With a mobile phone in the hands of nearly every Egyptian and three large companies vying to provide customers with affordable mobile services, the telecommunications industry is often touted as one of the most competitive and successful of the country's privatized industries.

But according to telecommunication executives and experts, the industry is not quite the beacon of free market competition it appears to be, and plans for the sector could lead to greater government presence in the market.

The government’s plan is to give the mostly state-owned Telecom Egypt an operating license to provide mobile services.

Ashraf Halim, deputy chairman of Egyptian mobile service provider Mobinil, cried foul against Telecom Egypt for trying to make the jump into the wireless sector, saying it would monopolize the market.

Halim told Egypt Independent that Mobinil does not see the introduction of a new company on the scene as economically feasible, “as Egypt’s mobile market is saturated with a penetration rate of about 108 percent, with mobile airtime at its lowest rate ever, and the three operators’ profits down.

“Such an environment is not the right one for a new license, economically or business-wise,” he says.

Halim’s biggest objection to the deal is that Telecom Egypt also has complete ownership of the country’s fiber optic cables, the infrastructure that allows mobile networks to transfer data at nearly the speed of light.

If Telecom Egypt were also allowed to provide mobile services, the other three companies — Mobinil, Etisalat and Vodafone — should have equal access to Telecom’s fiber optic networks, he told Al-Masry Al-Youm in mid-August.

Amid the controversy, recently appointed Communications and Information Technology Minister Hany Mahmoud postponed the administration of the license, saying further consideration was needed.

The dispute has shed light on one of Egypt’s fastest-growing and most lucrative industries, and the government’s recent attempts to get a hand in it.

In 1998, the Arab Republic of Egypt National Telecom Organization was broken up and denationalized. From its remains emerged Telecom Egypt, a state and privately held company that is required by law to be majority-owned by the government.

The same year, Mobinil received the country’s first private license to offer Global System for Mobile communication services, or GSM, which allows users to go from country to country without switching phones. Vodafone followed in 2001, then under the name of Click GSM.

Etisalat, a division of the Emirati national telecommunications provider, became the country’s only provider of 3GS services, which allow phone users rapid Internet browsing, when it was licensed in 2006.

By the mid-2000s, mobile phones had begun to spread across all sectors of society, and Egypt’s market division seemed to be a fairly reasonable oligarchic one.

But a closer look shows how the government has taken steps to remain in the market.

“What appears to be a competitive and diverse market is really subtly controlled by the state, for both economic but also political purposes,” says Nagla Rizk, associate dean of graduate studies and research and associate economics professor at the American University in Cairo School of Business.

Rizk is the author of a chapter on Egypt in a forthcoming book on global media concentration. After extensive data gathering, she doubts the government will exit the industry anytime soon.

“The government exerts control over the mobile market in two ways: through indirect ownership and by monopolizing the country’s optic fiber backbone,” she says.

The indirect ownership referred to by Rizk is Telecom Egypt’s ownership of 45 percent of the shares of Vodafone.

Telecom Egypt is also the country’s sole provider for land line phone services, an area of investment reserved for the government.

As for the fiber optic networks, Telecom Egypt shows no sign of relinquishing them.

Halim says the three companies have attempted to invest in their own fiber optic networks but have been met with serious obstacles by the government.

When Mobinil and the other companies proposed licenses to create their own international calling networks and their own fiber optic networks, Halim told Al-Masry Al-Youm that they were set “impossible conditions” by the government, which included paying LE2 billion in fees and LE20 for each new customer.

Egypt is not the only country to have single-ownership of its mobile network infrastructure. For years, France Telecom owned nearly all the country’s telephone lines, renting them to other providers. But its competitor Iliad is now entering the market, building its own fiber optic cables with hefty loans from the European Investment Bank.

The problem, industry sources such as Halim say, is that entering the market is not easy here, and the government likes to keep it that way.

In what seemed an attempt to calm worries about the license, Mahmoud called on 20 August for a meeting to be scheduled for Egypt’s telecom giants on how the sector can help the Egyptian economy through the transition period.

“The government will not impose suggestions on the companies but will rather encourage them to offer their own suggestions,” he says.

He also confirms that Telecom Egypt is still being considered for licensing as a mobile provider, but notes that if the license is given, the company will finance the expansion by selling its Vodafone shares.

It’s clearly in Telecom Egypt’s best interest to keep the fiber optics to itself, as well. The company reported a 25 percent drop in its overall revenues in the second quarter of this year.

Demand for landlines, relatively complicated and expensive to install for many Egyptians, has declined significantly with the advent of the mobile phone. Telecom Egypt increasingly relies on its broadband Internet services, which now make up nearly 28 percent of its revenue from retail customers.

Its planned venture into mobile services, it seems, would be a wise financial decision to keep up with the times. But it could have greater consequences.

The National Telecom Regulatory Authority, the body responsible for issuing new telecom licenses, did not respond to Egypt Independent’s requests for comment by the time of publishing.

Government intervention in one step or component of an industry, Rizk maintains, is one of the best indirect ways for it to exert its control while keeping up the appearance of competition. She points to the example of government control over the printing and distribution business of print media, despite opening up the market to privately owned newspapers.

“Things are not as competitive as they need to be, because, at the end of the day, there’s one company that holds the pipe,” she says.

Had the government not been so entrenched in the mobile industry, its infamous communications blackout during the mass protests of January last year — meant to halt protester coordination — would not have gone off so easily.

Companies have claimed they were bound by operating license to shut down services at the government’s order. But as a shareholder in Vodafone and Etisalat, and owner of the fiber optic network, the government orders were likely difficult to ignore.

The telecommunications industry has until now served the people well in one sense. Continuous competition between the three companies in customer services has helped keep prices low and services efficient.

In that spirit, Rizk doesn’t object to the issuing of the fourth license, as long as the selection is fair and impartial.

“There is no reason why anyone should get any privilege or priority,” she says. “I would like a fair chance for everybody to apply.” 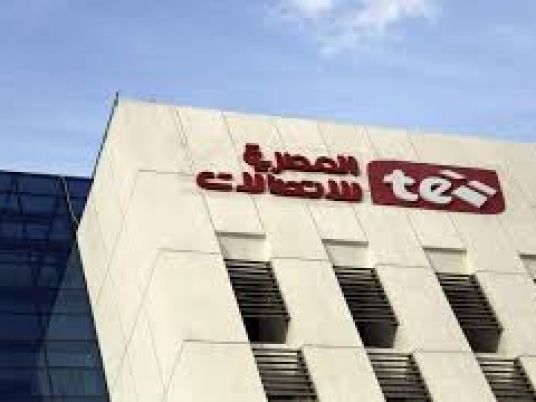 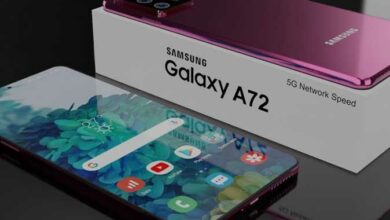