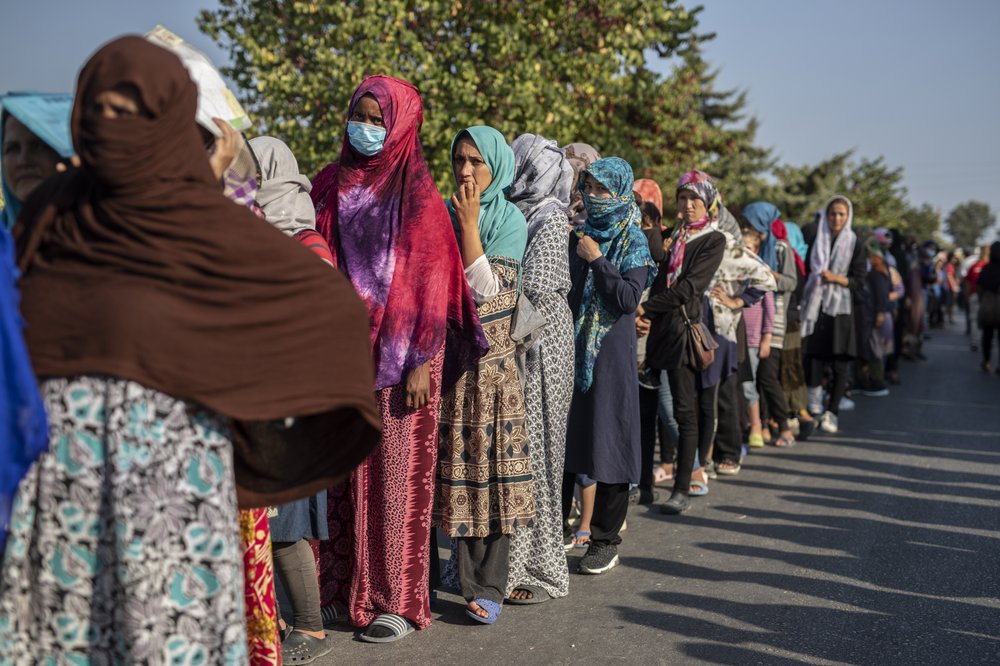 LESBOS, Greece (AP) — Greek authorities said Sunday that some 12,000 migrants and asylum-seekers left without shelter after fires gutted an overcrowded refugee camp on the island of Lesbos will be moved to a new army-built tent city “in the coming days.”

Migration Minister Notis Mitarakis said an estimated 1,000 forever residents of the Moria camp were expected to relocate to the tent city by late Sunday and that getting everyone housed at the new site would take several days.

“At the moment, it’s happening on a voluntary basis in the initial stage,” Mitarakis told Greek television station Open TV.

Thousands of people have since camped out on a stretch of highway near Moria under police guard following more protests against the Greek government refusing to allow the homeless migrants to leave Lesbos for the Greek mainland.

Mitarakis said that those entering the new camp would undergo rapid testing for the coronavirus and that five cases so far have been identified.

Image; Migrants wait in a queue for food distribution near Mytilene town, on the northeastern island of Lesbos, Greece, Saturday, Sept. 12, 2020. Greek authorities have been scrambling to find a way to house more than 12,000 people left in need of emergency shelter on the island after the fires deliberately set on Tuesday and Wednesday night gutted the Moria refugee camp. (AP Photo/Petros Giannakouris)