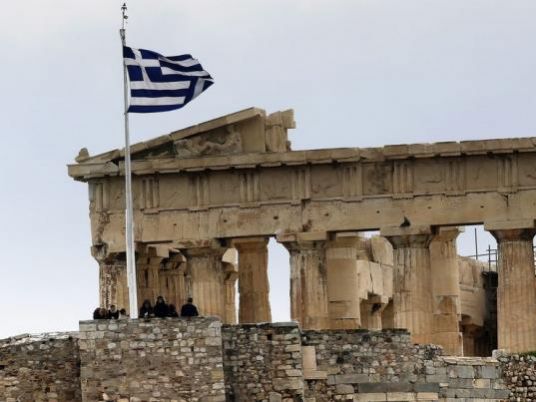 From now on Greece will manage without an EU safety net. After eight years of aid, the financially troubled country appears to be on the road to recovery. Yannis Papadimitriou reports.

It’s been a peculiar summer, says Polyxeni Koutsantoni, the owner of a beach bar in Marathon, on Greece’s east coast. “In June we had heavy rains, at the end of July our coastal region was plagued by devastating wildfires, and nonetheless I have the impression that there are more holidaymakers around and that they’re even spending a bit more money,” she tells DW. The change is not a dramatic one, of course, and the carefree holiday atmosphere of before the debt crisis still hasn’t returned. “But you do notice that people have been feeling a bit more relaxed of late,” she says.

The energetic Koutsantoni and her husband have run the beach bar for 25 years. Most of their customers are Greek, but lately a lot of Russian and French tourists have been coming to Marathon as well. When things get hectic, her three daughters have to help out. There’s no question of employing extra staff. “You’ve got to keep costs down, especially in times of crisis,” she warns, and laughs: “Reduce costs and be patient – that’s my motto.”

It’s a motto that could just as well apply to the whole of Greece. The countryexits the Eurozone bailout plan on Monday. Politicians in Athens and Brussels have all declared the debt crisis over. But this small business owner doesn’t believe her country’s economic problems have really been solved. The best example is tourism, which is also regarded as the most important pillar of the Greek economy. The sector provides a quarter of the country’s income, and that figure is increasing. Taxes and other duties are high, though: “VAT on services alone is 24 percent. No one can stick that long-term,” Koutsantoni complains.

Greek pensioners have had to cope with particularly harsh cuts. People like Mary Tsoni, a retired dentist from Athens, worked for 35 years; she had her own practice, and also worked for what was the country’s biggest health insurer. She had made provision for a monthly pension of more than €1,000 ($1,100), but since the start of the debt crisis that’s been cut in half.

There may be more cuts from 2019 onwards, and on top of this the annual tax-free allowance has been reduced. Nonetheless, Mary Tsoni doesn’t want to grumble. “I’m lucky, after all, because both my children are working and are able to feed their families,” she tells DW. In these difficult times, that’s not a given. Other pensioners are having to use their meager income to support their unemployed children or grandchildren financially.

They can only hope that Greece will put in place organized and affordable social services in future, the 80-year-old says. According to Tsoni, many individuals and NGOs did help out people in need in times of crisis – but social policy isn’t a question of charity. The state must take responsibility, she says.

Tsoni has no idea what’s in store for the country once the rescue package comes to an end. She’s a fundamentally optimistic person, though: “It can only get better,” she says. “And I want it to get better, too. Not for myself – I’ve lived my life – but for the young people who have to fulfil their obligations, and bring up children, who will also retire one day.”

Glass half full or half empty?

Anyone keen to be optimistic about Greece’s future does have good reason to be so. For the first time since the start of the debt crisis, there was a clear upturn in the economy in 2017. Even higher growth – 2 percent – is predicted for 2018. Exports rose by 13 percent in the first quarter of this year.

For many years now, the government budget has shown what’s known as a primary surplus. This means that the state treasury’s revenue has been higher than its expenditure – though this doesn’t include interest payments to the international lenders. The Greek finance minister, Eukleid Tsakalotos, promises an even higher surplus of up to 5.2 percent by 2022 and beyond. That was the prerequisite for the debt relief that was arranged for Greece in June.

The other side of the coin is that debt relief goes hand-in-hand with fresh rounds of cost-cutting. And despite all the reform measures put in place since 2010, Greece’s debt is still 180 percent of its economic output – an even higher debt ratio than before the crisis. No grounds for optimism after all, then?

Panagiotis Petrakis, an economics professor at the University of Athens, explains the apparently contradictory economic data. “Growth rates and primary surpluses are the proof that the Greek economy is returning to normal. Tourism and the construction industry are benefiting from this. But our economic model hasn’t changed.” And if it doesn’t, he says, debt will once again be an issue, at the latest in 15 or 20 years’ time.

But Polyxeni Koutsantoni sees opportunities for Greece, at least as far as tourism is concerned. “Greece isn’t all just beach holidays,” she says. “It has much more to offer, everything from the many winter sports centers to religious tourism.”

Germany reaches deal on sending back migrants to Greece