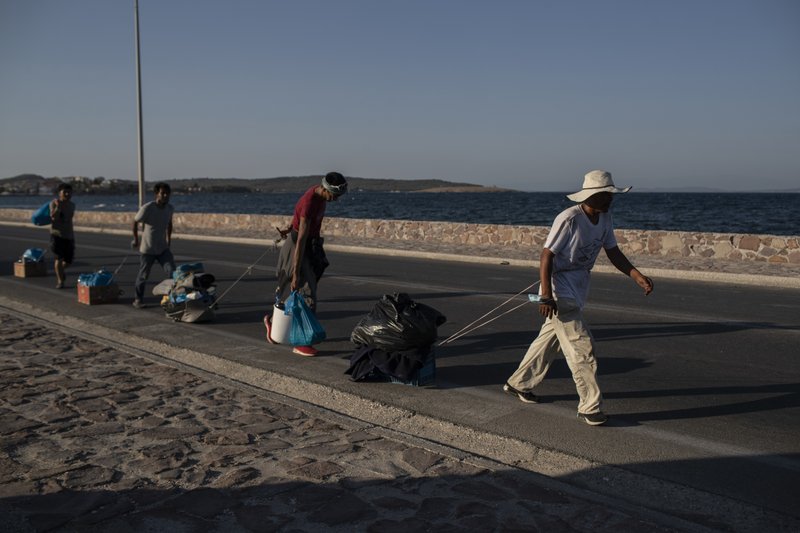 KARA TEPE, Greece (AP) — Greece’s migration minister said Tuesday that the government will use force, if necessary, to move homeless migrants to a new tent city after fires at an overcrowded refugee camp left thousands of people without shelter on the island of Lesbos.

Some 12,000 people fled the fires that gutted the Greek island’s Moria camp last week. Many are refusing to leave a nearby road where they have camped out for almost a week, fearing they could be detained at the tent city for months.

Only 800 of the 5,000 available places at the temporary army-built site have been filled, officials said Tuesday.

Migration Minister Notis Mitarachi said efforts to relocate migrants on a voluntary basis, with the help of government translators and pamphlets being distributed to asylum-seekers, were continuing.

But speaking to Greek broadcaster Mega TV, he added: “If this is not possible through discussion, then the police will have to be used. It is their obligation to be moved to the new site.”

Mitarachi said it would take at least six months to build a permanent structure to replace the Moria camp, acknowledging that migrants and refugees would spend the winter in tents.

Image:Migrants pull their belongings as they walk on a road near Mytilene town, on the northeastern island of Lesbos, Greece, Monday, Sept. 14, 2020. Greece’s prime minister demanded Sunday that the European Union take a greater responsibility for managing migration into the bloc, as Greek authorities promised that 12,000 migrants and asylum-seekers left homeless after fire gutted an overcrowded camp would be moved shortly to a new tent city. (AP Photo/Petros Giannakouris)

Greece: Homeless migrants will be housed ‘in coming days’