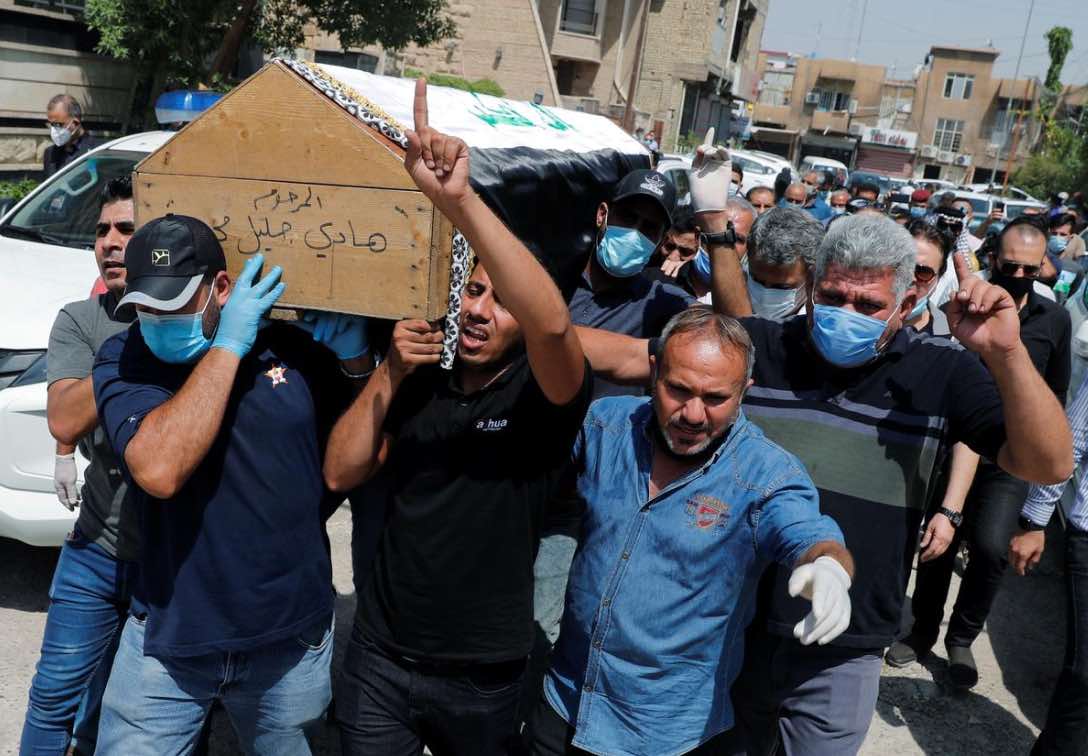 BAGHDAD (Reuters) — Gunmen in Baghdad shot dead a well-known former government advisor and political analyst near his home on Monday in a rare high-profile killing in the Iraqi capital, government officials, police sources and medics said.

The government officials described the killing of Hisham al-Hashemi, who had written about politics, Islamic State and the role of Iran-backed militias in Iraq, as a targeted killing but did not point the finger at any particular group.

There was no immediate claim of responsibility for Hashemi’s killing.

It comes at a time of rising tension between the new government of Prime Minister Mustafa al-Kadhimi and powerful Iran-backed militias and political parties who oppose him and accuse him of siding with the United States.

Police sources said two gunmen on a motorbike carried out the killing, with one shooting him outside his house in the Zayouna district in eastern Baghdad.

Hashemi, who was well-connected with politicians, activists and paramilitary officials, worked as an advisor to former Prime Minister Haider al-Abadi and informally with the government of current Prime Minister Mustafa al-Kadhimi, a government official said.

Kadhimi issued a statement offering his condolences. Iraq’s state paramilitary organization, which is dominated by Iran-backed groups, called for an investigation of his death.

The new prime minister has come under increasing pressure from Iran-aligned militias since he took office in May.

An arrest raid that targeted one of the most hardline Iran-backed militias last month angered paramilitary groups, which pressed the government to release those detained.

Most of the militiamen were released almost immediately.

Kadhimi presides over a government which must balance the competing interest of the United States and Iran, Iraq’s two main allies.

The United States wants the Iraqi government to put a stop to regular rocket attacks on US facilities, which Washington blames on Iran-backed militias.

Iran’s allies in Iraq demand a withdrawal of US troops from the country, which the United States invaded in 2003, toppling dictator Saddam Hussein and paving the way for Iran to entrench its influence over Baghdad.

Kadhimi took office after being viewed as acceptable to both sides.

Image: Mourners carry the coffin of former government advisor and political analyst Hisham al-Hashemi, who was killed by gunmen, during the funeral in Baghdad, Iraq July 7, 2020. (REUTERS/Thaier al-Sudani)