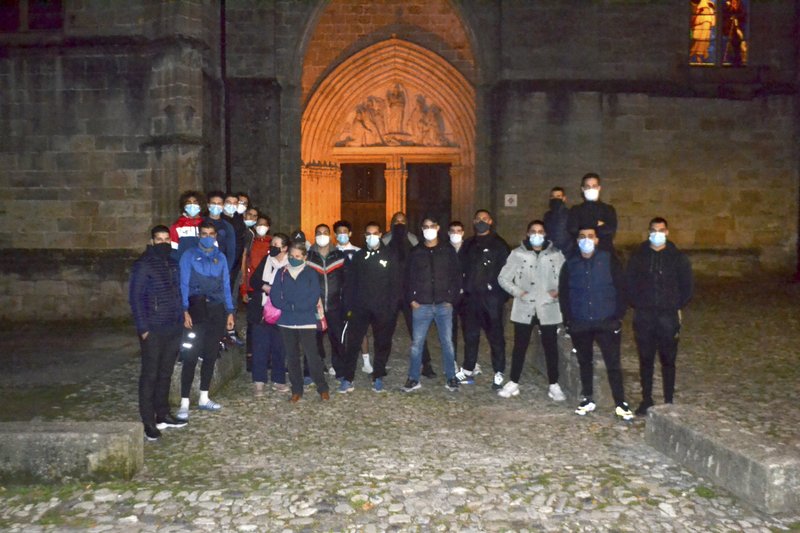 PARIS (AP) — As a French-born Muslim, Elyazid Benferhat’s stomach turned when he heard about a deadly Islamic extremist attack on a church in Nice. Then he decided to act.

A self-described man of peace and pragmatism, Benferhat and a friend gathered a group of young Muslim men to stand guard outside their town’s cathedral for the All Saints’ holiday weekend, to symbolically protect it and show solidarity with Catholic churchgoers.

Parishioners at the 13th-century church in the southern town of Lodeve were deeply touched. The parish priest said their gesture gave him hope in a time of turmoil.

Benferhat, speaking with a distinctive southern French accent, identified himself as “more French than anything.” While his mother was born in Algeria, he was born in France and grew up speaking only French. “But I am also Muslim … and we have seen Islamophobia in this country, and terrorism,” he told The Associated Press.

“In recent years, I’ve had a pit in my stomach,” because every time Islamic extremist violence strikes France, he said, French Muslims face new stigmatization, even though “we had nothing to do with it.”

He called the beheading of a teacher near Paris last month — targeted because he showed his class caricatures of the Prophet Muhammad for a debate on free expression — an act of “unbelievable, unprecedented cruelty.”

Then when three people were killed last Thursday in the Notre Dame Basilica in Nice, Benferhat said he was so sickened that he wanted to do something “so that everyone wakes up.”

Benferhat, who works for French oil company Total and coaches at a local football club, talked to a Muslim friend who was in Nice that day, “and we had this idea. We needed to do something beyond paying homage to the victims. We said, we will protect churches ourselves.”

They recruited volunteers among their friends and at his football club, and guarded the church that night and again for Sunday Mass. He said they also coordinated with local police, after France’s government promised to increase security at sensitive religious sites.

“It’s very good, these young people who are against violence,” the cathedral’s priest, the Rev. Luis Iniguez, told the AP.

When a local newspaper published a photo of parishioners posing with their Muslim guards, Iniguez hung it inside the Gothic cathedral, which serves as an anchor for town life. “People were happy to see that,” he said, especially amid recent concerns about tensions between France and the Muslim world, on top of ongoing fears of the virus.

The small-town gesture drew national attention, and with it, online invective from some far-right voices.

But Benferhat said the response has been “90 percent positive.”

His group is considering how to take the idea forward, and would like to do it again for Christmas, and for other towns to follow Lodeve’s lead. But for now all religious services in France are banned at least until Dec. 1 to try to slow fast-rising virus infections.

Whatever he does next, he says, “it will come from the heart.”

Photo: This photo taken on October 29, 2020 shows a group of Muslim volunteers protecting the Saint-Fulcran cathedral In Lodeve, southern France. A group of French Muslims stood guard outside the Saint-Fulcran Cathedral in Lodeve for the All Saints’ holiday, to protect it from eventual violence and show solidarity with Catholic churchgoers. Many welcomed the initiative, organized by local residents as a gesture of peace after a deadly Islamic extremist attack on a church in the French city of Nice. (Alain Mendez via AP)