LONDON, Dec 8 (Reuters) – With tensions high between Moscow and Western powers, Russia faces the risk of new sanctions, possibly the severest yet, that would aim to dissuade President Vladimir Putin from attacking neighbouring Ukraine.

With tens of thousands of Russian troops massed near the Ukraine border, raising fears of an invasion, U.S. President Joe Biden has warned Putin of “strong economic and other measures”.

The Kremlin has denied harboring any intention to attack Ukraine and has said a troop buildup on its southern border is defensive, but neighboring nations are sounding the alarm.

Russia has been subject to curbs since its 2014 annexation of Crimea in 2014, with more added after the poisoning of a former spy in Britain in 2018 and the Mueller report on Russia’s alleged U.S. election meddling.

Without these sanctions, Russia could have enjoyed additional annual growth of 2.5% to 3.0% a year from 2014-2020, economists Daniel Ahn and Rodney Ludema calculate.

The International Monetary Fund forecast in 2015 that sanctions could reduce real Russian output by 1-1.5% of GDP via weaker investment and consumption.

Here are some way financial sanctions may target Russia:

One of the harshest measures would be to disconnect the Russian financial system from global SWIFT interbank payments, making international financial transactions nearly impossible.

“SWIFT is so crucial for any payments, any flow of money, just for them to sell their oil,” said Max Castle at Mediolanum Irish Operations. “Any external financing would become very difficult.”

Like China, Russia has set up its own banking messaging system, known as SPFS, as an alternative to SWIFT – something officials say should partially mitigate the blow should Russia be disconnected from SWIFT.

Access to Russian bonds has become increasingly restricted and these curbs could be further tightened, possibly by banning secondary market participation.

Sanctions imposed in 2015 already made future Russian dollar debt ineligible for many investors and indexes such as JPMorgan’s EMBI Global.

Those measures have cut Russia’s external debt by 33% since early 2014, from $733 billion to $489 billion in the third quarter of this year.

The reduction might look like a positive for Russia, but it also means “a country is deprived of financial resources that could contribute to its economic development, and the reduction of Russia’s external debt was not voluntary,” said John Plassard at Mirabaud.

Led by Russia’s Gazprom (GAZP.MM), the Nord Stream 2 pipeline will carry gas to Europe. But it’s not yet operational and awaits certification from Germany’s regulator, which recently suspended the process.

With Olaf Scholz taking over as Chancellor from Angela Merkel, Berlin’s position is not yet clear. However, U.S. officials have told members of Congress they have an understanding with Germany to shut Nord Stream 2 if Russia invades Ukraine. read more

Washington has already imposed sanctions in connection with the pipeline in November, targeting Russia-linked Transadria Ltd.

The United States and the EU already have sanctions on Russia’s energy, financial and defence sectors, but the White House has said Russia’s biggest banks could be targeted, alongside Moscow’s ability to convert roubles into dollars and other currencies. read more

Sanctions applied to individual firms often cause sector-wide pain, according to former U.S. State Department economist Mark Stone, as they make investors nervous the curbs would be widened or that they would be unable to differentiate.

Sanctioning individuals via asset freezes and travel bans is a commonly used tool and can sometimes resonate widely.

Britain imposed sanctions in April on 14 Russians under a new law giving the UK government the power to penalise those it says are credibly involved in the most serious corruption abroad. 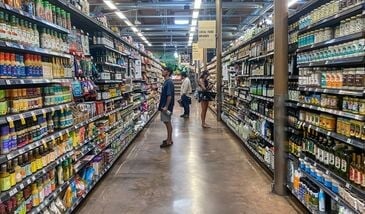 Analysis: As Russia raises nuclear specter in Ukraine, China looks the other way