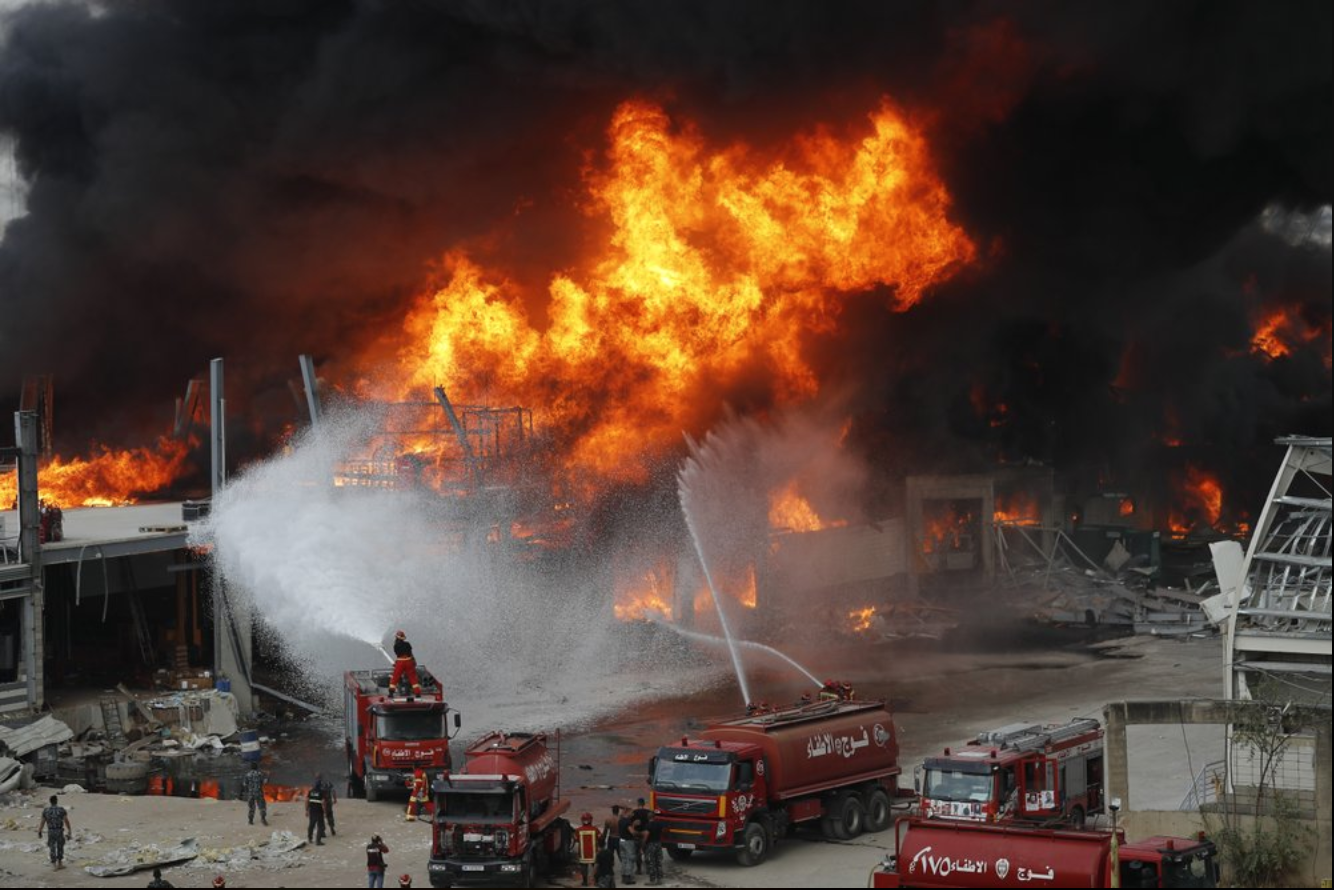 BEIRUT (AP) — A huge fire broke out Thursday at the Port of Beirut, triggering panic among residents traumatized by last month’s massive explosion that killed and injured thousands of people.

It was not immediately clear what caused the fire at the facility, which was decimated by the August 4 explosion when nearly 3,000 tons of ammonium nitrate detonated, triggering a shock wave explosion that blasted windows, doors and walls miles away.

A column of black smoke billowed from the port at midday Thursday, with orange flames leaping from the ground. The Lebanese army said the fire is at a warehouse where oil and tires are placed in the duty free zone at the port adding that fighting the blaze is ongoing and that army helicopters are taking part in the operation.

Panicked residents — still struggling to get over last month’s catastrophic explosion — cracked open windows and called each other to warn them of the new fire. Local TV stations said the companies that have offices near the port have asked their employees to leave the area. Lebanese troops closed the major road that passes near the port referring traffic to other areas.

The August 4 explosion killed more than 190 people, injured around 6,500 and damaged thousands of buildings in the Lebanese capital. The sight of another huge fire a month later created panic among residents traumatized by last month’s explosion.

State-run National News Agency said the fire was at a warehouse where tires are placed. It added that firefighters are dealing with the blaze. Army helicopters were taking part in efforts to extinguish the fire.

A video circulating on social media showed workers at the port running away in fear as soon as the fire broke out, a chilling reminder of last month’s blast that killed dozens of port employees and 10 fire fighters.

Beirut Governor Marwan Abboud and authorities called on people to stay away from roads leading to the port to allow fire engines to move quickly.

Police spokesman Col. Joseph Msalam said they have no information about what is happening at the port adding that the facility is currently under control of the army.

Asked about reports that the fire was caused by burning tires and oil, he said: “I don’t know. It could be containers. I really don’t know what is there.”

It was the second fire at the port this week. On Tuesday, a small fire erupted, also creating some panic, that was quickly extinguished.

Photo: Fire burns in the port in Beirut, Lebanon, Thursday, Sept. 10. 2020. A huge fire broke out Thursday at the Port of Beirut, triggering panic among residents traumatized by last month’s massive explosion that killed and injured thousands of people. (AP Photo/Hussein Malla)