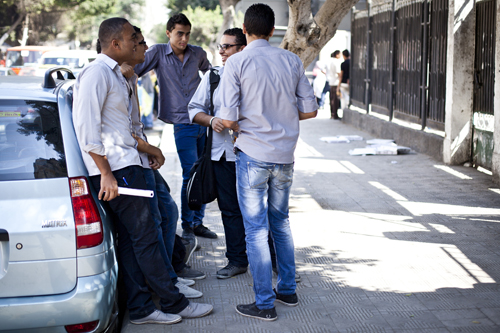 A few days ahead of the new academic year, Egypt is launching its first national campaign to tackle bullying among school students, with the cooperation of the United Nations Children’s Fund (UNICEF).

The campaign is also funded by the European Union, and is under the auspices of the National Council for Childhood and Motherhood, and the Egyptian Ministry of Education.

Youssra Allam, the Minister of Education’s marketing adviser, stressed that the goal of the campaign is to raise awareness of the dangers of bullying among school children. It also aims to highlight the role of teachers and parents in eradicating the phenomenon.

A global UNICEF study found that between 29 and 47% of children aged 13 to 17 have reported physical violence among their classmates.

Allam defined school bullying as “deliberate negative acts by one or more students to harm another student, which is repeated over time”. These negative acts can include threats, rebukes, teasing and insults, or involve physical contact such as beatings, pushing and kicking. According to Allam, the act can even happen without words or physical exposure – through flattering faces or inappropriate signs, which deliberately intend to isolate the student from the group.

The campaign began its activities on social media from August 29 2018, and will commence its television and offline campaigns from September 6, 2018.

The campaign calls on young people in Egypt to post the hashtag #IAmAgainstBullying, and share their own experiences and vision to confront the phenomenon.

“Bullying disrupts the right of children to play and to learn. All children will benefit from a culture that refuses and speaks up against bullying, and keeps them safe from harm,” remarked Bruno Maes, UNICEF Representative in Egypt.