“The conference, held in Mardin in Southwestern Turkey, found that there no longer exists any context in which to apply the religious edicts of Ibn Taymiyyah, who lived in the 13th century and called for extremist violence and the division of Muslims into believers and infidels. Scholars, which attended the conference from all over the Arabic and Islamic worlds, said that ‘The religious edicts that extremist Islamists often cite to justify killing cannot be implemented in a world that respects the freedom of belief and civil rights.'”
In my opinion, the above news item, published in Al-Masry Al-Youm on 1 April, is significant on a number of levels. First, it reports that the Islamic world has been governed by the ideas of Ibn Taymiyyah since the 13th century right up to the present day. We might even say the events of 11 September, 2001 were an extension of these 13th-century ideas.
Second, it tells us that the Islamic world wants to be liberated from the thinking of Ibn Taymiyyah. And third, it tells us that, after Muslims free themselves from the specter of Ibn Taymiyyah, they will have to find an alternative way of seeing the world.
We then must ask: What did Ibn Taymiyyah actually think? And what is the alternative to his philosphy?
In his book entitled, “Avoiding Conflict between Figurative and Literal Interpretation,” Ibn Taymiyyah concluded that the Quran–which we received from the prophet, peace and prayers be upon him–is invariable, regardless of whether we understand its unchanging nature through the use of the intellect or not. Therefore, the fixed meaning of the text does not depend on the use of our intellect, and so it follows that any analytical interpretation of the Quran must agree with its literal meaning.
Ibn Taymiyyah proceeds to reject the idea that the Quran can be rationally analyzed in search of hidden meanings that differ from its outer, intuitive meaning, since, according to him, the Quran is explicit in its meaning and contains nothing hidden. But using the intellect to find the correct external and literal meaning of the Quran is acceptable, since it involves interpreting the Quran with the Quran.
One might respond by saying that the use of rationale when reading the Quran by its very nature involves the acceptance of figurative meaning, and that such a process qualifies as Quranic interpretation as laid down by Ibn Rushd (Averroes). Ibn Taymiyyah would reject this assertion, however, saying that this represented an attack on the idea of prophethood. He would also reply that this type of interpretation constitutes “rearranging the text and violating the consensus of the ancestors (el-salaf).”
The word “consensus” here means the notion of subjecting the mind to the text as it is received. In turn, “subjecting the mind” involves relinquishing the use of the figurative when interpreting the Quran, since, according to him, the text is not figurative.
Ibn Taymiyyah thus concludes that those who interpret the Quran are infidels since they deviate from Islamic consensus, and that to combat them therefore represents a religious duty. From this, the intimate relationship between the practice of declaring someone an infidel and the necessity of killing them develops.
This idea became a central tenet in Wahhabism, which began flourishing in the 18th century in the Arabian Peninsula, and among the Muslim Brotherhood in the 20th century. Both Wahhabism and the Muslim Brotherhood are founded on the ideas of Ibn Taymiyyah, which explains the similarity between the two doctrines.
But if the Islamic world wishes to be liberated from the thinking of Ibn Taymiyya, what’s the alternative?
I think the answer lies in the ideas of Ibn Rushd, who was the principal opponent of Ibn Taymiyya’s line of thought. He recognized that there was no such thing as “consensus” when it came to interpretation, and, furthermore, that one cannot be declared an infidel for how one interprets the Quran. As the Quran itself states: “Let whoever wishes believe, and let whoever wishes disbelieve.”
This means the believer does not have the right to take away the unbeliever’s free will, and vice versa. This, in turn, means that believer and unbeliever are traveling together on the path towards a better life. If the Islamic world wants to step into modernity, this way of seeing things must become the norm.
Translated from the Arabic Edition. 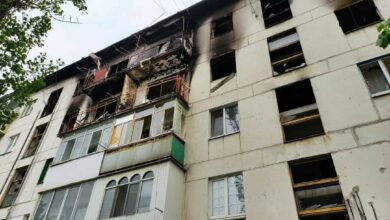