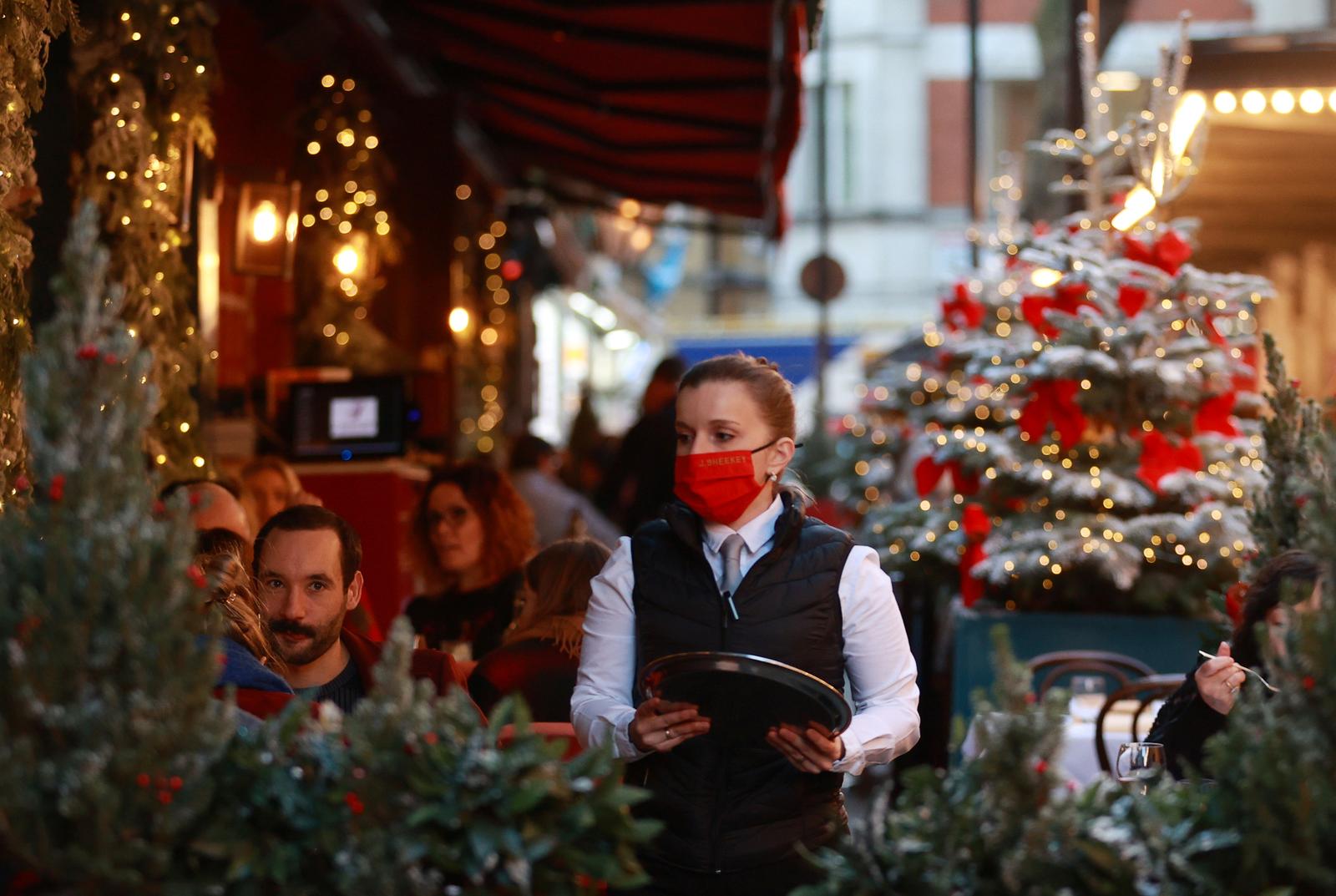 LONDON (Reuters) – British Prime Minister Boris Johnson said on Wednesday he would not outlaw Christmas gatherings, resisting pressure from some doctors to ban festive family get-togethers as the number of COVID-19 cases soared in London and other areas.

After imposing the most onerous restrictions in Britain’s peacetime history, Johnson is now keen to avoid becoming the first leader since Oliver Cromwell in the 17th century to cancel Christmas, even though the United Kingdom has the sixth worst official COVID-19 death toll in the world.

Hours after pubs and restaurants were forced to close again in London to tackle a worsening outbreak, Johnson said plans to ease restrictions for five days from Dec. 23 would go ahead.

“By being sensible and cautious, not by imposing endless lockdowns or cancelling Christmas…that is the way we will continue to work together to keep this virus under control, to defeat it and take the country forward.”

Johnson’s plans to relax restrictions for five days so three households can mix have been criticised by two influential medical journals and a number of health experts.

COVID-19 has battered the United Kingdom: The government’s most conservative death toll measure is 64,908, second only to Italy in Europe, while government borrowing is set to hit a peacetime high of 394 billion pounds ($531 billion) in 2020/21.

Medical views are divided with concern growing among cancer specialists, for example, that many cancers are going undiagnosed due to the public health focus on COVID-19.

One cabinet minister suggested people should make up their own minds about what precautions to take, and said some may want to wait for Easter to gather with their family given the risk to the elderly and the vulnerable.

Housing Secretary Robert Jenrick said it was not for government to tell people exactly how to behave.

“Easter can be the new Christmas for some people,” he said.

The leaders of Scotland and Wales, which set their own often-stricter rules, urged people to show restraint. Wales also toughened general restrictions further.

The roll out of COVID-19 vaccine developed by Pfizer and BioNTech has raised hopes that some semblance of normal life could return in 2021, though some families have said they will meet up for Christmas no matter what the government decrees.

A total of 137,897 people have been vaccinated in the past week, Nadhim Zahawi, the minister in charge of vaccine deployment, said on Wednesday.

But as cases soared across the south of England, London went into the highest tier of lockdown from midnight. Large parts of northern England have spent months living with the toughest restrictions.

The highest tier means that pubs and restaurants are closed, but shops are not. Still, revellers partied into the night in London’s Soho ahead of the restrictions.

One woman waved purple burlesque feather fans while dozens cheered with beers and some sang Karaoke in the streets for one last blast of revelry.

Some pubs and bars – one displaying a sign “Save Soho to help save livelihoods” – put on cut price drinks to shift stock before they closed. From Wednesday they are only allowed to serve takeaways.

Landlords and owners have complained that they risk going out of business without the Christmas trade.

Photos: Tips for a delightfully romantic Christmas dinner at home