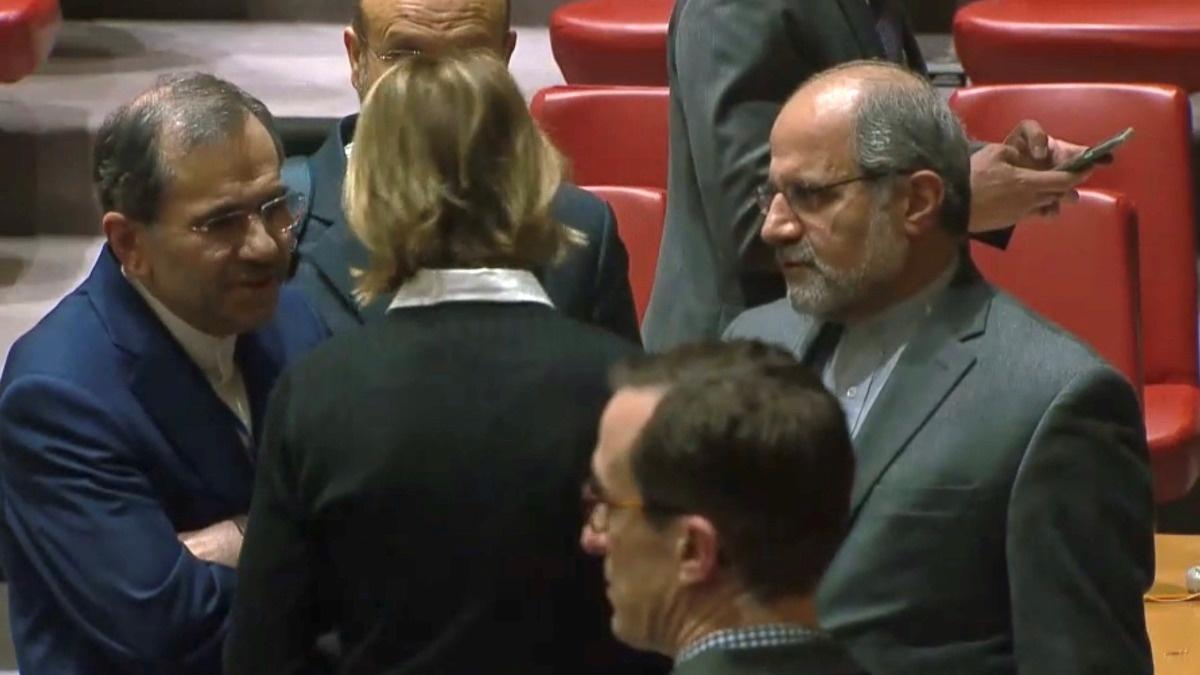 UNITED NATIONS (Reuters) – The US Ambassador to the United Nations made a rare compassionate public gesture toward her Iranian counterpart in the Security Council chamber on Thursday, expressing condolences over the death of an Iranian toddler.

Since Washington pulled out of the Iran nuclear deal in May 2018, tensions between the United States and Tehran have risen.
Related Coverage

Japan PM: seriously concerned about Iran scaling back nuclear deal commitments
Europeans to toughen up Iran stance but shy away from sanctions – diplomats

But after a contentious UN Security Council meeting on compliance with the 2015 accord between world powers and Iran, Ambassador Kelly Craft walked over to talk to Iran’s UN Ambassador Majid Takht Ravanchi.

Ravanchi had spoken about a two-year old girl during his statement to the 15-member council. He said the girl had died in June from a rare disease known as EB and blamed the death on US sanctions.

An official from the US mission to the United Nations said Craft was expressing her condolences to Ravanchi.

“It is not out of the ordinary for UN diplomats accredited to the UN to run into each other, or to have brief encounters, at HQ,” Miryousefi tweeted.

However, such direct interactions between Iranian and US officials have been very rare in the past years.

Since US President Donald Trump withdrew the United States from the nuclear deal, his administration has reimposed sanctions on Tehran with the aim of choking Iranian crude oil sales, the Islamic Republic’s main source of revenues.

While food, medicine and other humanitarian supplies are exempt from US sanctions, the US measures targeting everything from oil sales to shipping and financial activities have deterred several foreign banks from doing business with Iran, including humanitarian deals.

Ravanchi had told the council: “It is a shame that the US bullying has resulted in discontinuation of export of certain medicines to Iran, causing nightmare for some patients.”

“For instance, a European company, under the pressure of US sanctions, has stopped exporting special bandages for patients suffering from EB, a rare genetic condition resulting in easy blistering of the skin,” he said.

He then went on to tell the council that the Iranian toddler, named Ava, was unable to get the treatment she needed.

Craft had told the Security Council: “The United States is willing to engage in dialogue with Iran to negotiate a deal that will better serve international peace and security. But we will not sit idly by while Iran continues to destabilize the region.”

The Trump administration has complained that the 2015 accord did not go far enough in restricting Iran’s missile program or its proxy wars in the Middle East.

Image: US Ambassador to the United Nations Kelly Craft speaks with Iran’s UN Ambassador Majid Takht Ravanchi in the UN Security Council chamber in New York City, US in a still image from video taken December 19, 2019. UN TV via REUTERS.

Iran ready for more prisoner swaps with US, not negotiations