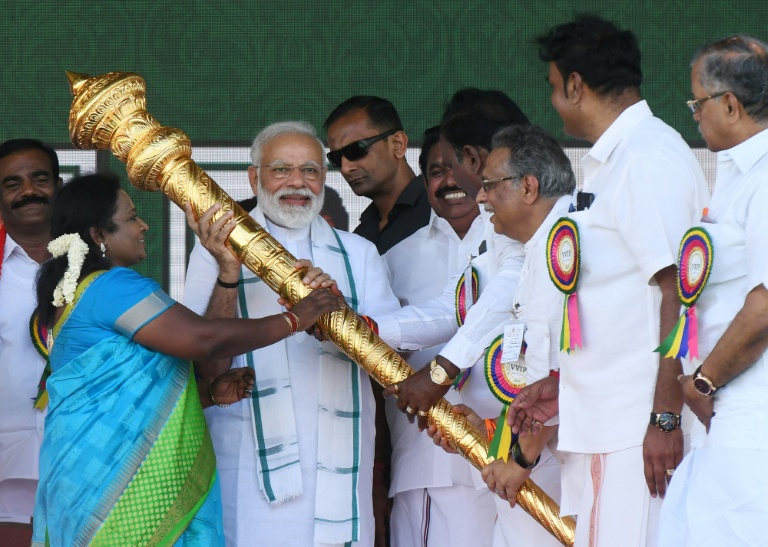 India is set to announce Sunday the dates for a national election that will see hundreds of millions of voters cast their ballots in the biggest democratic exercise on Earth.

The Election Commission has called a press conference for later Sunday where the timeline for India’s mammoth multi-week polls will be unveiled, a senior government official told AFP.

More than 800 million voters from the Himalayan peaks to the deserts and tropical shores are eligible to vote for a new government for the next five years in an enormous democratic undertaking that will span several weeks.

They will elect 543 lawmakers to India’s lower house of parliament, the Lok Sabha, which governs the nation from the capital New Delhi.

The election will see Prime Minister Narendra Modi run for a second term against Rahul Gandhi, the latest scion of the Gandhi-Nehru dynasty to seek leadership of the world’s second-most populous nation.

They are the two strongest challengers from a field of hundreds of political parties from across the culturally and geographically diverse country of 1.25 billion.

Modi, whose right-wing party won an outright majority in the 2014 elections, enters the race in a strong position and his Bharatiya Janata Party (BJP) hopes to decimate Gandhi’s left-leaning Congress party once again.

His Hindu-nationalist political machine is riding on Modi’s personal popularity and an array of emotive issues, including renewed hostility with nuclear-armed rival Pakistan.

The prime minister has also sought to contrast his humble origins as a tea seller against Gandhi, the 48-year-old privileged half-Italian princeling of India’s most famous family.

But opinion polls have suggested ebbing support for the BJP, and even that it may fall short of the 272 seats it needs to form a government on its own.

Congress, which has ruled India for much of its time since independence from Britain in 1947, won three key state election victories in December, chipping into Modi’s core support base in the Hindi “Cow Belt” regions home to nearly half a billion voters.

He has also gone on the offensive over Modi’s economic record, with the Congress state wins attributed to the prime minister’s perceived failure to help impoverished farmers and to create enough jobs.

In the 2014 elections, 830 million people were eligible to vote but only 550 million cast their ballots.