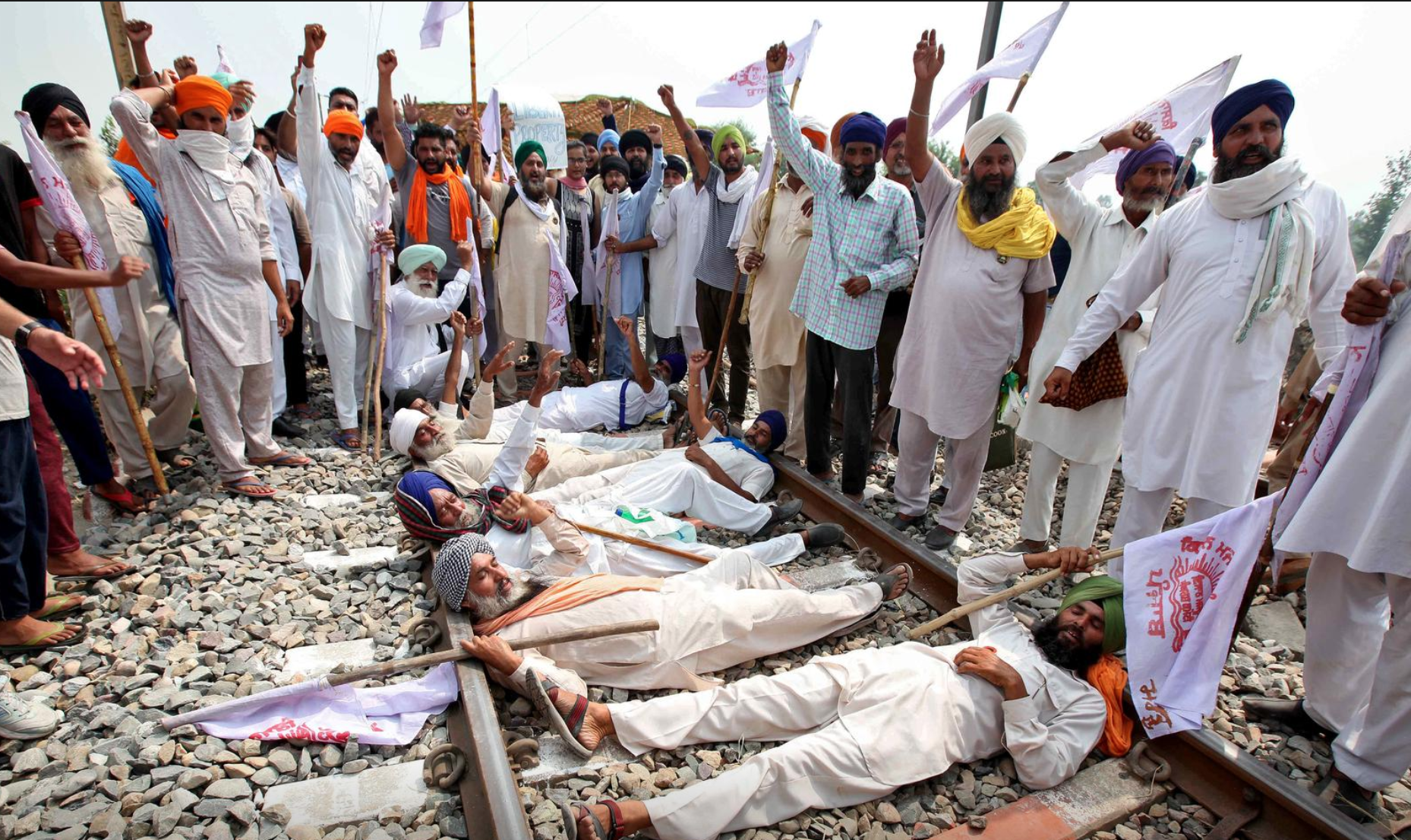 NEW DELHI/MUMBAI (Reuters) – Farmers in India blocked roads and railway tracks on Friday in a protest against new legislation that they say could pave the way for the government to stop buying grain at guaranteed prices, leaving them at the mercy of private buyers.

Prime Minister Narendra Modi’s government has defended the bills – recently approved by parliament – as reform measures that will help rid India’s vast agriculture sector of antiquated laws and allow farmers to sell to institutional buyers and big retailers like Walmart.

The government has also insisted that the new rules give the option to farmers to sell their produce to private buyers but it would still purchase staples such as rice and wheat at guaranteed prices.

But such assurances have failed to mollify millions of farmers who make up an influential voting bloc in states such as Punjab and Haryana – India’s northern farm belt that borders the capital New Delhi.

As part of a nationwide shutdown, more farmers are likely to hit the streets in states such as Punjab, Haryana, Uttar Pradesh and Madhya Pradesh where opposition parties are likely to join them.

Authorities on Friday had to cancel several train services on some routes, as farmers started blocking highways and railway tracks.

Police in various states have beefed up security in the hope of heading off any violence, especially around New Delhi.