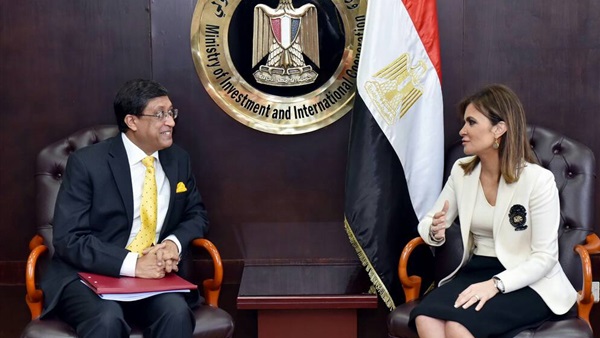 India’s Ambassador to Egypt, Sanjay Bhattacharyya, stated on Wednesday that the value of the Indian economy soared to $2.5 trillion following substantial investments in its commercial and technological sector, and that the number of Indian companies operating in different Egyptian sectors rose to 50, with the total value of Indian investments in the Egyptian economy reaching $3 billion.

In a session on the Indian economy and bilateral Egyptian-Indian investment opportunities in the Federation of Egyptian Industries, Bhattacharyya added that Egypt is one of India’s most important commercial partners in the Arab and African region, ranking 10th among Egypt’s export and import partners.

He said that “the commercial exchange increased by nearly 15 percent” in 2017, as a result of expansion and variety of commodities imported from and exported to Egypt.

Bhattacharyya added that his country has become one of global economic powers through programs such as ‘Made in India’, Digital India’, ‘Skills of India’, and the establishment of smart cities.

A book depicting India’s path to becoming one of the world’s major economic powers, named “India Moves Forward,” has been translated by the Embassy of India in Cairo to Arabic, he added, after being issued by the Indian Ministry of Foreign Affairs to share India’s success story with the developing world.

According to an index measuring economy competitiveness in 2017, India ranked 38th globally, and 15th in terms of logistics.

Egypt wants trade exchange with India increased to US$8 bn