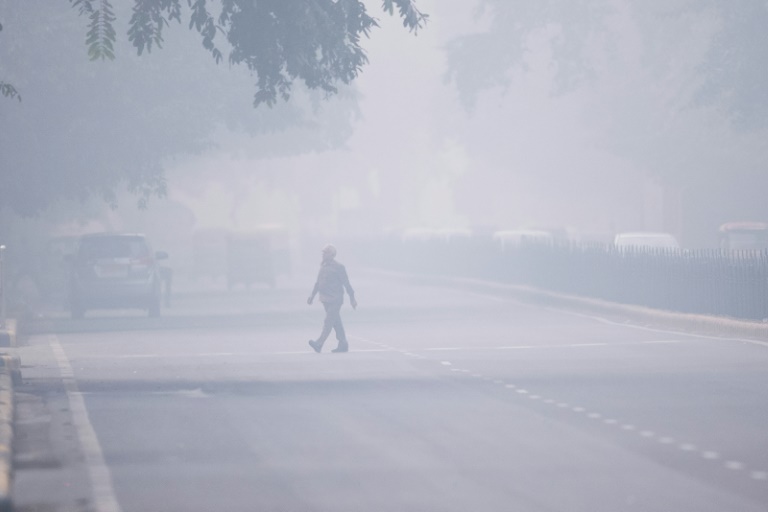 India’s top court has ordered a complete halt to stubble burning around Delhi, a major contributor to lethal smog that on Tuesday kept the metropolis of 20 million people choking in air rated “very poor”.

The Supreme Court said the capital’s residents were “losing precious years” of their lives, adding “people are dying, this just cannot happen in a civilized country”.

In a ruling following petitions filed by activists, the court’s judges ordered an immediate halt to the practice of farmers burning crop stubble in the states surrounding the capital.

They warned that the entire administrative and police hierarchy — all the way down to local officers — would be held responsible if the practice continued.

Burning stubble is already illegal, but many hard-up farmers say they have no choice.

On Sunday pollution shot up, with levels of particulates measuring less than 2.5 microns — so tiny they can enter the bloodstream — approaching 1,000 micrograms per cubic metre of air, the worst in three years.

Flights were diverted and hospitals reported a surge in patients with respiratory complaints.

Concentrations of the tiny particles — which can be lethal with long-term exposure — fell Tuesday, with the government monitoring agency SAFAR rating the air “very poor”, down from “severe” a day earlier.

According to the AirVisual website, Delhi remained the most polluted city in the world on Tuesday ahead of Kolkata in eastern India and Lahore in Pakistan. Beijing was in sixth place.

Construction was banned temporarily in Delhi late last week, while schools have been closed until Wednesday — with city authorities handing out free anti-pollution masks to children.

Authorities also parked a van with an air purifier near the Taj Mahal in a bid to clean the atmosphere that in recent years has damaged the iconic marble mausoleum, some 250 kilometres (150 miles) south of Delhi.

“We read in newspapers about pollution in India and bought masks once we landed in Delhi. The air is really bad here and we are worried about our children,” Neelofar, a tourist from Iran at the Taj Mahal, told AFP.

On Monday Delhi authorities moved to reduce traffic by rolling out a scheme allowing cars with odd and even registration numbers on the roads on alternate days.

Delhi’s chief minister Arvind Kejriwal, who has called the city a “gas chamber”, hailed the first day of the scheme as a success, with 1.5 million cars off the roads and traffic reduced.

Two thousand volunteers and more than 465 police and transport officials were deployed at intersections, handing out fines of 4,000 rupees (nearly $60) to 259 transgressors.

They included Vijay Goel, of Prime Minister Narendra Modi’s ruling party, who flouted the law in his saffron sports utility vehicle to protest what called a “stunt” ahead of upcoming city elections.

Exempt from the restrictions were Delhi’s seven million motorbikes and scooters, public transport vehicles, and cars carrying only women, stoking criticism that the measures were token.

“If air pollution was solely due to the vehicular traffic, then this would be a solution. Right now it cannot be a solution because motorised private transport has a very small share in the whole pie,” Singh told AFP.

Stubble burning is believed to account for nearly half the pollution.

Fourteen Indian cities including the capital are among the world’s top 15 most polluted cities, according to the WHO.

One study last year said that a million Indians died prematurely every year as a result.