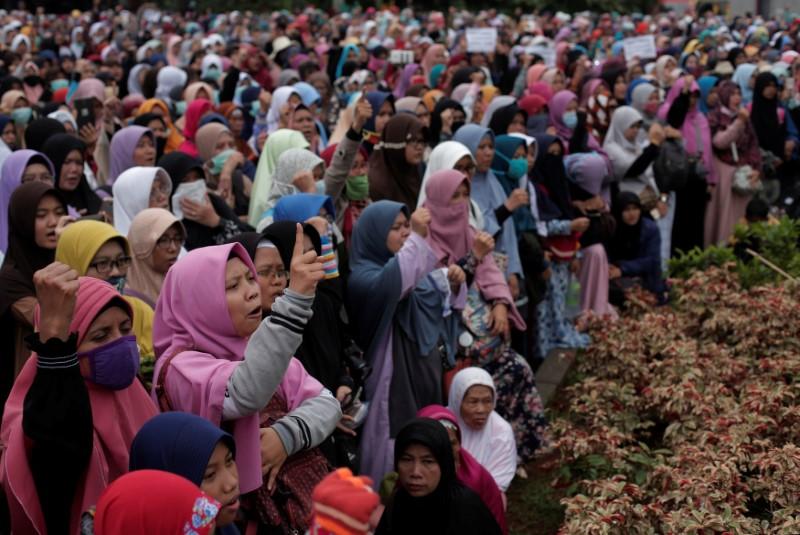 Indonesia’s Constitutional Court on Tuesday affirmed the rights of devotees of faiths outside the country’s officially recognized religions, in a move activists welcomed as a “new chapter for religious freedom”. Against a backdrop of rising intolerance toward minorities in the world’s largest Muslim-majority nation, the court said Indonesians would not be required to identify as either Muslim, Catholic, Protestant, Hindu, Buddhist or Confucian on their national identification cards.The ruling reviewed by Reuters followed a legal challenge by followers of some of Indonesia’s indigenous faiths.

Bonar Tigor Naipospos from the Setara Institute, a group that advocates for religious harmony, said Indonesians who refused to embrace one of the regulated religions on their identity cards had limited access to education, restricted employment opportunities and were denied legal marriage.

The Court recommended that a seventh, catch-all category be created – “Believers of the Faith” – for ID cards.“This is a new chapter for religious freedom in Indonesia for both government and followers of indigenous religions,” Naipospos said. “This is a door for the government to recognize their rights.”A spokesman for Indonesia’s president Joko Widodo could not immediately be reached for comment.Indonesia’s founding constitution says the state is based on the belief in the “One and Only God” but guarantees “each and every citizen the freedom of religion and worship”.However, blasphemy laws passed in 1965 stipulated only six religions would be protected. Subsequent regulations and laws effectively enshrined those as the only religions recognized by the state.“The ruling (on Tuesday) means the end of Indonesia recognizing only six religions,” said Andreas Harsono of Human Rights Watch.In the 2000 census, about 400,000 people identified as holding beliefs outside the six main religions, although Harsono said this probably underestimated the extent of believers in non-recognized faiths.Across Indonesia’s vast chain of islands, more than 200 distinctive native faiths, such as the Sundanese people’s Wiwitan, the Dayak’s Kaharingan and the Torajan’s Aluk To Dolo survived even as Buddhism, Hinduism and Islam dominated during different eras.Its people also blended elements of the major religions over time and infused them with animist and mystical beliefs.

The court ruling should also apply to followers of non-indigenous religions such as Baha‘i and Judaism that are not formally recognized in Indonesia, said Nia Sjarifudin of the Unity in Diversity Alliance.

In recent decades, Indonesia’s reputation for tolerance has been tarnished as its unique syncretic form of Islam has been challenged by more fundamentalist interpretations imported from the Middle East.In the past year, an alliance of Islamist hardliners pushed successfully for the imprisonment of then Governor of Jakarta Basuki Tjahaja Purnama, an ethnic Chinese Christian, for insulting Islam under the 1965 blasphemy laws.Atheism is not legal in Indonesia, and non-believers have also been charged with blasphemy.

Indonesia passes law to ban organizations deemed against its ideology