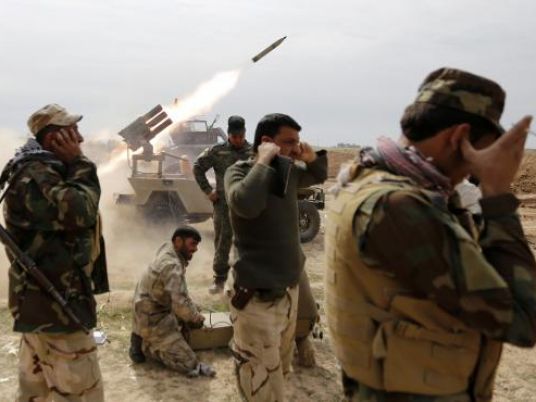 Australia and Iran have reached a tentative intelligence sharing agreement to combat Islamic State militants fighting in the Middle East, the Australian Broadcasting Corporation reported on Monday.
Australia has sent hundreds of soldiers to Iraq to help train forces fighting the Islamic State group, heightening concerns about reprisal attacks at home.
Foreign Minister Julie Bishop this week became the first top diplomat from Australia to visit Iran in a decade. She said the two countries had a common purpose in defeating Islamic State extremists.
“It was an informal arrangement whereby we’d share intelligence that would give us information on the Australians who are taking part,” she said.
“I believe Iran has information that we would seek and they were very agreeable to share that information with us.” Representatives from the Australian Foreign Ministry could not be reached immediately either in Canberra or Tehran.
Iraqi troops, working with Shia paramilitaries allied with Iran, earlier this month secured Tikrit, the birthplace of Iraqi dictator Saddam Hussein, from Islamic state fighters.
In Australia, hundreds of police on Saturday arrested five teens planning what they said was an IS-inspired attack next week at an event to mark the centenary of the landing by Australian and New Zealand troops at Gallipoli in World War One.
More than 200 police were involved in a series of raids in the southern city of Melbourne in the early hours of Saturday, police said, following a month-long operation.
Australian police have been confronted with a number of potential IS-inspired attacks over the past year. In December, two hostages were killed when police stormed a central Sydney cafe to end a 17-hour siege by a self-styled sheik with grievances against the Australian government who also sought to align himself with the Islamic State group.
The run-up to this year’s Gallipoli centenary has sparked concerns that radicals might target the celebrations for a high-profile attack.
Australia, a staunch ally of the United States and its action against the Islamic State group in Syria and Iraq, has been on heightened alert for attacks by home-grown Islamist radicals since last year.