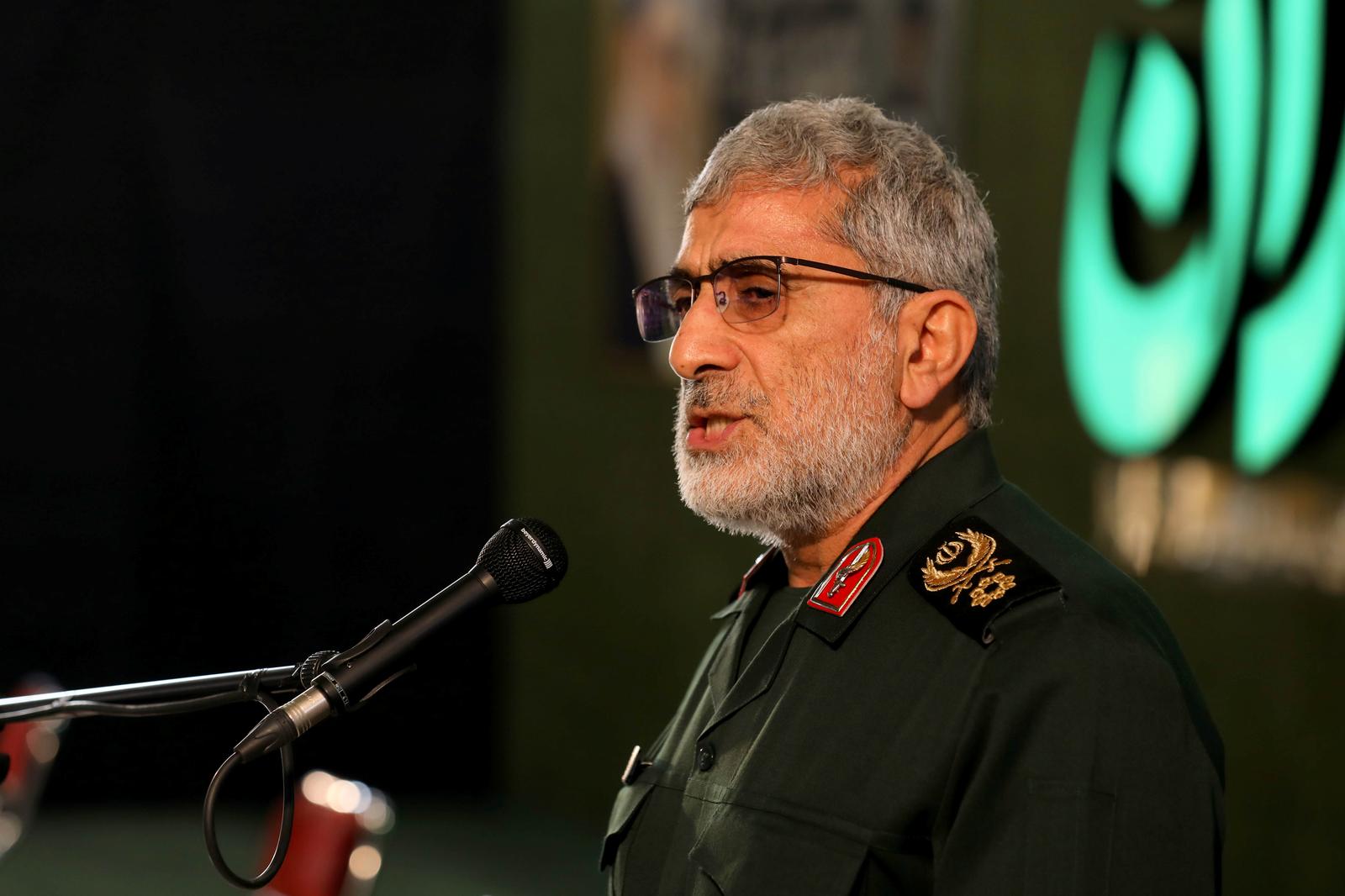 (Reuters) – The US killing of top general Qassem Soleimani will not deter Iranian resistance, a senior commander said on Friday as tensions mounted in the build-up to the first anniversary of the drone strike.

The United States killed Soleimani, leader of the Revolutionary Guards’ Quds Force, in Iraq on Jan. 3, 2020. Washington had accused him of masterminding attacks by Iranian-aligned militias on US forces in the region.

Days after the US drone strike, Iran retaliated with a rocket attack on an Iraqi air base where US forces were stationed, and Iranian forces on high alert mistakenly shot down a Ukrainian passenger airliner taking off from Tehran.

Esmail Ghaani who succeeded Soleimani as head the elite Quds force, said on Friday Iran was still ready to respond.

“From inside your own house, there may emerge someone who will retaliate for your crime,” he said at a televised event to mark the anniversary at Tehran University.

“American mischief will not deter the Quds force from carrying on its resistance path,” he added.

Two US B-52 bombers flew over the Middle East on Wednesday in what US officials said was a message of deterrence to Iran ahead of the first anniversary.

On Thursday, Iran’s Foreign Minister Mohammad Javad Zarif accused US President Donald Trump of attempting to fabricate a pretext to attack Iran, and said Tehran would defend itself forcefully.

Iran's Supreme Leader reappears in public, hits out at US