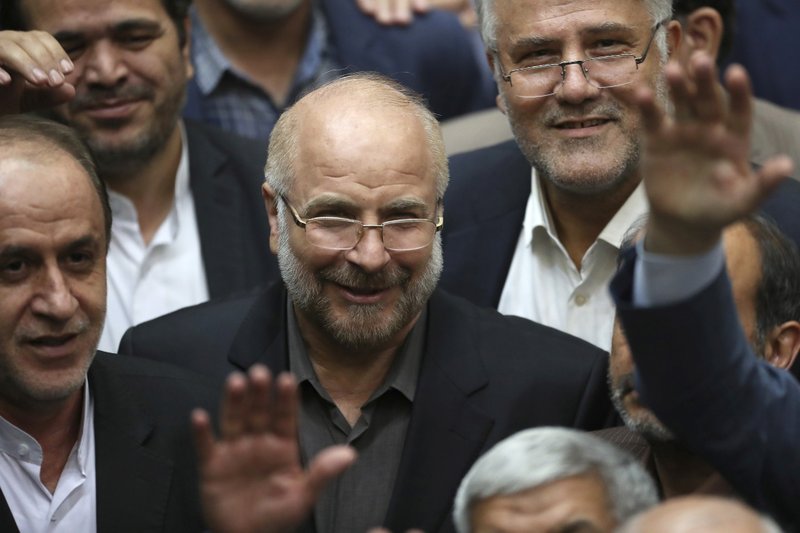 Mohammad Bagher Ghalibaf tweeted that he received the news after one of his colleagues tested positive for the virus. He said he would continue to carry out his duties from self-quarantine. Earlier this month, he was on state TV visiting a coronavirus ward in one of capital’s overwhelmed hospitals to show support.

“I decided to appear in the hospital to see problems from a close distance,” Ghalibaf told local media from the ward in Tehran. “Supervising is the main duty of parliament.”

Iran has for months wrestled with the worst outbreak in the Middle East, and on Wednesday the daily death toll hit a new high for a second consecutive day. Wednesday’s count pushes Iran’s total death toll past 33,700 — the highest in the region. Public health officials have repeatedly stressed that the true number of deaths is likely 2.5 times higher.

The government, desperate to salvage an economy reeling from severe American sanctions, has been loath to order business closures even as infection rates reach new heights.

In a clear sign of the outbreak’s scale, dozens of top officials have fallen ill. At least 30 lawmakers have tested positive in recent months, according to local media, and a senior adviser to the country’s supreme leader has died. Earlier this month, the head of the country’s atomic energy organization and the vice president in charge of budget and planning both contracted the virus.

Iran’s former parliament speaker, Ali Larijani, tested positive for the virus in April and returned to work after convalescing for three weeks. Ghalibaf took over his post in early June.

As infections surge, filling the country’s hospitals and driving up its death toll, Iran’s parliament has continued to hold regular sessions. Lawmakers wear masks but tend not to practice social distancing. When President Hassan Rouhani decided to skip a parliamentary vote this fall out of concern for his health, he faced intense backlash from hard-line lawmakers who demanded he attend regardless.

The timing of the pandemic has proved disastrous for Iran’s economy, which is buckling under U.S. sanctions re-imposed in 2018 after the Trump administration withdrew from the nuclear deal between Iran and world powers.

Image: FILE – In this May 28, 2020 file photo, Mohammad Bagher Qalibaf, center, is surrounded by lawmakers after being elected as speaker of the parliament, in Tehran, Iran. Qalibaf, Iran’s parliament speaker said Wednesday, Oct. 28, 2020 that he has tested positive for the coronavirus, joining a growing list of top Iranian officials infected in the Middle East’s worst outbreak. (AP Photo/Vahid Salemi, File)