Despite its cooperation with Russia on defense capabilities, Iran respects Ukraine’s “territorial integrity,” the Iranian foreign minister claimed on Friday in a phone call with the European Union’s top diplomat ― in which he also denied that Tehran had provided Moscow with the drones used in deadly attacks on Kyiv this week.

“Tehran’s policy regarding the Ukraine war is to respect the country’s territorial integrity,” Hossein Amirabdollahian told Josep Borrell, the EU’s high representative for foreign affairs and security policy, according to a Twitter post from the Iranian Foreign Ministry.
“Iran does not send arms to the warring sides in Ukraine and wants an end to the war and an end to the displacement of people,” Amirabdollahian said, according to the post.
“The Iranian foreign minister underlined that the Islamic Republic is making an effort to stop the hostilities in Ukraine through diplomacy and it advises the Europeans to view the issue with a realistic approach.”

Some context: Iran has repeatedly denied supplying “kamikaze” drones to Russia in the face of mounting evidence to the contrary. On Thursday, the White House said Iranian military personnel have visited Crimea to assist with Russian operations targeting civilian infrastructure in Ukraine using drones. John Kirby, the communications coordinator at the National Security Council, said the presence of Iranian personnel was evidence of Tehran’s direct engagement in the conflict. “They can lie to the world but they certainly can’t hide the facts,” he said. 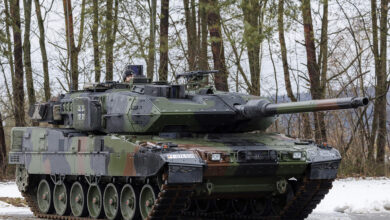