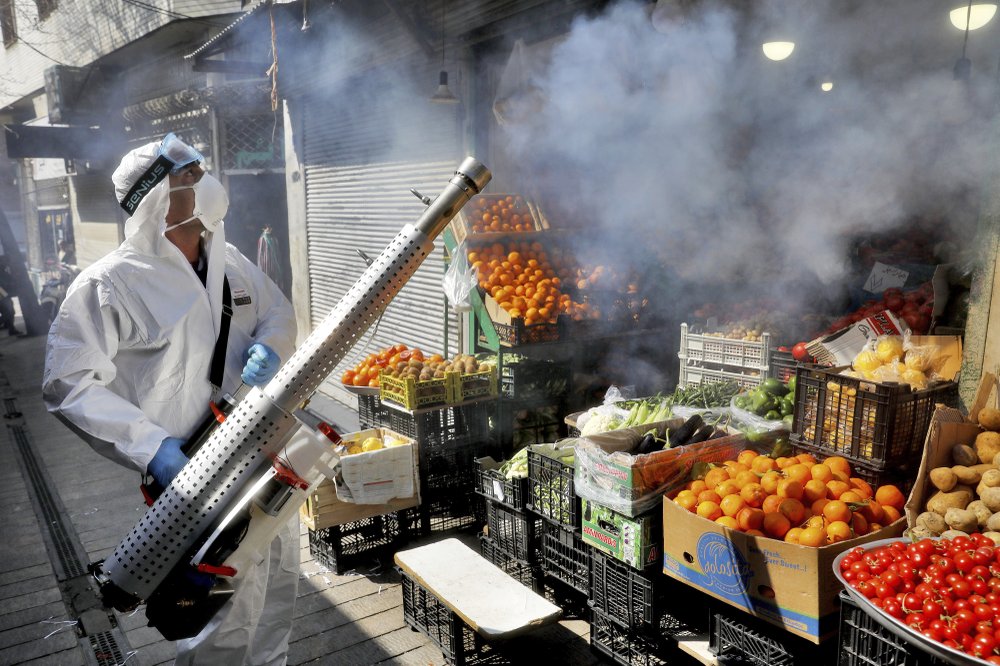 TEHRAN, Iran (AP) — Iran says the new coronavirus has killed 63 more people, raising the death toll to 354 amid over 9,000 cases in the Islamic Republic.

That’s according to a Health Ministry spokesman who spoke in a live, televised news conference on Wednesday.

Across the Mideast, more than 9,000 people have contracted the virus and the COVID-19 illness it causes. The majority come from hard-hit Iran, which has one of the world’s worst death tolls outside of China, the epicenter of the outbreak.

In the Gulf Arab island nation of Bahrain, authorities say their number of confirmed cases on Wednesday spiked by nearly 70% to 189 confirmed cases. The new cases were all on a returning flight of Bahraini evacuees from Iran.

Officials found 77 on board tested positive for the new coronavirus, compared to the 112 already reported in the country off the coast of Saudi Arabia. It pushed Bahrain’s overall total to 189 confirmed cases.

The vast majority of people recover from the new virus.

Iran’s elite Revolutionary Guard says at least five of its members and an unspecified number of the Guard’s volunteer Basij force.

Iran’s supreme leader had said Tuesday that the Islamic Republic will recognize doctors and nurses who die combating the new coronavirus as “martyrs” like slain soldiers.

The decision by Supreme Leader Ayatollah Ali Khamenei comes amid a propaganda campaign already trying to link the fight against the virus to Iran’s long, bloody 1980s war with Iraq. The rising casualty figures each day in Iran suggest the fight against the new coronavirus is far from over.

That the Guard is involved in the relief effort of a major catastrophe is not surprising in Iran. The Guard, whose forces include an estimated 125,000-plus troops and 600,000 mission-ready volunteers, routinely respond to the earthquakes that shake the country. Recent floods saw its troops mobilize as well.

Its forces, which include virologists, faced chemical weapons during Iran’s eight-year war against Iraq.

Saudi Arabia closed off air and sea travel to 14 countries affected by the new virus Monday, while Israel ordered two weeks of home quarantine for anyone arriving from overseas. The outbreak in Israel has been largely contained, but it has begun to gain pace in recent days, with a total of 58 cases diagnosed as of Tuesday. There are 26 confirmed cases in the Palestinian Territories.