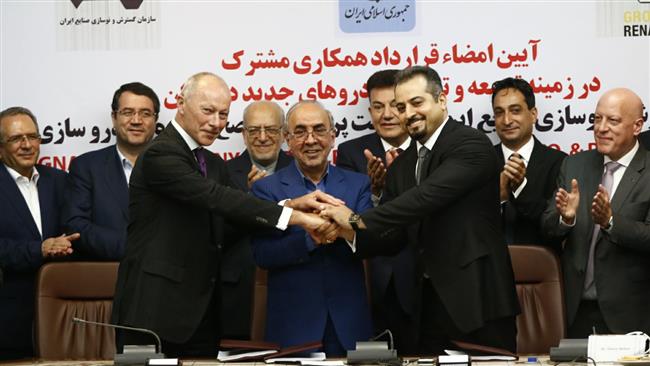 IRNA says the deal was signed on Monday in Tehran.

The €660 million, or $778 million, deal follows the lifting of international sanctions after Iran’s 2015 nuclear agreement with world powers.

It’s expected to create about 3,000 jobs for the two companies, Iran’s IDRO and the privately owned Negin Group. Renault has a 60 percent partnership in the deal.

Iran produces about 1,350,000 vehicles a year, though authorities hope that number will reach 3 million annually by 2025.