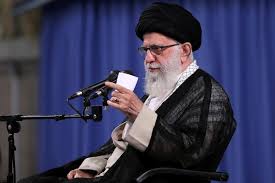 A Saudi-led coalition has been battling to restore Yemen’s ousted government in a devastating four-year war with the Iranian-aligned Houthis that has killed tens of thousands and pushed the impoverished country to the brink of famine.

The Houthis, who control the capital Sanaa and most of Yemen’s other populous areas, have stepped up attacks in recent months against targets in Saudi Arabia, Iran’s arch regional foe. In response, a Saudi-led coalition has targeted military sites belonging to the Houthis, especially around Sanaa.

“I declare my support for the resistance of Yemen’s believing men and women … Yemen’s people… will establish a strong government,” state TV quoted Khamenei as saying in a meeting with the visiting chief negotiator of the Houthi movement Mohammed Abdul-Salam.

Khamenei, who held talks for the first time in Tehran with a senior Houthi representative, also called for “strong resistance against the Saudi-led plots to divide Yemen”, the semi-official Fars news agency reported.

Iran’s clerical rulers reject accusations from the United States and its Gulf Arab allies that Tehran is providing military and financial support to the Houthis and blames Riyadh for the deepening crisis there.

The violence in Yemen is widely seen as a proxy war between Sunni Muslim Saudi Arabia and Shi’ite Iran.

The United Arab Emirates, Saudi Arabia’s main military ally on the ground for most of the war, has drawn down its forces in Yemen since June.

Iran’s semi-official Tasnim news agency said the Houthi delegation, which arrived in Tehran a few days ago, had handed a letter to Khamenei from the movement’s leader, Abdel-Malek al-Houthi, but gave no details.