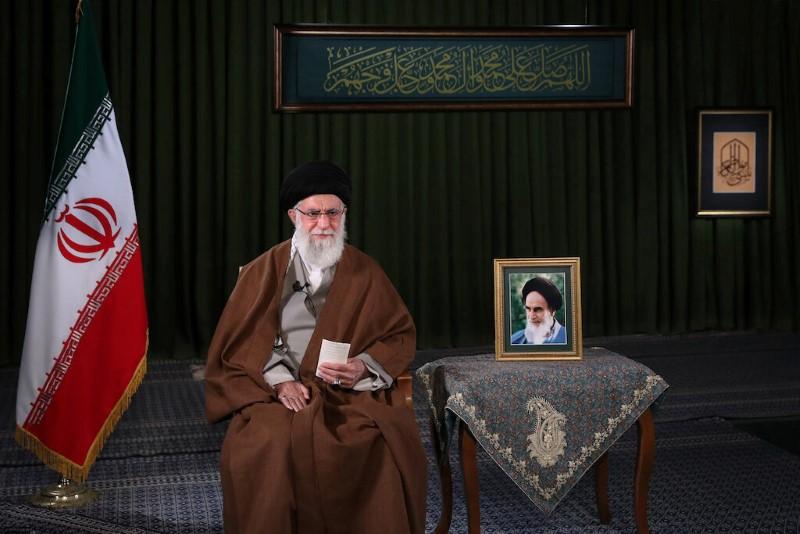 DUBAI (Reuters) – The United States’ offer to help Iran in its fight against the new coronavirus pandemic is strange, Iran’s Supreme Leader Ayatollah Ali Khamenei said in a televised speech on Sunday, describing US leaders as “charlatans and liars”.

Washington has offered humanitarian assistance to its longtime foe, the Middle Eastern country most affected by the coronavirus, with 1,685 deaths and 21,638 people infected.

Tensions between the two countries have been running high since 2018, when US President Donald Trump exited Tehran’s 2015 nuclear deal with six world powers and reimposed sanctions that have crippled the Iranian economy.

“Several times Americans have offered to help us to fight the pandemic. That is strange because you face shortages in America. Also you are accused of creating this virus,” said Khamenei, an anti-US hardliner who has the final say in Iran.

“I do not know whether it is true. But when there is such an allegation, can a wise man trust you and accept your help offer? … You could be giving medicines to Iran that spread the virus or cause it to remain permanently.”

Frictions increased when Trump ordered a US drone strike that killed the top commander of Iran’s Revolutionary Guards, Qassem Soleimani, on Jan. 3. Iran retaliated by hitting US targets in Iraq on Jan. 8.

“Our number one enemy is America. It is the most wicked, sinister enemy of Iran … its leaders are terrorists … Liars and charlatans,” said Khamenei.

Iranian authorities have blamed US sanctions for hampering its efforts to curb the outbreak and President Hassan Rouhani has urged Americans to call on their government to lift sanctions as Iran fights the coronavirus.

China, a party to Iran’s nuclear deal, has urged the United States to lift sanctions on Iran immediately amid Tehran’s response to the coronavirus outbreak.

But the United States sent Iran a blunt message this week: the spread of the virus will not save it from US sanctions that are choking off its oil revenues and isolating its economy.

Khamenei, who canceled his annual speech for Persian new year from the holy Shi’ite Muslim city of Mashhad on March 20 because of the outbreak, said Iran would triumph over the virus.

“The Islamic Republic has the capability to overcome any kind of crisis and challenges, including the coronavirus outbreak,” said Khamenei, who called on people to stay at home.

While many Iranians avoided traveling during the Persian new year holiday, police said millions have defied warnings issued by officials to avoid unnecessary trips aimed at curbing the spread of the virus.

The office of Tehran’s governor said all shopping centers will be closed in the capital from Sunday.