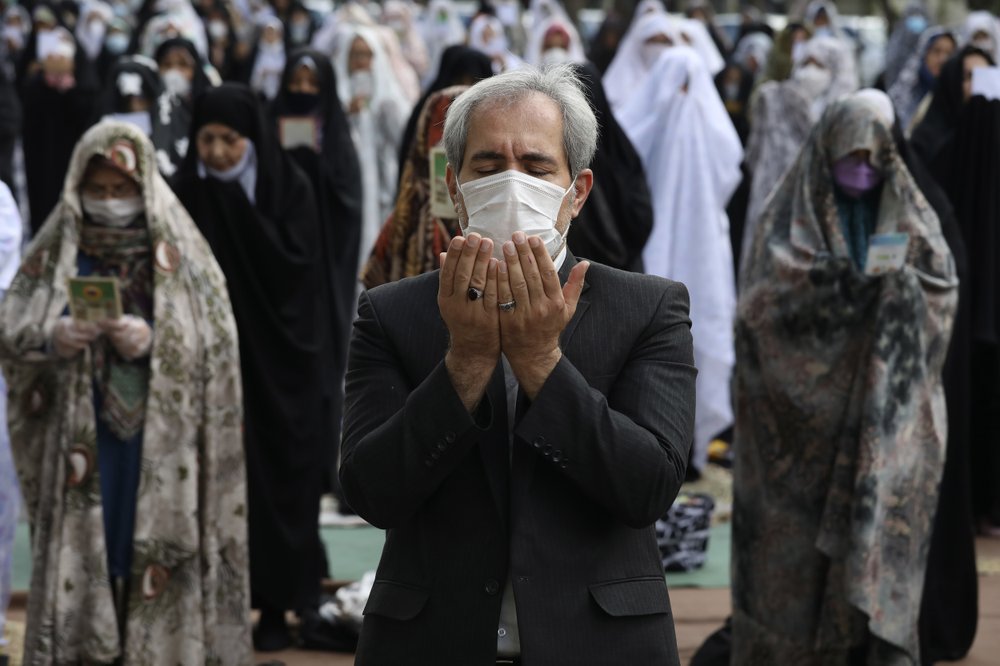 TEHRAN, Iran (AP) — Iran’s newly elected parliament convened on Wednesday, dominated by conservative lawmakers and under strict social distancing regulations, as the country struggles to curb the spread of the coronavirus that has hit the nation hard.

Iranian state TV said all 268 lawmakers who were in attendance had tested negative for the virus. The lawmakers were sworn in after many of them arrived for the opening ceremony wearing face masks and observing social distancing regulations. Temperatures were taken before they entered the parliament building.

The Iranian parliamentary election in February saw a turnout of 42.57 percent — the lowest since 1979 Islamic Revolution and a sign of widespread dissatisfaction and the state of the economy amid intense pressure from the United States after President Donald Trump pulled the US out of Iran’s nuclear with world powers and reimposed sanctions on the country.

At Wednesday’s opening session, Iranian lawmakers chose a temporary speaker, based on age seniority, and listened to a message from Supreme Leader Ayatollah Ali Khamenei, read by an aid. President Hassan Rouhani addressed the lawmakers, urging them to cooperate with his administration so that together Iranians can better “confront sanctions and the disease” in this “very difficult year.”

A permanent parliament speaker will be chosen next week, for a one-year term.

Because of the pandemic, a traditional visit by the newly elected lawmakers to the shrine of the founder of Islamic Republic, Ayatollah Ruhollah Khomeini, was postponed. After keeping its many shrines across the country, which are typically frequented by scores of visitors, open in the beginning of the outbreak, Iran later imposed lockdown measures, barring visitors from going inside the shrines.

Iran’s newly elected house is dominated by 220 conservative lawmakers, including more than 50 who are close allies of former hard-line President Mahmoud Ahmadinejad. There are 38 independent lawmakers and 18 pro-reform and moderates, down from 136 in the previous parliament.

In the vote in February, 278 parliament seats of the total of 290 seats were decided. Two elected lawmakers later died, including one from COVID-19, the illness caused by the novel coronavirus. Eight newly elected lawmakers were absent from Wednesday’s session; no explanation was given.

The remaining 14 seats are to be decided in a by-election in 2021. More than 160 of the current lawmakers have had no previous parliamentary experience. There are 16 women lawmakers, one less than in the previous house.

Iran’s parliament does not have the power to dictate major policies, but it does debate the annual budget and the possible impeachment of ministers. Power in Iran ultimately rests with Khamenei, who has final say on all key matters.

For most people, the coronavirus causes mild or moderate symptoms, such as fever and cough that clear up in two to three weeks. For some, especially older adults and people with existing health problems, it can cause more severe illness, including pneumonia and death.