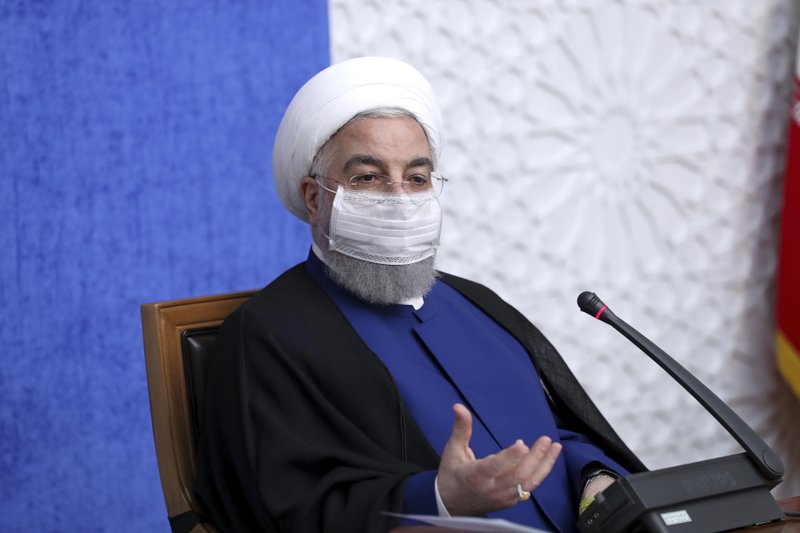 TEHRAN, Iran (AP) — Iran’s president called on President-elect Joe Biden to “compensate for past mistakes” and return the US to Tehran’s 2015 nuclear deal with world powers, a state-run news agency reported Sunday.

“Now, an opportunity has come up for the next US administration to compensate for past mistakes and return to the path of complying with international agreements through respect of international norms,” the state-run IRNA news agency quoted him as saying.

Under President Donald Trump, tensions between the US and Iran have escalated, reaching a fever pitch earlier this year. One of Trump’s signature foreign policy moves was unilaterally withdrawing the US from Iran’s nuclear deal in 2018, which had seen Tehran limit its enrichment of uranium in exchange for the lifting of economic sanctions.

The US has since reimposed punishing sanctions on Iran that have crippled its economy, which was further battered by the coronavirus outbreak. In an effort to pressure Europe to find a way around the sanctions, Iran has slowly abandoned the limits of the nuclear deal.

“The people of Iran, though their heroic resistance against the imposed economic war, proved that the US maximum pressure policy was doomed to fail,” Rouhani said. He added Iran “considers constructive engagement with the world as a strategy.”

Also Sunday, Iranian Foreign Minister Mohammed Javad Zarif tweeted that “the world is watching” to see if the new Biden administration would depart from Trump’s approach toward Iran and seek international cooperation.

Meanwhile, Iran on Sunday reached its highest ever single-day death toll from the coronavirus with 459 new deaths recorded. This brings Iran’s total recorded deaths from the virus to 38,291 nationwide. Another 9,236 new confirmed cases of the virus were confirmed over the past 24 hours, bringing total confirmed cases to more than 682,000 nationwide since February.

Iran has struggled to contain the virus and has seen daily surges and highs over the past month. The capital, Tehran, has been the hardest-hit and recently extended some lockdown measures across the city.

Image: In this photo released by the official website of the office of the Iranian Presidency, President Hassan Rouhani speaks in a meeting in Tehran, Iran, Sunday, Nov. 8, 2020. On Sunday, Rouhani called on President-elect Joe Biden to “compensate for past mistakes” and return the U.S. to Tehran’s 2015 nuclear deal with world powers. (Iranian Presidency Office via AP)