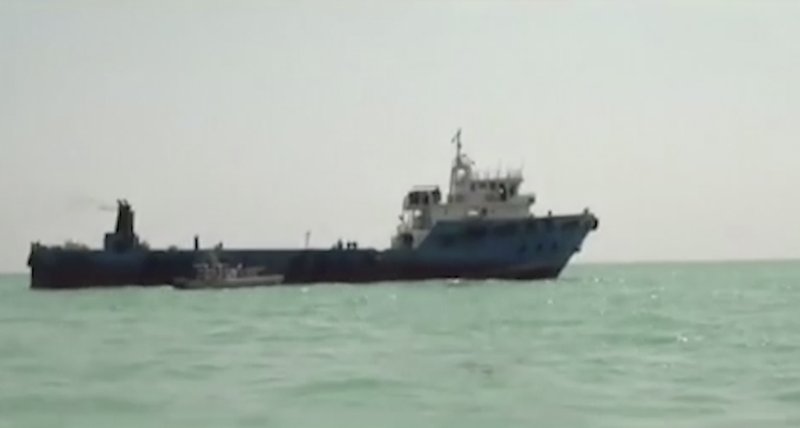 Mohammed al-Hakim tweeted Monday that regional states are capable of securing the strategic waterway themselves.

Al-Hakim’s tweet was in response to efforts by the Trump administration to set up a U.S.-led naval security mission in the Strait of Hormuz, where Iran’s recent seizures of vessels has raised tensions with the West.

The U.S. wants an international coalition to monitor and potentially escort commercial ships there. Britain said last week it would join the mission; no other U.S. allies have committed themselves so far.

Al-Hakim stressed Israel’s participation in such a mission was unacceptable. It’s not clear if Israel has been asked to participate.

Photo: This undated image made from a video provided by the IRGC/IRIB shows a ship in the Persian Gulf. Iranian forces seized the ship, which it suspected of carrying smuggled fuel, state media reported Sunday, Aug. 4, 2019, marking the Revolutionary Guard’s third seizure of a vessel in recent weeks and the latest show of strength by the paramilitary force amid a spike in regional tensions. (IRGC/IRIB via AP)

Iran seizes third foreign ship in less than a month