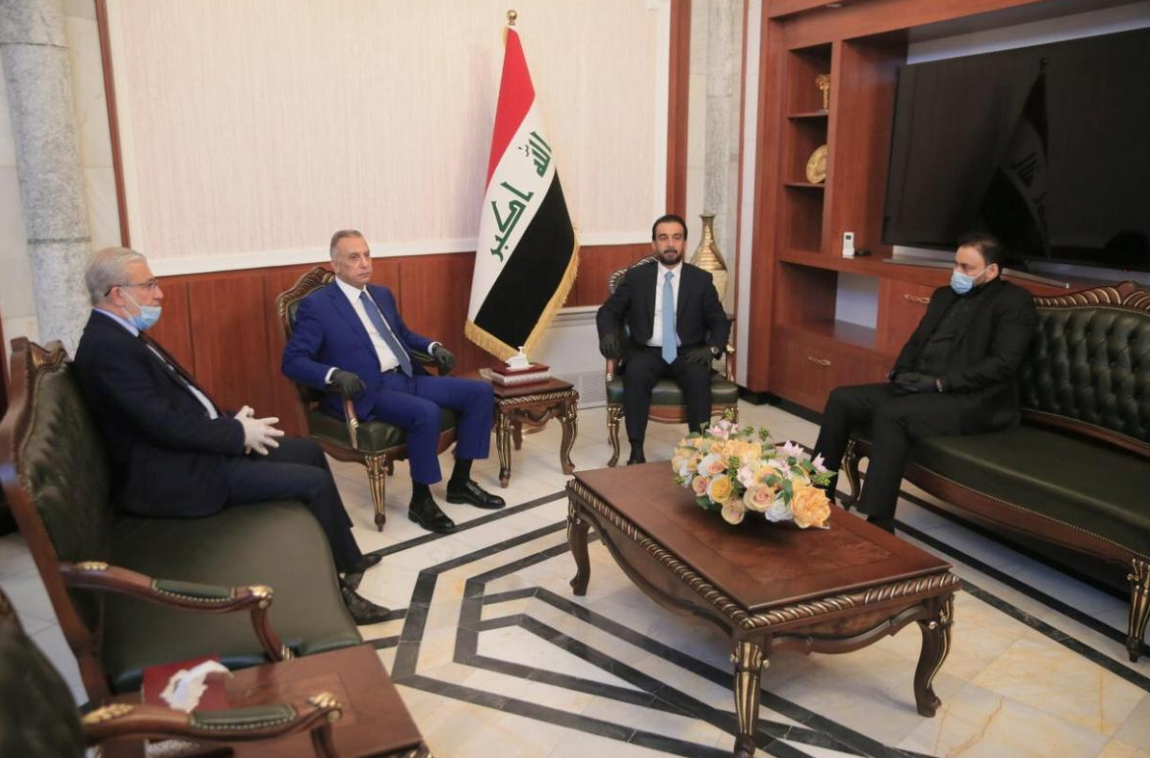 BAGHDAD (Reuters) — Iraqi lawmakers approved a new government on Wednesday after six months without one as parties squabbled until the last minute over Cabinet seats in backroom deals.

Prime Minister Mustafa al-Kadhimi, Iraq’s intelligence chief and a former journalist, will head the new government. He will begin his term without a full Cabinet, however, after several ministerial candidates were rejected.

US Secretary of State Mike Pompeo welcomed the new government in a call with Kadhimi, the US State Department said in a statement.

It also said Washington would renew for 120 days a waiver allowing Iraq to import electricity from Iran “to help provide the right conditions for success” of the new government.

Former prime minister Adel Abdul Mahdi, who has been leading a caretaker government, resigned last year as anti-government protesters took to the streets in their thousands, demanding jobs and the departure of Iraq’s ruling elite.

They accuse the political class that took over after the 2003 US invasion that toppled Saddam Hussein of corruption that has driven the country into dysfunction and economic ruin.

The battle over government portfolios since Abdul Mahdi’s resignation in November prevented two previous nominees for prime minister from forming a Cabinet.

Kadhimi’s candidates for Cabinet posts including interior, defense, finance and electricity passed with votes from a majority of lawmakers present.

Voting on the oil and foreign ministries was delayed as the parties failed to agree on candidates. They rejected the incoming premier’s picks for justice, agriculture and trade.

“The security, stability and blossoming of Iraq is our path,” Kadhimi wrote on his Twitter account after parliament voted for his Cabinet.

He said he would make tackling the coronavirus pandemic, of which Iraq has suffered more than 2,000 cases and more than 100 deaths, a priority and hold to account those who had killed protesters in previous months of anti-government unrest.

Iraqi officials say Kadhimi is acceptable to both the United States and Iran, whose battle for influence over Iraq has boiled into open confrontation in the past year.

Iran responded with its first ever direct missile attack against US forces at a base in Western Iraq several days later but did not kill anyone.

Washington accuses paramilitary groups backed by Tehran of carrying out a series of rocket attacks on other bases in recent months, one of which killed three troops in the US-led military coalition based in Iraq.

Rockets have regularly been fired near the US embassy in Baghdad. None of the rocket attacks have been claimed by known Iran-backed groups.

Kadhimi’s government must deal with an impending economic crisis precipitated by the coronavirus pandemic, which has caused the prices of oil — Iraq’s principal source of revenue — to plummet.

It also faces a growing Islamic State insurgency as the extremist group steps up attacks on government troops from hideouts in remote areas of northern Iraq.

Iraq risks being caught up in any regional conflagration between Washington and Tehran, as militia groups vow revenge for the killing of Soleimani and Muhandis and President Donald Trump continues his bellicose rhetoric against Iran.

Image: The speaker of Iraq’s parliament Mohammed al-Halbousi meets with Iraqi Prime Minister-designate Mustafa al-Kadhimi before the vote on the new government at the parliament headquarters in Baghdad, Iraq, May 6, 2020. (Iraqi Parliament Media Office/Handout via REUTERS)