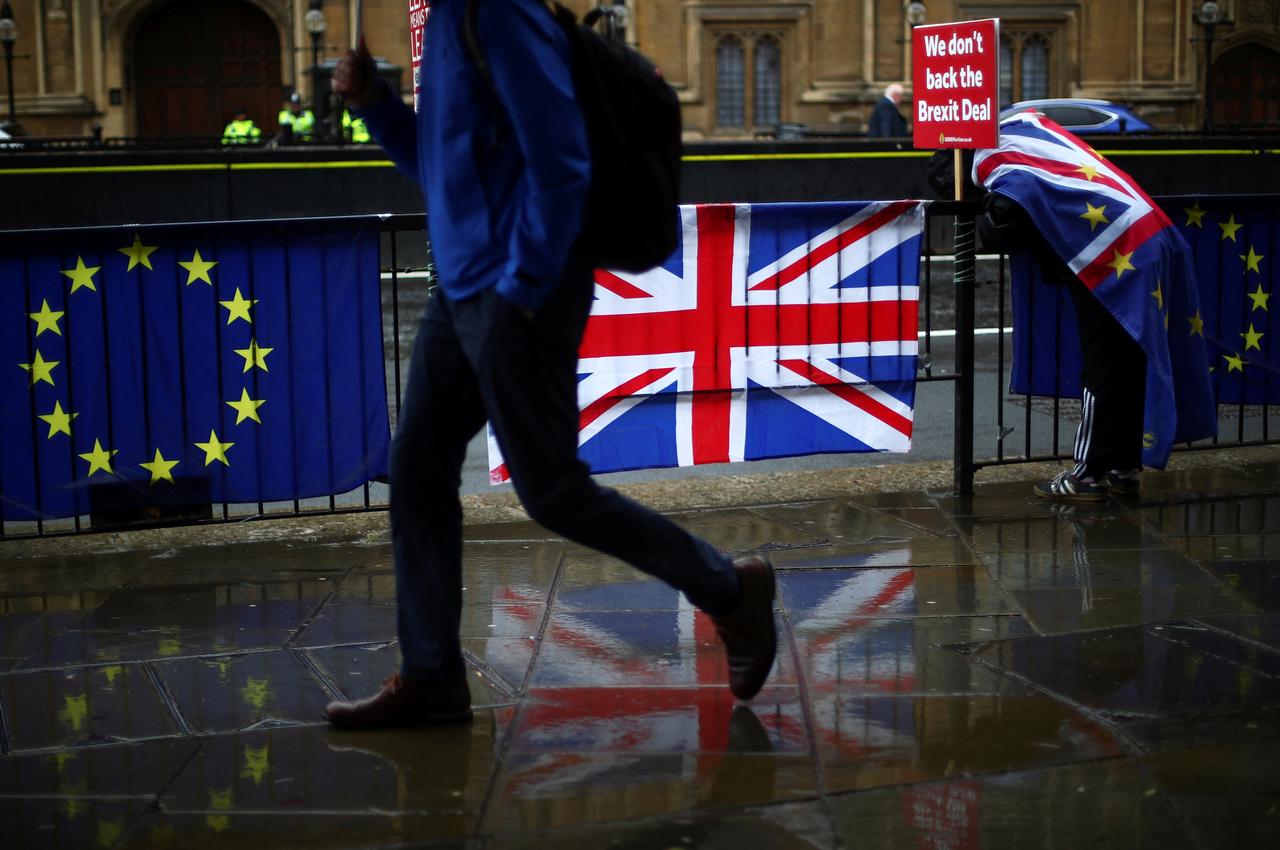 DUBLIN (Reuters) – Britain will leave the European Union in October without a divorce deal, an Irish government minister predicted, causing a severe economic shock that could require pan-EU financial support for countries including Ireland.

The remarks, among the most frank yet from an Irish minister, underscore the growing sense of alarm about a hard Brexit in Ireland, Britain’s closest EU neighbor and one with whom it has important trading and historical ties.

“Some people in the UK have convinced themselves that no deal is a good thing and that there are no circumstances that the European Union would allow the UK to crash out,” Michael D’Arcy, the minister in charge of financial services, told Reuters.

“The European Union has…moved the (Brexit) date on a number of occasions. I don’t see any more flexibility. The deal will be done after the 31st of October,” he said, referring to a deal for Britain’s departure from the European Union.

British Prime Minister Boris Johnson has said that he will take the United Kingdom out of the European Union on Oct. 31 come what may, even without a transitional deal needed to pave the way for future relations with the EU.

Wrenching the United Kingdom out of the bloc without a deal means there would be no formal arrangements to cover everything from post-Brexit pet passports to customs procedures on the Northern Irish border with Ireland.

Any reworking of a deal to meet Johnson’s demands would require the support of the Irish.

While Irish Prime Minister Leo Varadkar said on Tuesday that he believed a no-deal outcome was still avoidable, D’Arcy struck a more sceptical tone, warning that an abrupt departure of Britain from the European Union was very likely.

He said such a move would have a serious impact on the Irish economy as well as the European continent and that Dublin was now preparing itself. “Could Brexit go badly wrong? Sure it could,” said the junior finance minister.

“Ireland…is the country that will be impacted more than anybody else. Potentially, this could have a huge impact on the Irish economy.”

He said that financial support could be needed to buoy Ireland and other EU member countries affected by Brexit.

“It is important to show the solidarity from our European partners to a small nation in a time of difficulty. Financial support…potentially may be required for the continent,” he said, adding that how this would happen was yet to be decided.

“Support would be … on an EU-wide basis rather than an individual country basis. The European budget is close to 270 billion (euros) per annum. So it would be part of that European budget.”

Earlier this year, the European Commission raised the prospect of funds for agriculture, one of the industries in Ireland expected to be worst hit by a disruptive British exit.

“Additional support can be made available in the event of a no-deal scenario,” an EU official said, adding there was no scope for renegotiation, as Johnson has demanded, of the divorce deal reached between his predecessor Theresa May and Brussels.

D’Arcy said Ireland was well prepared and that he did not expect it to have to apply for another international bailout, as Dublin did in the past when its banks were in crisis.

Its financial center, which D’Arcy is promoting internationally, will benefit and has seen numerous banks arrive as a result of Brexit because Ireland will continue to have free access to the European Union.

Despite the hardline euroskeptic stance taken by Johnson, some banks such as Goldman Sachs still expect London and Brussels to strike a deal.

Image: A person walks past an EU and a British flag in London, Britain, April 2, 2019. REUTERS/Hannah Mckay

British ministers in US to 'fast-track' post-Brexit trade deal

'Ready and willing' to do a Brexit deal, Britain tells EU