JALALABAD, Afghanistan (AP) — The Islamic State group has lost its caliphate in Syria and Iraq, but in the forbidding mountains of northeastern Afghanistan the group is expanding its footprint, recruiting new fighters and plotting attacks on the United States and other Western countries, according to US and Afghan security officials.

Nearly two decades after the US-led invasion, the extremist group is seen as an even greater threat than the Taliban because of its increasingly sophisticated military capabilities and its strategy of targeting civilians, both in Afghanistan and abroad. Concerns run so deep that many have come to see the Taliban, which has also clashed with IS, as a potential partner in containing it.

A US intelligence official based in Afghanistan told The Associated Press that a recent wave of attacks in the capital, Kabul, is “practice runs” for even bigger attacks in Europe and the United States. 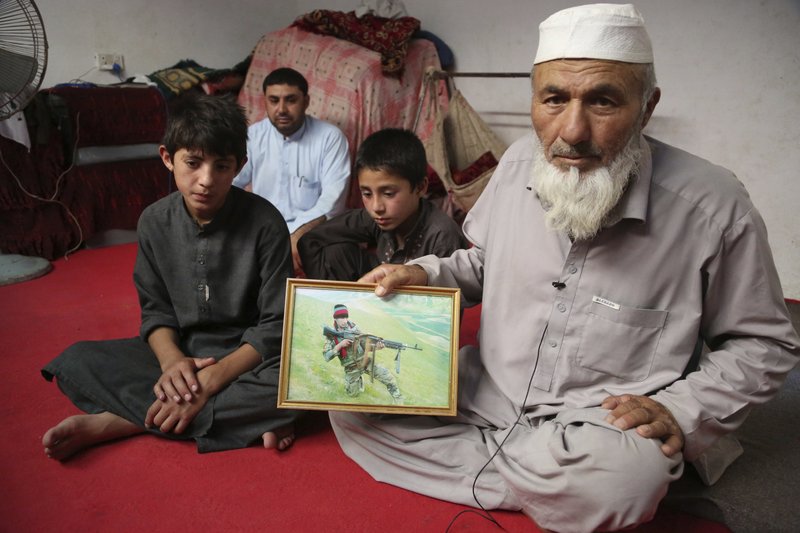 Noor Mohammad fled his village in Afghanistan’s Nangarhar province in late April as the Islamic State group swept through the area. He had already lost a son who had died as a soldier fighting the Taliban. (AP Photo/Rahmat Gul)

“This group is the most near-term threat to our homelands from Afghanistan,” the official said on condition of anonymity to preserve his operational security. “The IS core mandate is: You will conduct external attacks” in the US and Europe. “That is their goal. It’s just a matter of time,” he said. “It is very scary.”

Bruce Hoffman, director of the Center for Security Studies at Georgetown University, sees Afghanistan as a possible new base for IS now that it has been driven from Iraq and Syria. “ISIS has invested a disproportionate amount of attention and resources in Afghanistan,” he said, pointing to “huge arms stockpiling” in the east.

A ‘PROVINCE’ OF THE CALIPHATE

The Islamic State affiliate appeared in Afghanistan shortly after the group’s core fighters swept across Syria and Iraq in the summer of 2014, carving out a self-styled caliphate, or Islamic empire, in around a third of both countries. The Afghanistan affiliate refers to itself as the Khorasan Province, a name applied to parts of Afghanistan, Iran and central Asia in the Middle Ages.

The IS affiliate initially numbered just a few dozen fighters, mainly Pakistani Taliban driven from their bases across the border and disgruntled Afghan Taliban attracted to IS’ more extreme ideology. While the Taliban have confined their struggle to Afghanistan, the IS militants pledged allegiance to Abu Bakr al-Baghdadi, the reclusive leader of the group in the Middle East, and embraced his call for a worldwide jihad against non-Muslims. Within Afghanistan, IS launched large-scale attacks on minority Shia, who it views as apostates deserving of death. 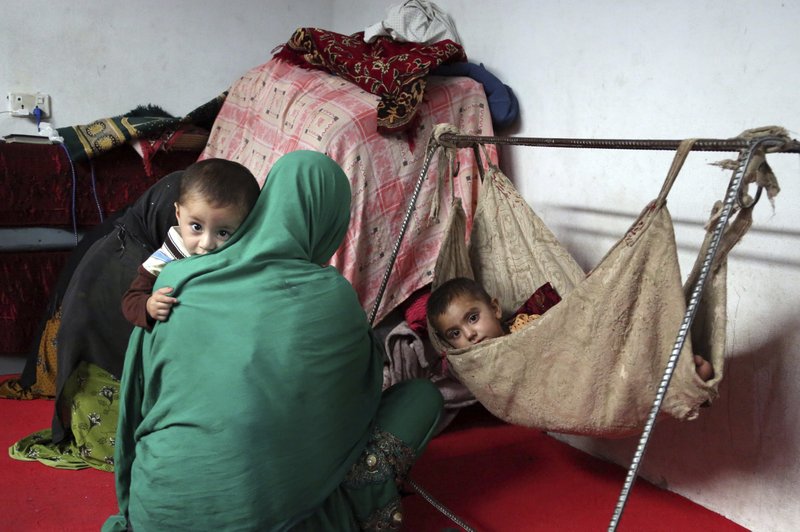 Farmanullah Shirzad’s family fled their village in Afghanistan’s Nangarhar province in late April as Islamic State fighters moved in to find shelter in the city of Jalalabad, east of Kabul. (AP Photo/Rahmat Gul)>

The group suffered some early stumbles as its leaders were picked off by US airstrikes. But it received a major boost when the Islamic Movement of Uzbekistan joined its ranks in 2015. Today it counts thousands of fighters, many from central Asia but also from Arab countries, Chechnya, India and Bangladesh, as well as ethnic Uighurs from China.

The group has long been based in the eastern Nangarhar province, a rugged region along the border with Pakistan, but has a strong presence in northern Afghanistan and of late has expanded into neighboring Kunar province, where it could prove even harder to dislodge. The mountainous province provided shelter for Osama bin Laden for nearly a year after the Taliban’s ouster, and US forces struggled for years to capture and hold high-altitude outposts there, eventually all but surrendering the region to the Taliban.

The area comprising the provinces of Nangarhar, Nuristan, Kunar and Laghman was so dangerous that the US-led coalition assigned an acronym to it in the years after the invasion, referring to it as N2KL. Militants launching shoulder-fired rockets from Kunar’s peaks downed a US Chinook helicopter in 2005, killing 16 Navy SEALs and special operations forces in one of the deadliest single attacks of the war.

Ajmal Omar, a member of the Nangarhar provincial council, says IS now has a presence in all four provinces. 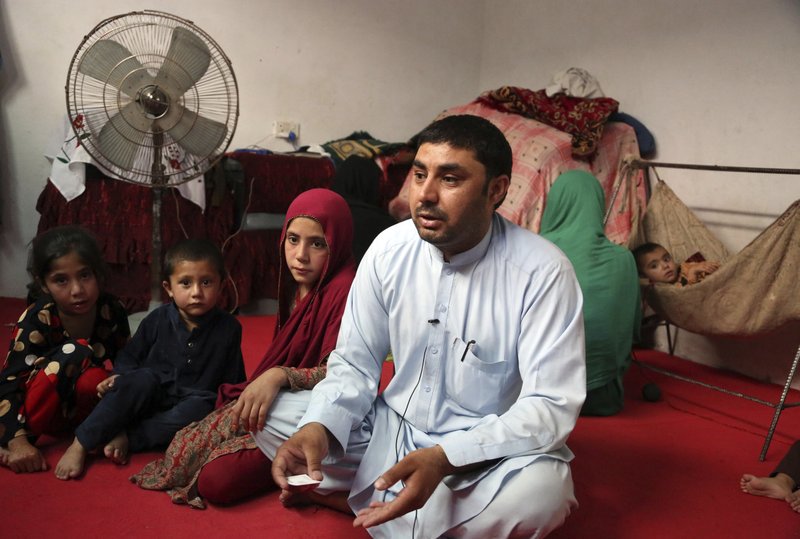 “Right now in Kunar, the right side of the road is Taliban, the left side is Daesh and the government is in the middle,” he said, referring to the group by its Arabic acronym. Speaking inside his heavily fortified home in the provincial capital, Jalalabad, he said neighboring Kunar would soon replace the Middle East as the IS group’s center of gravity.

“When they began in Afghanistan they were maybe 150 Daesh, but today there are thousands and thousands,” he said.

“The bad news is their acquisition of key terrain, height concealment, where they can have easy access to money, weapons, equipment . . .and from where they can plan, train, stage, facilitate and expedite attacks,” said the US intelligence official. “I think expansion of territory in eastern Afghanistan is their number one military objective,” with the goal of eventually encircling Jalalabad, he said.

TURNING TO THE TALIBAN

It’s been nearly 18 years since the US invaded Afghanistan to topple the Taliban, which had harbored al-Qaida when bin Laden and his lieutenants were planning the Sept. 11 attacks. Now military and intelligence officials see the Taliban as a potential ally against a similar threat.

In recent months the Taliban have said they have no ambitions to monopolize power in a post-war Afghanistan, while IS is committed to overthrowing the Kabul government on its path to establishing a global caliphate. The Taliban and IS are sharply divided over ideology and tactics, with the Taliban largely confining their attacks to government targets and Afghan and international security forces. The Taliban and IS have fought each other on a number of occasions, and the Taliban are still the larger and more imposing force.

US envoy Zalmay Khalilzad has held several rounds of talks with the Taliban in recent months in a bid to end America’s longest war. The two sides appear to be closing in on an agreement in which the US would withdraw its forces in return for a pledge from the Taliban to keep the country from being used as a launch pad for global attacks. 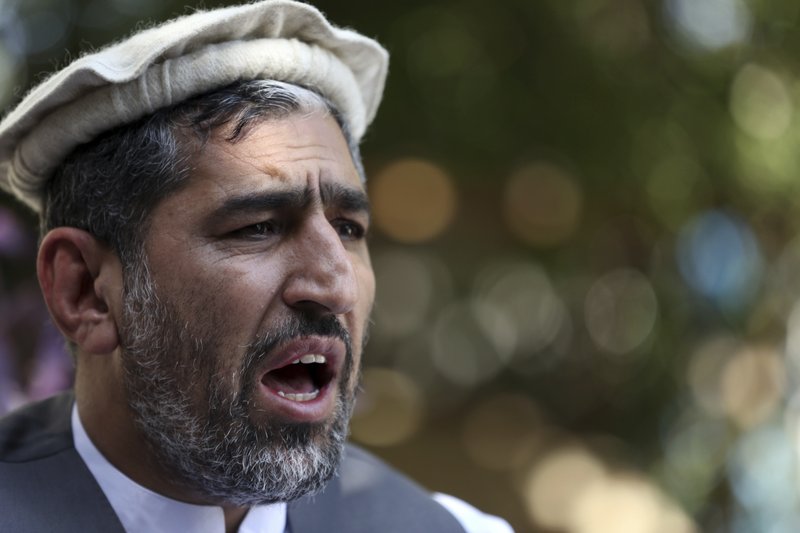 Ajmal Omar, a member of the Afghan provincial council in Nangarhar, talks about the expanding footprint of the militant Islamic State group in his province. (AP Photo/Rahmat Gul)

“One of the hopes of a negotiated settlement is that it will bring the Taliban into the government and into the fight against IS,” the US intelligence official said. “They know the mountains, they know the terrain. It’s their territory.”

But a negotiated settlement could also prompt an exodus of more radical Taliban fighters to join IS. That process is already underway in parts of northern and eastern Afghanistan, where the Taliban have attacked IS only to lose territory and fighters to the rival extremist group.

Russia, which occupied Afghanistan in the 1980s before being driven out by US-backed Islamic insurgents, has been sounding the alarm about IS for years, and had reached out to the Taliban even before the US talks. During a visit to Kyrgyzstan last month, Defense Minister Sergei Shoigu described Afghanistan as a “launch pad” for IS after the group was pushed out of Syria and Iraq.

Russia, like the United States, sees a peace agreement between the Taliban and the Afghan government as the best way of countering the threat posed by IS, and Moscow has held two rounds of informal talks involving the Taliban, government representatives and other prominent Afghans.

But as peace efforts have stumbled in recent months, Russia has turned to more lethal means of containing the threat. Shoigu said Russia has sent heavy equipment, including helicopters and armored vehicles, to Kyrgyz forces, and has boosted combat readiness in its bases in the former Soviet republics of Kyrgyzstan and Tajikistan.

Without an aggressive counter-terrorism strategy, Afghanistan’s IS affiliate will be able to carry out a large-scale attack in the US or Europe within the next year, the US intelligence official said, adding that IS fighters captured in Afghanistan have been found to be in contact with fellow militants in other countries.

Authorities have also already made at least eight arrests in the United States linked to the IS affiliate in Afghanistan.

Martin Azizi-Yarand, the 18-year-old Texan who plotted a 2018 attack on a suburban mall, said he was inspired by IS and was preparing to join the affiliate in Afghanistan. He was sentenced in April to 20 years in jail.

Rakhmat Akilov, the 39-year-old Uzbek who plowed his truck into pedestrians in Stockholm in 2017, also had links with the Afghanistan affiliate, the intelligence official said. “During interrogation he said ‘this is my commander in Afghanistan and he is telling me what to do,’” he said. 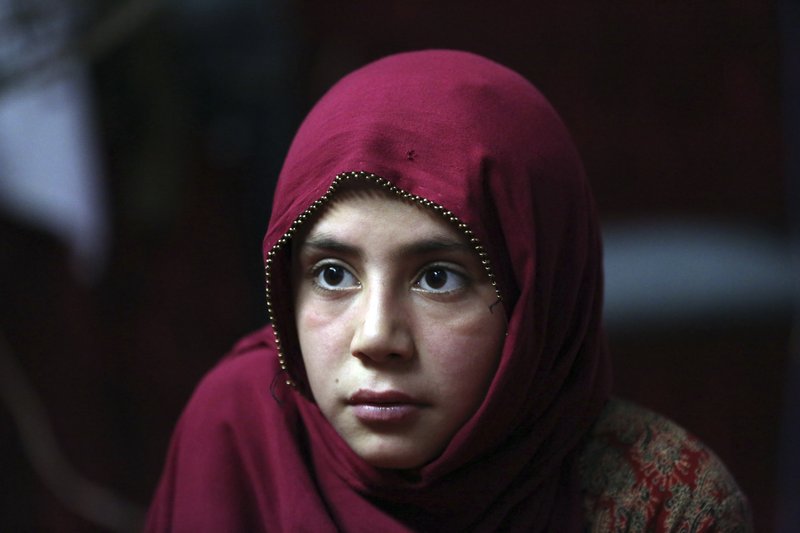 Inside Afghanistan, the group is actively recruiting at universities, where it is more likely to find tech-savvy Afghans able to travel abroad, use social media and help plan sophisticated attacks, according to the intelligence official.

The group’s brutal tactics have been on vivid display inside Afghanistan for years. Suicide bombings have killed hundreds of Shia civilians in Kabul and elsewhere, and residents who have fled areas captured by the group describe a reign of terror not unlike that seen in Syria and Iraq.

Farmanullah Shirzad fled his village in Nangarhar in late April as IS fighters swept through the area.

“I was terrified to stay,” he said. “When Daesh takes over a village, they kill the people, they don’t care about the children and they come into the homes and they take the women.”

By KATHY GANNON. Associated Press writers Amir Shah in Kabul, Afghanistan, and Nataliya Vasilyeva in Moscow contributed to this report.

Image: In this Thursday, May 30, 2019 photo, Ajmal Omar a member of the Nangarhar provincial council speaks during an interview with The Associated Press in the city of Jalalabad, Afghanistan. The Islamic State group has lost its caliphate in Syria and Iraq, but in the forbidding mountains of northeastern Afghanistan the group is expanding its footprint, recruiting new fighters and plotting attacks in the United States and other Western countries. Omar said IS now has a presence in the provinces of Nangarhar, Nuristan, Kunar and Laghman. (AP Photo/Rahmat Gul)