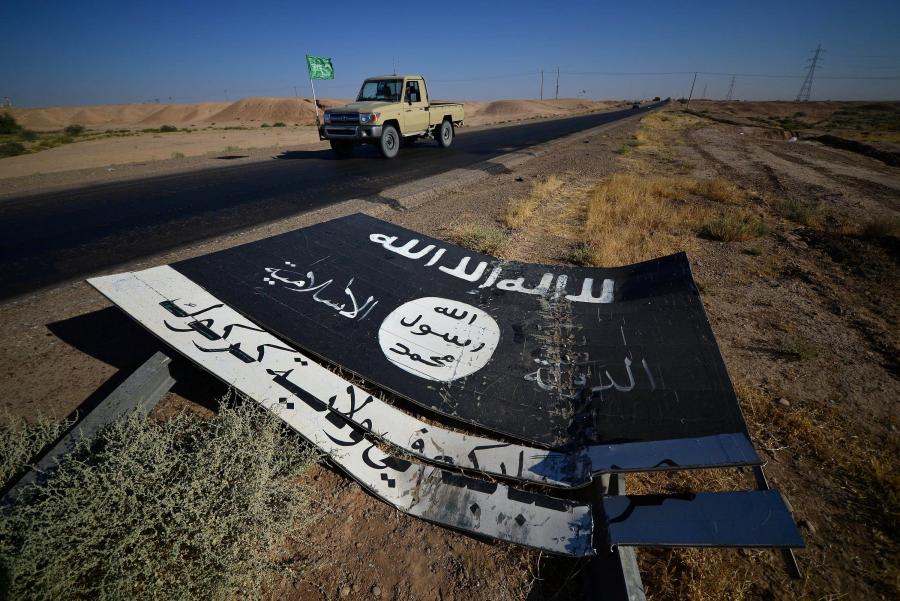 UNITED NATIONS (AP) — Islamic State extremists are mounting increasingly bold attacks in Syria and Iraq following their loss of territory in both countries and are planning for the breakout of their fighters in detention facilities, U.N. experts said in a new report.

The panel of experts said in the report to the U.N. Security Council that the militant group — known as IS and ISIL — is also exploiting weaknesses in security in both countries.

The experts monitoring sanctions against the Islamic State and al-Qaeda said it is unclear whether the Islamic States’ new leader, Abu Ibrahim al-Hashemi Al-Qurayshi, can effectively lead the extremist group’s diverse and far-flung supporters and affiliates.

But the panel said unidentified U.N. member nations have made a provisional assessment that the strategic direction of the extremist group is unchanged when it comes to administration, propaganda and recruitment — and that command and control between its “core in the conflict zone and affiliates abroad will be maintained.”

The experts said the issue of foreigners who came to fight for the Islamic State and were part of its so-called “caliphate” in Syria and Iraq “remains acute.”

Member states assess that between one-half and two-thirds of the more than 40,000 who joined the “caliphate” are still alive, they said in the report circulated Friday.

The panel said the reduction in U.S. forces in Syria has raised concerns about the ability of security forces in the country’s northeast “to maintain adequate control over a restive population of detained ISIL fighters, as well as family members, numbering more than 100,000.”

“Many dependents remain equally ideologically committed and their fate is a major concern for the international community,” the experts said. “Some 2,000 foreign terrorist fighters remain in detention in the area.”

While some countries believe the best way to address the issue is to repatriate Islamic State members, others are reluctant to accept returnees, the panel said, and the issue “is expected to aggravate the global threat posed by ISIL, and possibly al-Qaeda for years to come.”

The experts said Idlib province, the last rebel stronghold where Syrian forces launched an offensive in December, remains dominated by groups affiliated with al-Qaeda but also hosts relocated IS fighters and their families.

Parts of Iraq, especially areas in Anbar province near the Syrian border, “also represent a permissive security environment for the movement of ISIL fighters,” the panel said.

Beyond Syria and Iraq, the experts said U.N. member nations are most concerned about the conflict in Afghanistan, which by some measures suffers “the heaviest toll from terrorism of any country in the world.”

Al-Qaeda and foreign fighters aligned with it, under protection of the Taliban, “pose a long-term global threat,” the panel said.

Islamic State extremists suffered sever losses and were largely expelled from their Afghan stronghold in Nangarhar province in November 2019, but the panel said IS “has proved resilient in the past and is still assessed to pose a serious threat.”

The experts said threats from al-Qaeda and Islamic State affiliates also persist in parts of Africa and southeast Asia.

They called the Islamic State West Africa Province in the Lake Chad Basin the extremist group’s most successful affiliate in the last six months of 2019 for its “high tempo of attacks” and raids on security forces in Niger, which garnered significant arms, military materiel and other supplies.

It also cited the steady pace of attacks on security forces and foreign targets by al-Qaeda-linked al-Shabab, which is based in Somalia.

IS affiliates are also active in the Philippines, where the panel said fighters from Indonesia and Malaysia contribute to insurgent attacks, as well as in their own countries.

The experts also stressed that “al-Qaeda remains resilient and increasingly threatening,” saying its affiliates “are stronger than ISIL in many conflict zones, especially the Sahel, Somalia, Yemen” and northwest Syria.

Image: A black sign belonging to Islamic State militants is seen on the road in the Al-Fateha military airport south of Hawija, Iraq, on October 2, 2017 (REUTERS/Stringer)

IS tries to stage comeback amid rising US-Iran tensions