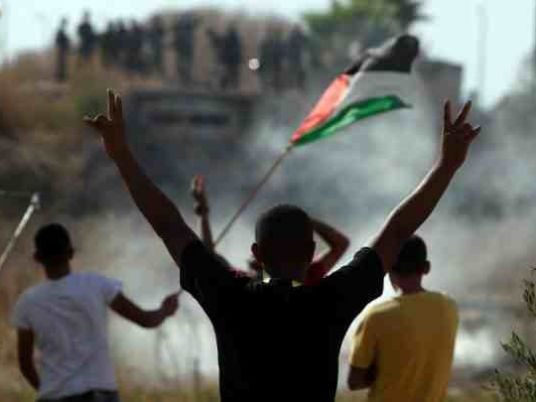 Israel gave police authority to seal off Palestinian neighborhoods in East Jerusalem on Wednesday and will deploy soldiers on main roads to combat the worst spate of violence across Israel, Jerusalem and the occupied West Bank in years.
At a meeting of the security cabinet that finished in the early hours, Prime Minister Benjamin Netanyahu also allowed revocation of residency rights of Palestinians deemed to have committed "terrorism" and a step-up in the demolition of homes of people who carry out attacks.
Seven Israelis and 30 Palestinians, including children and attackers, have died in two weeks of violence including stabbings, shootings, car rammings and security crackdowns that have stirred memories of past Palestinian uprisings.
The causes of the turmoil are multiple, but Palestinians are angry about what they see as increased Jewish encroachment on the Al-Aqsa mosque compound in Jerusalem's Old City, an area that is holy to both Muslims and Jews.
There is also deep-seated frustration with the failure of years of peace efforts to deliver meaningful change, with the Palestinians no closer to statehood and no end to Israeli settlement building in the West Bank and East Jerusalem.
Much of the violence since the start of October has been carried out by residents of East Jerusalem, the predominantly Arab side of the city. Israel regards all of Jerusalem as an integral part of the country, so the threat to seal off neighborhoods there is a dramatic escalation in policing.
Israeli military affairs commentators questioned the value of the threatened lock-down, saying those determined to carry out attacks would still find ways to do so, while the strong-arm tactic could fuel more anger.
On precipice
Human Rights Watch said the measure – which has not yet been imposed but could be carried out if the wave of violence continues – was "a recipe for harassment and abuse".
"Locking down East Jerusalem neighborhoods will infringe upon the freedom of movement of all Palestinian residents rather than being a narrowly tailored response to a specific concern," it said in a statement.
Israel's minister for Jerusalem affairs, Zeev Elkin, told Israel Radio the measure was for security and did not herald a political division of the city.
Palestinians want East Jerusalem as the capital of a future independent state, together with Gaza and the West Bank. Israel sees all of Jerusalem as its undivided capital.
The cabinet also approved an expansion of the national police, extra guards on public transport and the deployment of army units in "sensitive areas" along the steel and concrete barrier that separates the West Bank.
The cabinet agreed that as well as the punitive measure of demolishing attackers' homes, it would forbid new construction at those sites. Such tactics have been threatened in the past but court challenges have frequently held up the process.
In the latest violence on Tuesday, Palestinian men armed with knives and a gun killed three people and wounded several others in a string of attacks in Jerusalem and near Tel Aviv after a "Day of Rage" declared by Palestinian groups.
US Secretary of State John Kerry said he would travel to the region to try and ease tensions.
"I will go there soon, at some point appropriately, and try to work to reengage and see if we can't move that away from this precipice," Kerry said.