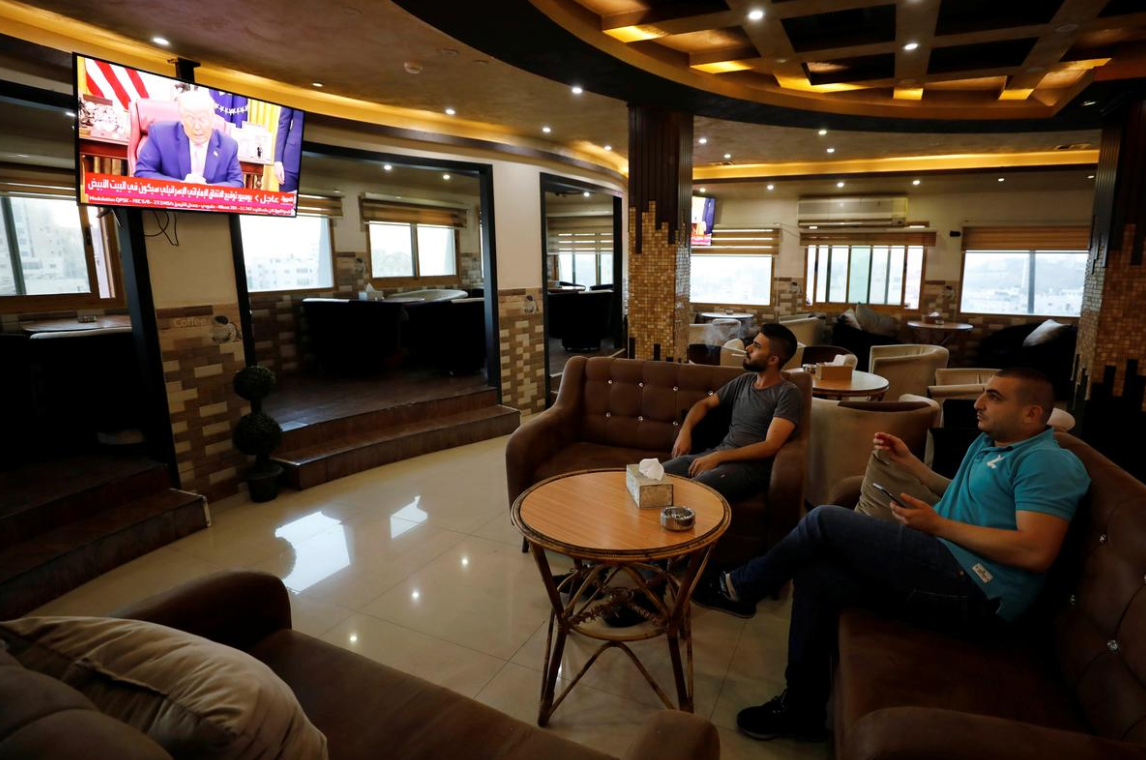 JERUSALEM (Reuters) — Israel talked of “history” and Palestinians of “betrayal” after Thursday’s surprise announcement of a deal to normalize relations between the Jewish state and the United Arab Emirates.

In a nationwide televised address, Israeli Prime Minister Benjamin Netanyahu said the deal would lead to “full and formal peace” with the Gulf Arab state and voiced hope that other countries in the region would follow the UAE’s example.

Netanyahu said it also entailed acceding to a request from US President Donald Trump to “temporarily wait” on implementing the Israeli leader’s pledge to annex parts of the occupied West Bank.

“It’s an incomparably exciting moment, a historic moment for peace in the Middle East,” Netanyahu said.

Palestinian President Mahmoud Abbas, whose officials seemed to be taken by surprise, issued an unusually strong condemnation of a regional Arab neighbor and instructed the Palestinian ambassador to the UAE to return immediately.

Reading a statement on Palestinian television, Abu Rudeineh said the leadership regarded the UAE’s move as “a betrayal”.

The statement urged the Arab League and the Organisation of Islamic Cooperation to assemble to “reject” the deal, adding “neither the UAE nor any other party has the right to speak in the name of the Palestinian people.”

The deal provides a diplomatic achievement for Netanyahu after weeks of domestic criticism over his handling of the coronavirus pandemic and the economy, but also angered right-wing Israeli settlers who want to annex the West Bank.

Netanyahu said that while he had promised to apply Israeli sovereignty to areas, including Jewish settlements, in the territory, which Palestinians seek for a future state, he had made clear he first needed a green light from Washington.

“He deceived us. He has deceived half a million residents of the area and hundreds of thousands of voters,” said David Elhayani, head of the Yesha Council of settlers.

Abbas, who heads the Palestinian Authority and the umbrella Palestine Liberation Organization, has refused all political dealings with the Trump administration for more than two years, accusing it of taking a consistently pro-Israel stance.

Hanan Ashrawi, a veteran Palestinian negotiator, told Reuters: “We were blindsided. Their secret dealings are now completely out in the open. It is a complete sell-out.”

Much use was made of the word “normalization” — a term that has very different connotations on either side.

For Israel and the White House it signified a welcome rapprochement with a key Gulf player in a region from which Israel has long been isolated, aside from two peace treaties with its immediate neighbors Egypt and Jordan.

But for many Palestinians and Arabs in other countries, the word has overwhelmingly negative connotations.

In Gaza, Fawzi Barhoum, a spokesman for Hamas, told Reuters: “Normalization is a stab in the back of the Palestinian cause, and it serves only the Israeli occupation.”

In a rare show of unity, Hamas leader Ismail Haniyeh spoke to Abbas by phone to convey his “absolute rejection” of the deal, Hamas officials said.

There was no official reaction or media coverage in Saudi Arabia, but some Saudis tweeted under hashtags “normalization is treason”, “UAE” and “Israel.”

Mohammed Ali al-Houthi, the head of Yemen’s Iran-aligned Houthi group’s Supreme Revolutionary Committee, said the deal was a betrayal of the Palestinian cause and of pan-Arabism.

Writing by Stephen Farrell; Reporting by Jeffrey Heller and Maayan Lubell in Jerusalem, Rami Ayyub in Tel Aviv, Ali Sawafta in Ramallah and Nidal al-Mughrabi in Gaza, Marwa Rashad in Riyadh and Lisa Barrington in Dubai.; Editing by Sonya Hepinstall

Image: A television screen shows US President Donald Trump as Palestinians follow the news on UAE ‘s agreement with Israel on normalising relations, in Hebron in the Israeli-occupied West Bank August 13, 2020. REUTERS/Mussa Qawasma

Iran, Turkey lash out at UAE over agreement with Israel