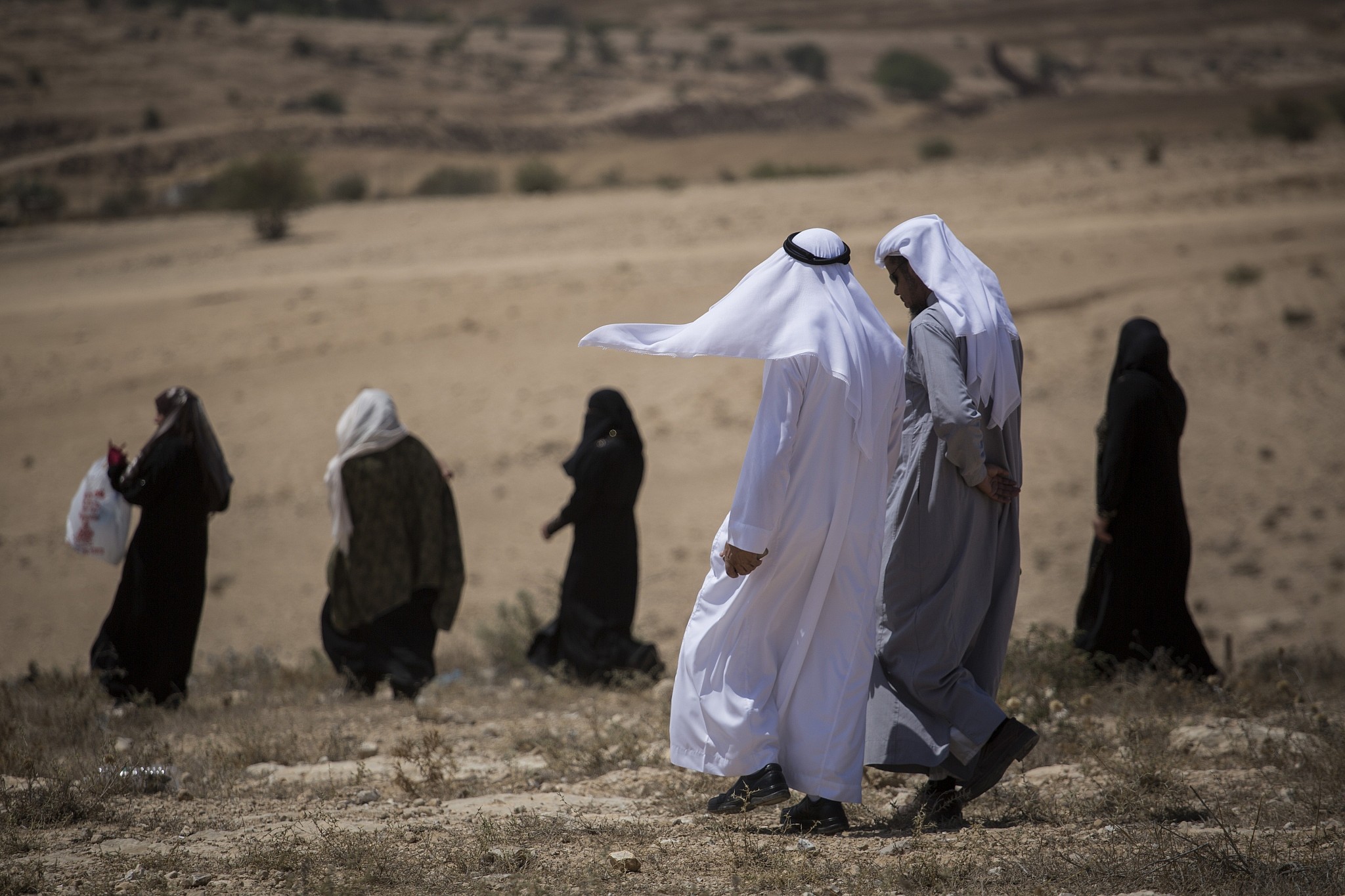 LAKIYA, Israel (AP) — On Hadra al-Faqira’s wedding anniversary, just weeks after she gave birth to a daughter, her husband walked out and took a second wife in an act of polygamy.

She hasn’t seen him since he moved down the road in their dusty Bedouin town and started a new family, with seven more children.

“I can’t bear the thought of her,” al-Faqira said of the second wife. “He destroyed my household when he started another.”

Although Israel outlawed polygamy decades ago, it’s widespread in the impoverished Bedouin sector.

Israel is now trying to end the old custom, for the first time prosecuting suspected Bedouin polygamists. But many Bedouins, who complain of systematic neglect and discrimination by successive Israeli governments, see only a ploy to curb their population growth and criminalize their community members.

Israeli Justice Ministry’s director general Emi Palmor, who spearheads the campaign, says she’s determined to enforce the law but is trying to do so with input from the community. She said she has spent two years researching the issue and discussing solutions with Bedouin activists.

“The Bedouin community is the only place in this country where polygamy is legitimate, out loud, exposed, and no one is ashamed,” she said. “It’s a delicate issue, but it has to end.”

The Bedouins, descendants of nomadic tribes, are part of Israel’s Arab minority of 1.8 million, or about 20 percent of Israel’s population. Some 240,000 live in Israel’s Negev Desert, many in makeshift encampments lacking electricity, sewage or running water.

Most Bedouins fled or were forced out of what is now Israel during the 1948 Mideast war over Israel’s creation. Israel did not recognize their land claims, and many of those who remained live in unrecognized villages, deprived of basic services and vulnerable to government eviction orders and home demolitions, said community activist Yousef Abu Jafar.

Around 20 to 30 percent of Bedouin men practice polygamy, according to government figures, with the rate climbing as high as 60 percent in some villages. Bedouin polygamy takes many forms, from several wives cohabitating under the same roof to men picking up and moving on to second wives without looking back.

The Bedouins are Muslims and Islam permits a man to take up to four wives, though the practice varies greatly among different Muslim communities, often depending on education and income.

Al-Faqira, 47, was married off by her family at age 16. After eight years and four children together, her husband left her, saying his family preferred he take a younger, wealthier wife. For the past decade, he has refused to see her or their children, now in their twenties, claiming they are “no longer his business,” she said.

Al-Faqira said her children have fallen into drugs and street crime. She claimed that fierce competition with her husband’s second wife has led to physical assaults on her family. Her husband’s polygamy, she said, “unleashed violence into my life.”

Polygamy has been linked to domestic violence, psychological disorders and deepening poverty. The custom has contributed to lowering Bedouin girls’ average age of marriage to 18 and driving up their school dropout and unemployment rates to 85 percent and 80 percent, respectively, experts say.

Palmor’s committee, formed in 2016, seeks to crack down on the practice through expanded police enforcement alongside anti-polygamy education in Bedouin schools and funding for programs that boost women’s employment.

Over a dozen indictments have been issued, and in November, the first conviction for polygamy was handed down. The defense sought community service for the man, who took a second wife after his first fell ill. The prosecution is pressing for 18 months in prison. The sentence is expected soon.

Palmor said these new efforts coincide with Israel’s development plans for the Negev. “We’re starting to invest in southern Israel and we realized if we want to build industry and army bases and make the south grow, the progress must include the Bedouin,” she said.

Israel approved an $800 million redevelopment project in 2017 as it moved two huge military bases into its vast southern desert. The project also pledges to provide the Bedouins with jobs, education and new infrastructure.

But many Bedouins say they have yet to see benefits, and claim promises of development only provide cover for efforts to uproot communities from their ancestral lands. For years, Israel has tried to resettle the Bedouins into recognized villages or custom-built cities. The Bedouins have resisted these transfers, viewing them as land grabs that fly in the face of their traditions and clear the way for construction for Jews.

Shefa al-Sana, a Bedouin social worker who helps women affected by polygamous marriages, said that despite a common goal, she doesn’t trust the government. She pulled out of Palmor’s committee, worried its emphasis on law enforcement would further marginalize the Bedouins.

“Polygamy is not a random crime. It’s a problem of ego and ignorance, men who have been stripped of their land needing women to treat as property,” she said.

Compounding suspicions has been the inclusion of Regavim, a pro-settler group invited to present research to Palmor’s committee. It has framed the fight against polygamy as a way of stemming the expansion of Bedouin villages.

Palmor dismissed accusations that her plan is politically motivated, pointing to support she has garnered from some Bedouins, most notably the human rights attorney Insaf Abu-Shareb.

Abu-Shareb has remained in Palmor’s committee, despite a backlash of Bedouins accusing her of betraying her community.

“We’ve been waiting for 70 years, and the longer the government does nothing, the harder polygamy becomes to change,” she said. “If I want the situation of Bedouin women to improve, I need to work with them.”