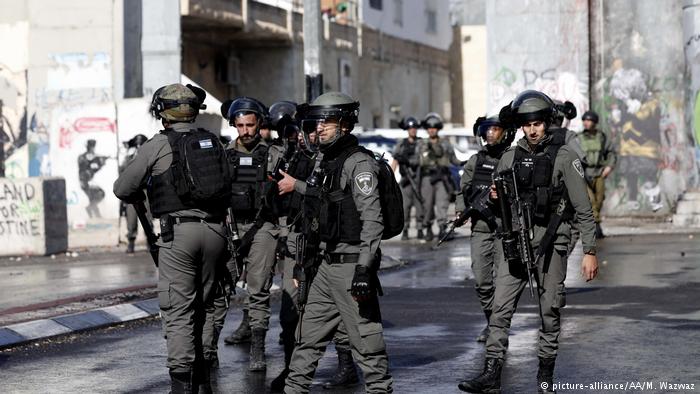 Israel is preparing for further unrest after Palestinian factions called for a “Day of Rage.” A wave of protest followed US President Donald Trump’s decision to recognize Jerusalem as Israel’s capital.

Palestinians were urged to take part in a “Day of Rage” on Friday, with Islamist group Hamas calling for a new uprising against Israel in response to US President Donald Trump’s recognition of Jerusalem as the capital of Israel.

Israeli forces braced for the possibility of even more violence on Friday, with tension likely to be particularly high around weekly prayers at Jerusalem’s Al Aqsa Mosque, the city’s most sacred Muslim site.

At a speech in Gaza City, Hamas leader Ismail Haniya called for a third intifada. Soon after, projectiles were fired from Gaza into Israel.

Trump’s announcement was met with dismay by most of Washington’s allies, but the president was praised by Israeli Prime Minister Benjamin Netanyahu.

Several countries, including Britain and France, asked for the matter to be discussed by the United Nations Security Council on Friday, with a meeting scheduled for the morning.

The Palestinian Authority has called a general strike in the West Bank and East Jerusalem, and schools and shops in these areas remain closed. Hundreds took to the streets after Trump’s decision, burning American and Israeli flags. Ten Palestinians were arrested in East Jerusalem overnight after Molotov cocktails were thrown.

With his recognition of Israel’s claim, Trump has been seen by many – particularly Palestinians themselves – as siding with Israel in a conflict in which Washington is supposed to be brokering a peace agreement.

The Palestinians want East Jerusalem, which Israel captured in 1967, to be the capital of any future Palestinian state as part of a two-state solution. Trump’s statement did not refer to West Jerusalem- part of Israel – or illegally occupied West Jerusalem, instead treating the city as one.

A senior Palestinian official said US Vice President Mike Pence was “not welcome” as a White House warned that the cancellations of a planned meeting later this month between Pence and Palestinian president Mahmud Abbas would be “counterproductive.”

Palestinian President Mahmoud Abbas said Trump’s decision was a “deplorable and unacceptable” move that meant that the US could no longer act as a sponsor of the peace process.