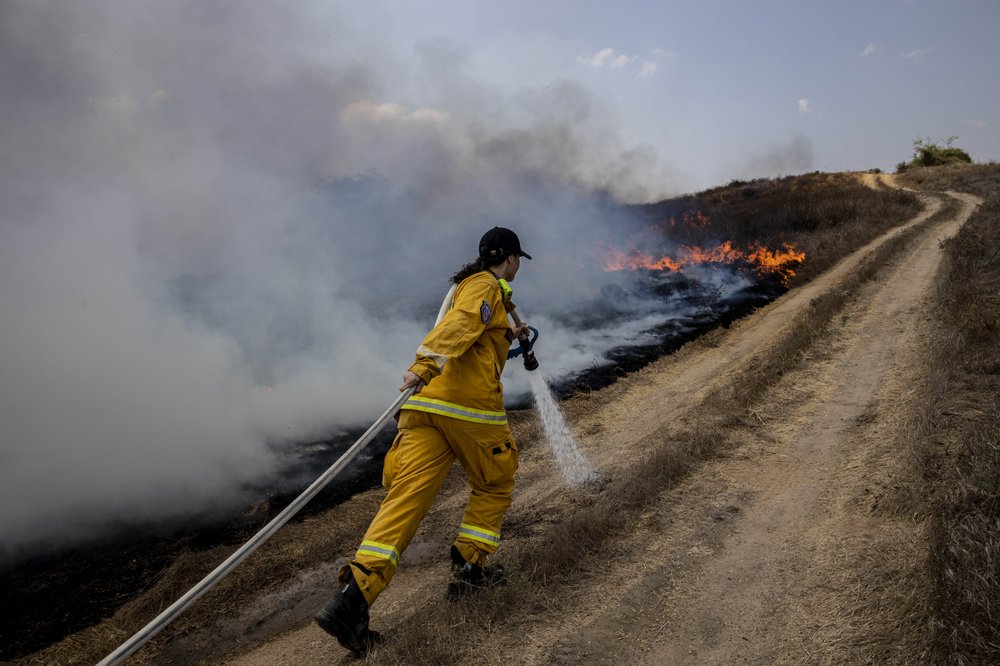 The military said its targets included a compound used by Hamas’ naval force and underground infrastructure and observation posts. There were no immediate reports of casualties on either side.

Israel and Hamas have fought three wars and numerous smaller flareups since the Islamic militant group seized control of Gaza in 2007.

The enemies have largely observed an unofficial truce in recent months, but recent days have seen a resurgence of the incendiary balloons militants have sent from Gaza that have set off heavy fires in neighboring Jewish agricultural lands.

Israel holds Hamas responsible for all fire out of the coastal enclave. As part of its reprisal, Israel also announced it would halt the import of fuel into the Gaza Strip and reduce the fishing area off the Gaza coast.

Image: An Israeli firefighter attempts to extinguish a fire caused by a incendiary balloon launched by Palestinians from the Gaza Strip, on the Israeli side of the border between Israel and Gaza, near Or HaNer Kibbutz, Wednesday, Aug. 12, 2020. The Israeli military said it attacked a number of Hamas targets in the Gaza Strip early Wednesday in response to days of launches of explosives-laden balloons from Gaza into Israeli territory. Israel says it holds Gaza’s Hamas rulers responsible for all fire emanating from the territory. (AP Photo/Tsafrir Abayov)