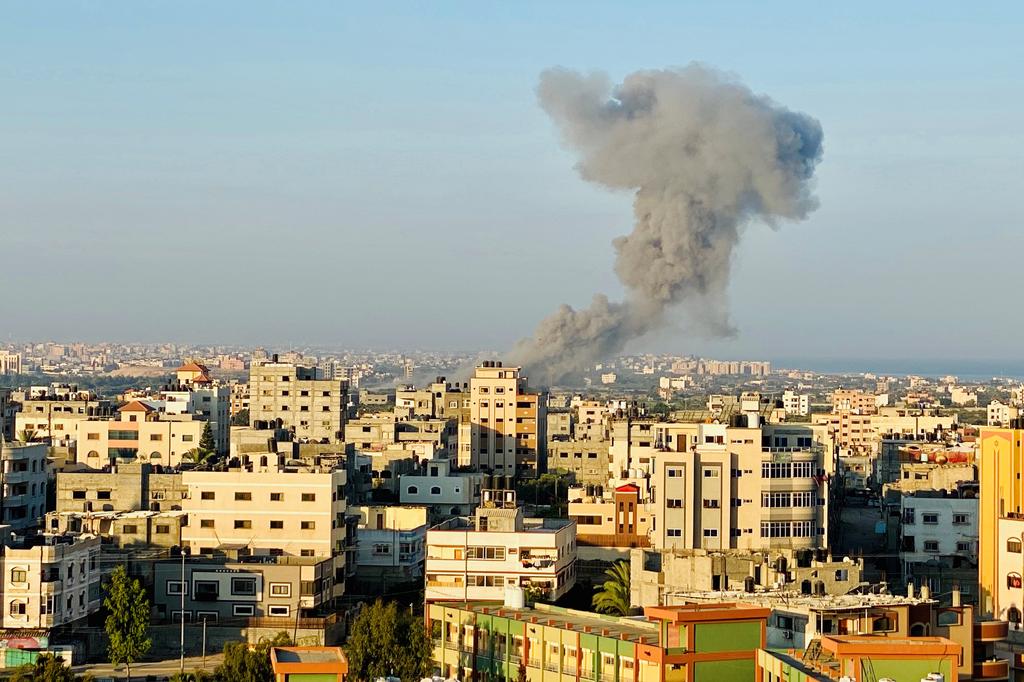 TEL AVIV/GAZA (Reuters) – Israeli aircraft and tanks struck Hamas facilities in Gaza on Friday and militants fired half a dozen rockets towards southern Israel, the military said, as mediators work for calm along the volatile frontier.

There were no reports of casualties on either side.

Israel’s military said it struck underground infrastructure and a military post belonging to Gaza’s Islamist rulers Hamas overnight in response to incendiary balloons launched from the Palestinian enclave that have burned Israeli farmland.

Gaza militants then fired six rockets towards Israel, the military said, drawing a second round of Israeli strikes which hit a Hamas armed training camp.

An Israeli military spokesman said he did not have any information on where the Gaza rockets landed, but that none of them were intercepted by its Iron Dome system.

Hamas has been trying to pressure Israel to ease its blockade of Gaza and allow more investment, in part by letting Palestinians launch dozens of helium balloons carrying incendiary material towards southern Israel in recent weeks.

Mediators from the United Nations, Egypt and Qatar have been working to restore calm. Qatari envoy Mohammad Al-Emadi has been in Gaza since Tuesday holding talks with Hamas leaders.

Israel has struck Hamas facilities almost nightly for the past two weeks, saying it would not tolerate the balloons.

With tension high, Israel has closed its only commercial crossing with Gaza, banned sea access and halted fuel imports into the coastal strip, leading to its only power plant shutting down last week.

Health officials have voiced concern that the power plant shut-down could aggravate a novel coronavirus outbreak in impoverished Gaza, which is home to 2 million Palestinians.