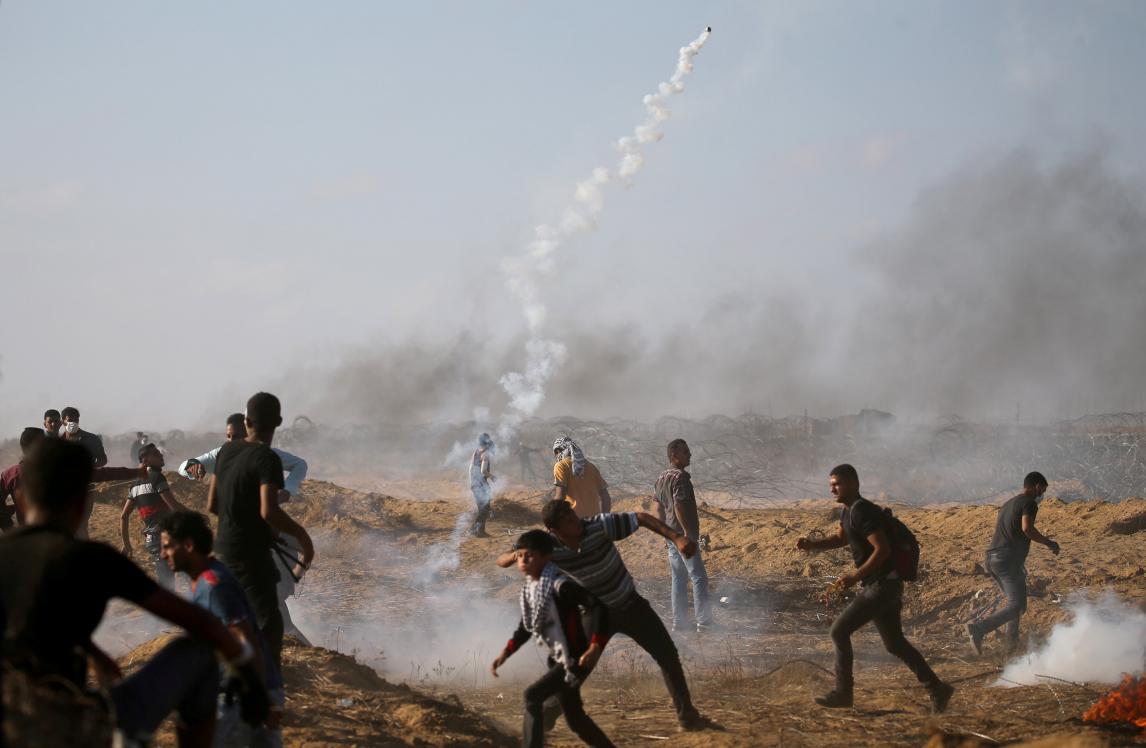 Israel’s military said on Tuesday it would launch a criminal investigation into two incidents in which its troops shot dead Palestinian teenagers taking part in protests along the Gaza border.

The inquiry into the deaths of Abed Nabi, 18, on March 30, and 15-year-old Othman Helles on July 13 was the first announced by the military into its use of lethal force in the border demonstrations that began five months ago.

Protests have included attempts to breach Israel’s security fence along the frontier with the Islamist Hamas-run Gaza Strip.

There was no immediate comment by Palestinian officials in the occupied West Bank or in Gaza, where celebrations for the Muslim holiday of Eid al-Adha have begun. But Nabi’s father, Bahjat, said the soldier who shot his son should stand trial.

“I ask for justice and to put the soldier who has wrongfully shot my son on trial. He was shot in the back. I ask for psychological and financial compensation for what we are going through,” Bahjat Nabi said.

A statement from the Israeli military said its initial inquiries into the two events raised “a suspicion that the shooting in these incidents was not in accordance with standard operating procedures”.

Video posted on social media after the March 30 incident showed a Palestinian, identified by protest organizers as Abed Nabi, dropping to the ground as he ran, holding a tire. The organizers said he was shot with his back to Israeli forces.

The Gaza Health Ministry said that in the July 13 shooting, Helles was hit in the chest.

Israel has accused Hamas, regarded by the West as a terrorist group, of using the demonstrations as a cover for launching attacks. Hamas denies this.

The protest campaign is pressing for an end to the Israeli-Egyptian blockade of Gaza and for the right to return to land that Palestinians lost to Israel in the 1948 war of its foundation. More than half of Gaza’s two million residents are war refugees and their descendants.

Citing security concerns over Hamas and other armed groups in Gaza, Israel and Egypt maintain tight restrictions on their border crossings with the enclave, which have reduced its economy to a state of collapse.

The United Nations and Egypt have been leading efforts to mediate a long-term ceasefire between Israel and Hamas, tackle humanitarian issues in Gaza and improve the economy of the small, coastal strip.