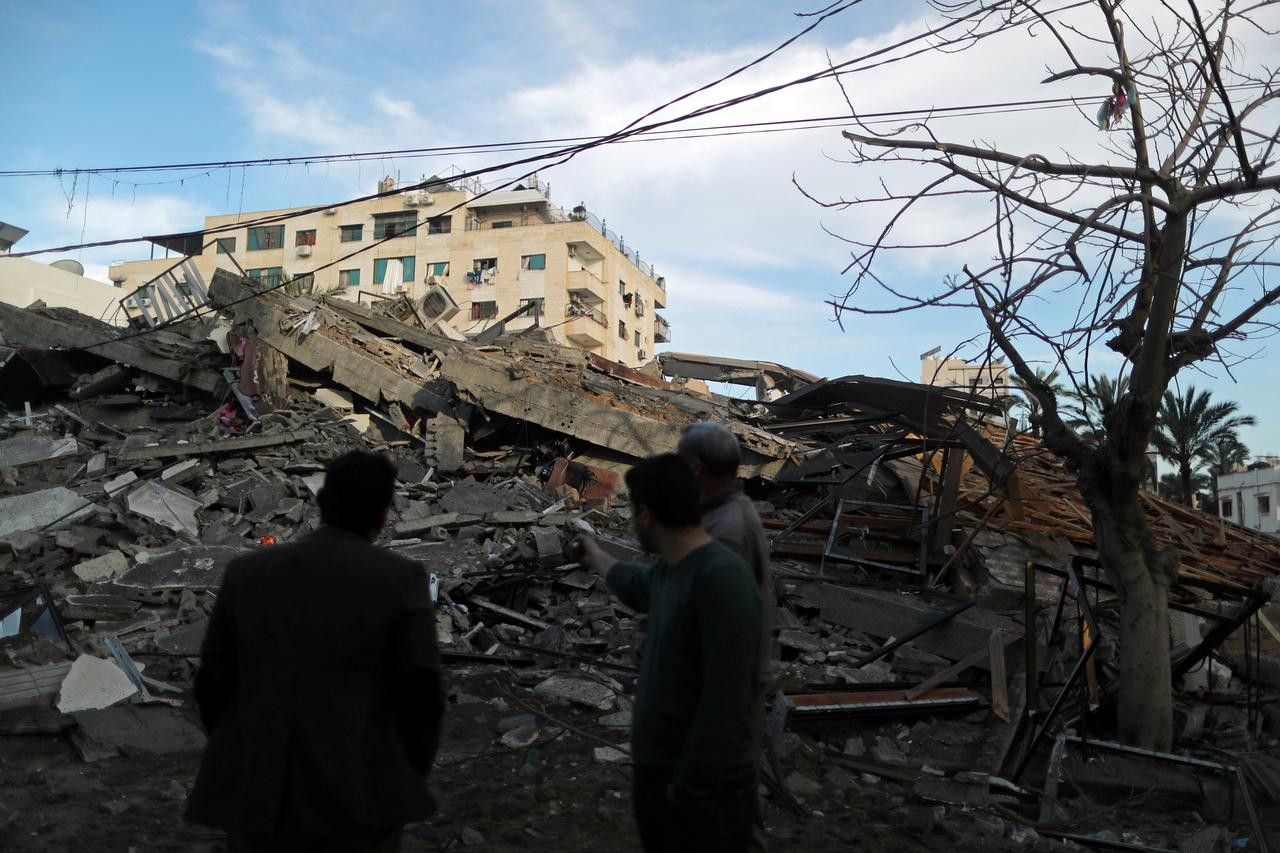 GAZA/JERUSALEM (Reuters) – A rocket fired from Gaza killed an Israeli civilian on Sunday and two Palestinian gunmen were killed in an Israeli strike as cross-border hostilities ran into their third day.

Air-raid sirens sent Israelis in the country’s south, near Gaza, running to their shelters through the night as interceptor missiles blew up rockets in the sky. Israeli police said one of the rockets launched from Gaza hit a house in the city of Ashkelon, killing one man.

Israeli bombings in Gaza shook buildings and sent Palestinians fleeing for cover. The Palestinian Islamic Jihad militant group said two of its men were killed in an Israeli raid before dawn.

Egyptian and UN mediators, credited with brokering ceasefires in previous rounds of violence, were working to prevent further hostilities.

The latest round of violence began on Friday when a Palestinian Islamic Jihad sniper fired at Israeli troops, wounding two soldiers, according to the Israeli military.

Israel retaliated with an air strike that killed two militants from the armed Islamist group Hamas, which controls Gaza.

Two other Palestinians protesting near the frontier were killed by Israeli forces on the same day, Palestinian officials said.

Since Saturday, Hamas and Islamic Jihad militants fired more than 400 rockets at Israeli villages and cities, the military said, and Israel hit back with tank shelling and air strikes at some 200 targets in Gaza.

Islamic Jihad said in a statement that the rocket barrages were a response to Friday’s events and that Israel has been delaying the implementation of previous understandings brokered by Cairo.

Israeli military spokesman Lieutenant-Colonel Jonathan Conricus said on Saturday that Israel was prepared to intensify attacks. He added that Islamic Jihad was trying to destabilize the border and blamed Hamas for failing to rein it in.

In a joint statement on Saturday, Hamas and Islamic Jihad said: “Our response will be broader and more painful if the enemy pursues its aggression.”

The escalation comes just ahead of both the Muslim holy month of Ramadan and Israel’s Independence Day holiday.

Israel is due to host the 2019 Eurovision song contest finals in less than two weeks in Tel Aviv, toward which long-range rockets were launched in mid-March.

Although aerial exchanges are frequent, Israel and Hamas have managed to avert all-out war for the past five years.