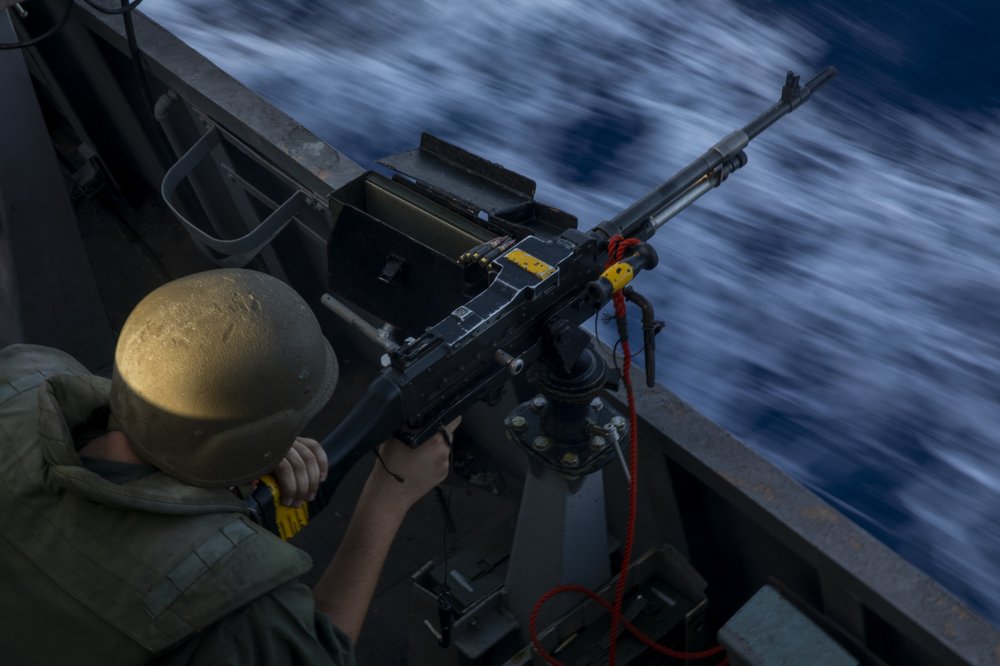 ABOARD THE INS LAHAV (AP) — After a coronavirus-related delay, Israel’s navy is preparing for the long-awaited arrival of its next generation of missile boats — giving it a powerful new tool to defend its strategic natural gas industry from the threat of the Lebanese militant group Hezbollah.

The vessels, commonly known as the “Saar 6,” will be at the forefront of Israeli efforts to protect its 200-mile exclusive economic zone. The natural gas industry, seen as a national asset, is at the heart of those efforts.

Over a decade after finding sizeable reserves off its Mediterranean coast, Israel now generates some 60% of its electricity from natural gas, according to the national electric company, and has begun to export gas to its Arab neighbors Jordan and Egypt. Israel is also pursuing a project with Greece and Cyprus in hopes of creating an Eastern Mediterranean gas pipeline to Europe.

With so much at stake, Hezbollah has identified Israeli gas installations as high-priority targets. In a 2018 speech, the group’s leader, Sheikh Hassan Nasrallah, said he could destroy Israeli gas assets “within a few hours” if there was a government order to do so. Hezbollah is part of an alliance that dominates Lebanese politics and government.

Israel takes such threats seriously. During a monthlong war in 2006, a Hezbollah cruise-missile strike on an Israeli “Saar Five” warship killed four soldiers.

Lt. Col. Eitan Paz, a flotilla commander, said the new vessels would bring a welcome upgrade to the aging Saar Five′s, which are nearly 30 years old.

He said they would be equipped with newer and more powerful radar and other electronic systems, and handle rough seas much better than their predecessors. The 90-meter (295-foot) vessels are equipped with rocket and missile defense systems, anti-aircraft and anti-ship missiles, torpedoes and an upgraded launching pad for Israel’s newest attack helicopters.

“Physically, it’s not much bigger than the Saar Five,” he said. “But it adds all of these systems.”

He said the first boat, the INS Magen, or “Shield,” was supposed to arrive in August, but delivery was delayed due to the coronavirus. He said it would be deployed immediately and reach full operational capacity within several months after it is outfitted with Israeli weapons systems in several phases.

Since the 2006 war, Hezbollah is believed to have greatly beefed up its arsenal with some 150,000 rockets and missiles, according to Israeli estimates. Israel also accuses the group of trying to develop precision-guided missiles, which would make that arsenal far more lethal.

Harel said the navy’s main concerns are Chinese-made C-802 missiles, like the one that hit the Israeli ship in 2006, and Russian-made “Yakhont” anti-ship missiles possessed by Hezbollah’s ally Syria.

But he said the military has learned lessons from that war. “We are prepared and we will be even more prepared when we have the new battleships,” he said.

Israel agreed to buy the vessels in a 2015 deal valued at roughly 430 million euros ($480 million at the time), with the German government covering about one quarter of the cost.

Several Israeli businessmen, including confidants of Israel’s Prime Minister Benjamin Netanyahu and a former commander of the navy, are suspects in a graft scandal connected to the purchase of the warships and submarines from German conglomerate ThyssenKrupp.

Netanyahu, who is on trial in three other corruption cases, was not named as a suspect in the scandal and no one active in the Israeli navy has been connected.

Image: An Israeli soldier fires on board the Israeli Navy Ship Lahav during a rare tour of Israel’s offshore Leviathan gas field in the Mediterranean Sea, Tuesday, Sept. 29, 2020. After a coronavirus-related delay, Israel’s navy is preparing for the long-awaited arrival of its next generation of missile boats — giving it a powerful new tool to defend its strategic natural gas industry from the threat of the Lebanese militant group Hezbollah. (AP Photo/Ariel Schalit)