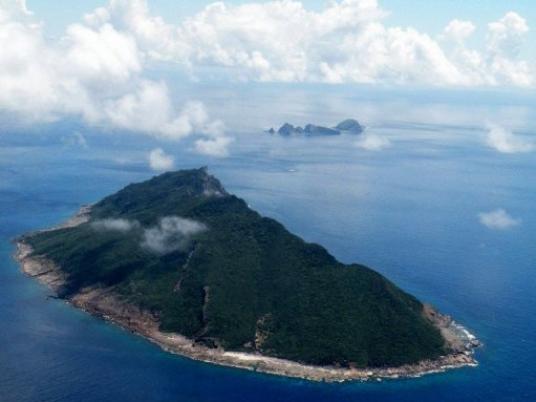 Japan said on Wednesday that Tokyo would "strongly protest" against Russia's military exercises on disputed Pacific islands also claimed by Japan, a row over which has strained relations between the two nations since the end of World War Two.
The exercises on the islands are a blow to Prime Minister Shinzo Abe's efforts to court resource-rich Russia and keep the door open to dialogue with Moscow, despite the Ukraine crisis.
The dispute over the islands, which Russia seized from Japan in the waning days of World War Two, has also prevented the two countries from signing a formal peace treaty.
The islands are known as the Southern Kuriles in Russia and the Northern Territories in Japan.
"Carrying out this sort of exercises in the Northern Territories is totally unacceptable," Abe told reporters.
"We will be protesting strongly through the Foreign Ministry."
Japan had already protested prior to the beginning of the drills, but would renew its objections, a Foreign Ministry official said.
Colonel Alexander Gordeyev, a spokesman for Russia's Eastern Military District, told the Russian news agency Interfax on Tuesday that exercises had begun, involving military units in the region, which were deploying to the islands.
Gordeyev said more than 1,000 troops, five Mi-8AMTSh attack helicopters and 100 other pieces of military hardware would be involved in the maneuvers.
The exercises included Etorofu and Kunashiri islands, which Tokyo claims. It also claims Shikotan island and the Habomai islet group.
Russia is at odds with Western powers over what NATO says is its massing of military forces along the border with Ukraine for a possible invasion to boost pro-Russian separatists in the country's east. Moscow denies any such intent.
Abe, however, has made an effort to improve Japan's ties with resource-rich Russia a key aspect of his diplomacy.
His government treads a fine line by imposing sanctions on Moscow in step with ally the United States, but keeps them lighter than those ordered by Washington in a bid to keep relations with Russia from going into a deep chill.
In his first year in office, Abe met Putin five times, while failing to secure a summit with the leaders of neighboring China or South Korea.
Closer ties between Tokyo and Moscow are driven largely by mutual energy interests.
Russia plans to at least double oil and gas flows to Asia in the next 20 years and Japan has been forced to resort to huge fuel imports to replace lost nuclear energy, as reactors shut down after the 2011 Fukushima disaster.