At least two people have been killed and about 20 others are missing after huge floods swept away houses and tore up roads in southern Japan. Rescuers are scrambling to evacuate hundreds of thousands of people.

Officials from Japan’s Meteorological Agency on Thursday warned of further landslides and overflowing rivers, with unprecedented downpours expected to continue pummeling the southern island of Kyushu in the coming days.
“We are seeing heavy rains unlike anything experienced before,” an agency official told reporters. “It is an abnormal situation with serious danger looming.”

At least 20 people, including a child, are unaccounted for, while 400,000 people have been evacuated to special centers set up in schools and government buildings located on high enough ground.
One man was found dead in the city of Asakura in the Fukuoka prefecture, while another was killed in a landslide in Hita in the Oita prefecture, officials said.

“There are many reports of people whose safety cannot be confirmed, things like ‘a child was swept away by the river’ and ‘my house was swept away and I can’t get in touch with my parents,'” Japan’s chief cabinet secretary, Yoshihide Suga, said at a news conference.
“We will keep in close contact with the disaster-hit areas and work with all our energy to save lives and ascertain the extent of the damage.”

More than 50 centimeters of rain submerged parts of Kyushu in the space of just 12 hours. Television footage showed waves of floodwaters sweeping through rural villages, tearing through houses and ripping up roads.

While there were no initial reports of transport problems, footage showed rail lines left broken and twisted by the floodwaters.

With more heavy rain forecast for Friday, some 7,500 rescuers from Japan’s military and emergency services are scrambling to evacuate hundreds of thousands of people who remain trapped in the worst affected areas of Kyushu, Japan’s southernmost main island.
However, authorities indicated that the number of missing – and ultimately the death toll – could rise.

An official from the region’s disaster response team said they had received “many, many calls” from people in distress over missing friends and relatives.
The heavy rainfall comes on the heels of a deadly typhoon that hit southern China, killing 56 people and causing around $4 billion in damage. 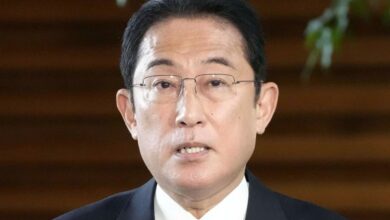 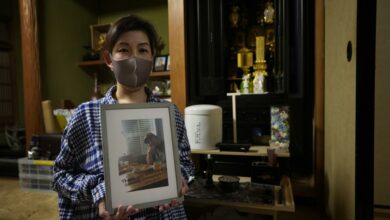