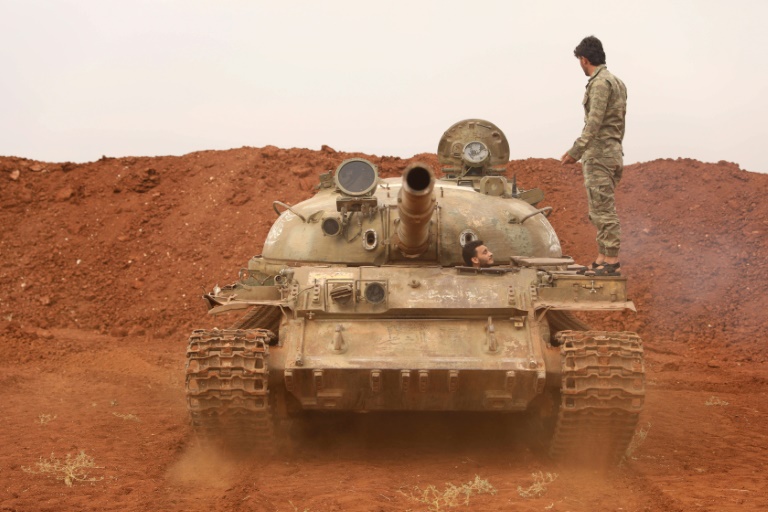 A Russian-Turkish truce agreement reached nearly a month ago for the northwestern region gave “radical fighters” until October 15 to leave a proposed demilitarised area between government and opposition forces.

The accord was a last-ditch effort to stave off a regime onslaught on Idlib, the largest rebel stronghold left in war-ravaged Syria and home to around three million people.

But the target date for the withdrawal came and went without any hardliners leaving.

“We did not document the withdrawal of any jihadist fighters from the entire demilitarised zone,” Rami Abdel Rahman, the head of the Syrian Observatory for Human Rights war monitor, said on Monday morning.

Jihadists had until midnight Sunday to Monday to pull out, according to Abdel Rahman and two rebel commanders in Idlib.

Syria’s government said it would take “time” to judge if the deal had failed.

“We have to wait for the Russian reaction. Russia is monitoring and following the situation,” Foreign Minister Walid Muallem told reporters in Damascus.

He said he hoped Turkish President Recep Tayyip Erdogan would still be able to “fulfil the agreement from his part”.

“We have not abandoned our choice of jihad and fighting towards implementing our blessed revolution,” said HTS, an alliance led by Al-Qaeda’s one-time Syria branch.

HTS and other, more extreme jihadists hold over two-thirds of the planned buffer area, and over half of the rest of Idlib.

Their withdrawal was seen as the real test of the accord reached on September 17 between rebel backer Ankara and regime supporter Moscow in the Russian resort town of Sochi.

The deal provides for a 15-20 kilometre buffer zone semi-circling opposition-held areas in Idlib and the neighbouring provinces of Latakia, Hama, and Aleppo.

It set a first deadline of October 10 for all rebels and jihadists to pull heavy weapons from the zone, a task which Turkey, the Observatory, and rebels said was done on time.

But late Saturday, mortar rounds fired from the buffer hit regime positions and killed two soldiers, the Observatory said, indicating heavy arms may still be in the zone.

The apparent violation came just ahead of the deal’s second and more consequential deadline: a full jihadist withdrawal of the zone by Monday, paving the way for Russia and Turkey to monitor the area.

HTS has yet to take a formal stance on the Sochi accord and its most recent statement made no mention of the deadline.

But it and other jihadists appeared to have quietly pulled out their heavy arms in line with the first deadline on October 10.

That, observers said, could indicate that hope was not yet lost for the buffer.

“Even if the agreement is not fully implemented today, it doesn’t mean that it’s not holding,” said Haid Haid, research fellow at the International Centre for the Study of Radicalisation.

HTS would seek the “best possible scenario” for its own survival, but that may include “a partial withdrawal”.

Sam Heller, an International Crisis Group analyst, said the ambiguity in HTS’s statement “could be seen as a sort of implicit acceptance of the Sochi deal and its implementation”.

The onus was now on Ankara and Moscow — the deal’s two sponsors and the chief powerbrokers of the Syrian war — to overcome the missed deadline.

“October 15 is a test of Turkey’s ability to implement the deal, but at the same time it’s a test of Russia’s intentions and how serious it is about continuing the agreement,” Heller told AFP.

It would show whether Moscow was committed to keeping the deal alive or “implementing it to the letter,” he said.

Last week, Russia hinted that it could accept a brief delay if it meant the spirit of the deal was still upheld.

Foreign Minister Sergei Lavrov said the buffer should be fully operational by October 15, but that a delay of one or two days would “make no difference.”

Syria’s top diplomat Muallem said earlier this month that the deal may take until December to execute.

But he hinted on Monday that the military option was not off the table, saying jihadists should be removed from Idlib.

“We have to wait, but at the same time, our troops are still ready around Idlib,” he said.

Syrian President Bashar al-Assad has said the Idlib is only “temporary,” and that the area would eventually fall back to government hands.