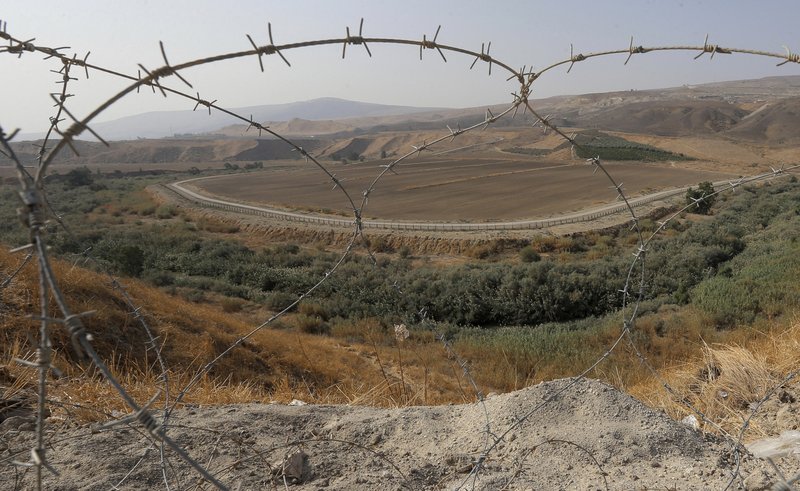 AMMAN, Jordan (AP) — Jordan’s Foreign Ministry said Thursday that Israeli farmers will no longer be allowed to work their fields in an enclave of southern Jordan, ending a more than 25-year arrangement meant to shore up a historic peace agreement.

The announcement reflects the poor relations between the countries, which have been underscored by Jordan’s vocal opposition to Israeli plans to annex parts of the occupied West Bank.

Under their landmark 1994 peace deal, Jordan granted Israel a 25-year lease on two small areas along their border, Baqura and Ghamr. Last year, Jordan said it would not renew the leases, but agreed to allow Israeli farmers to continue to harvest their crops in Ghamr, known to Israelis as Tsofar, for one more season.

It required the farmers, however, to obtain visas and enter the country through official border crossings, instead of the former system of allowing them to enter the areas freely.

The peace treaty, Israel’s second with an Arab nation, began with great optimism, but relations have steadily deteriorated.

The accord remains a vital strategic asset for both countries, which maintain tight security cooperation and joint economic projects. But Israel’s occupation of the West Bank and its policies in east Jerusalem, where Jordan has custodial rights over Muslim holy sites, have repeatedly raised tensions. A large part of Jordan’s population is Palestinian, and public opinion has remained largely against normalized relations with Israel.

On Thursday, Jordan joined other Arab countries in condemning Israeli Prime Minister Benjamin Netanyahu’s plan to annex large parts of the West Bank, including Israel settlements and the strategic Jordan Valley. The annexation plan, which would extinguish Palestinian hopes of establishing an independent state that includes all of the West Bank, has drawn widespread international opposition.

Jordanian Foreign Minister Ayman Al-Safadi said annexation “would kill a two-state solution, undermine the foundations of the peace process, and set off the conflict.”

Image: In this Nov. 13, 2019, file photo, a portion of the Israeli-Jordanian border ​​is viewed through a barbed wire fence from Baqura, in the Jordan Valley. Jordan’s Foreign Ministry on Thursday, April 30, 2020 announced that Israeli farmers will no longer be allowed to work their fields in an enclave of southern Jordan, ending a more than 25-year arrangement meant to shore up a historic peace agreement. (AP Photo/Raad Adayleh, File)