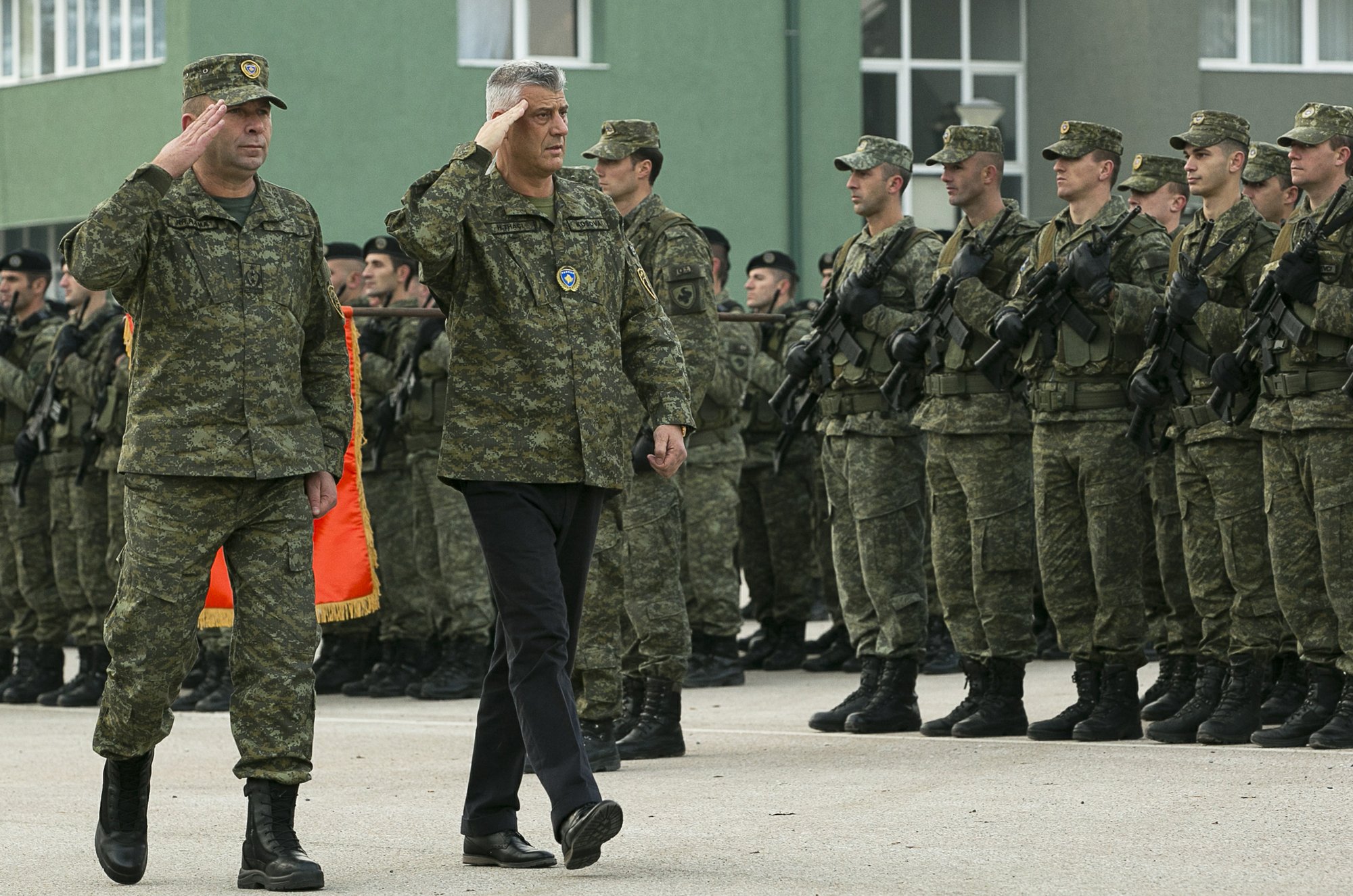 PRISTINA, Kosovo (AP) — Kosovo’s parliament on Friday overwhelmingly approved the formation of an army, angering Serbia which talked up the possibility of an armed intervention in response. NATO’s chief called Kosovo’s move “ill-timed” and urged dialogue to maintain peace in the war-scarred region.

The 120-seat parliament voted with all present 107 lawmakers in favor of passing three draft laws to expand an existing 4,000 Kosovo Security Force and turn it into a regular lightly armed army. Ethnic-Serb community lawmakers boycotted the vote.

Serbia insists that the new army violates a UN resolution that ended Kosovo’s 1998-1999 bloody war of independence. It has warned bluntly that it may respond to the move with an armed intervention in the former province, with Prime Minister Ana Brnabic saying it was “one of the options on the table.”

On Friday, Nikola Selakovic, an adviser to the Serbian president, said the county could send in Serbian armed forces or declare Kosovo an occupied territory.

In Serb-dominated northern Kosovo, Serb leader Goran Rakic said the new army was “unacceptable” and “showed clearly that Pristina does not want peace.” Rakic urged Serbs in Kosovo to show “restraint and not respond to provocations.”

Any Serbian armed intervention in Kosovo would mean a direct confrontation with thousands of NATO-led peacekeepers, including US soldiers, stationed in Kosovo since 1999.

Kosovo declared independence from Serbia in 2008, a move not recognized by Belgrade or its ally Russia. Tensions have remained high between the two sides, and NATO and the European Union — which has led years-long talks to improve ties between the Balkan neighbors — expressed regret that Kosovo decided to go ahead with the army formation.

“I reiterate my call on both Pristina and Belgrade to remain calm and refrain from any statements or actions which may lead to escalation,” NATO Secretary-General Jens Stoltenberg said.

He said the alliance remains committed “to a safe and secure environment in Kosovo and to stability in the wider Western Balkans.” He said they will “re-examine the level of NATO’s engagement with the Kosovo Security Force.”

The new army will preserve its former name — Kosovo Security Force — but now with a new mandate. In about a decade the army will have 5,000 troops and 3,000 reservists, essentially operating as a security force handling crisis response and civil protection operations.

Seeking to reassure Serbia and the international community, Kosovo’s Prime Minister Ramush Haradinaj said the new army “will never be used against them (Serbs).” He added: “Serbia’s army will now have a partner — Kosovo’s army — in the partnership for peace process and it won’t be a long time when we serve together.”

Serbia fears the move’s main purpose is to chase the Serb minority out Kosovo’s Serbian-dominated north, a claim strongly denied by Pristina.

President Hashim Thaci said that the new army will be “multiethnic, professional and to serve all citizens, peace in Kosovo, the region and wherever in the world when asked.” He called on the return to dialogue for normalizing ties with Serbia.

The United States hailed Kosovo’s parliament vote to form a new army as a first step and reaffirmed “its support for the gradual transition … to a force with a territorial defense mandate, as is Kosovo’s sovereign right.”

A US embassy statement in Pristina urged Kosovo to continue “close coordination with NATO allies and partners and to engage in outreach to minority communities.”

“Regional stability requires that Kosovo make genuine efforts to normalize relations with its neighbor Serbia, and we encourage both sides to take immediate steps to lower tensions and create conditions for rapid progress on the dialogue,” it said.

In a sign of defiance, Serbs in the north displayed Serbian flags on streets and balconies while NATO-led peacekeepers deployed on a bridge in the ethnically divided northern town of Mitrovica.

Serbian President Aleksandar Vucic also is to visit Serbian troops on the border with Kosovo in an apparent saber-rattling move.