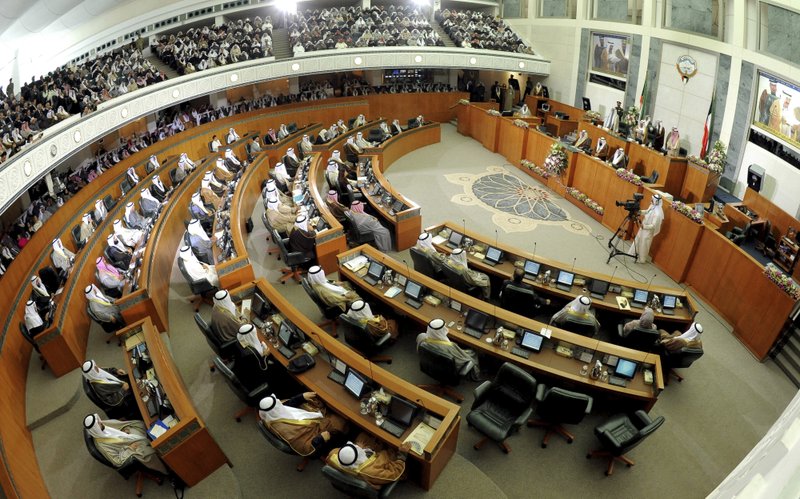 KUWAIT CITY (AP) — Kuwait began voting Saturday for its National Assembly, the first election since the death of its longtime ruling emir at a time the oil-rich nation struggles with serious economic problems during the coronavirus pandemic.

This tiny country’s hundreds of thousands of voters will select lawmakers for 50 seats in the parliament, the freest and most-rambunctious of all of the Gulf Arab countries. However, Kuwait’s parliament has tamped down opposition to its ruling Al Sabah family since the 2011 Arab Spring protests that saw demonstrators storm the chamber.

Parliaments typically don’t serve out their full terms in the stalwart US ally, but this one did.

Kuwaitis are voting across 102 schools in the nation the size of the US state of New Jersey. Authorities said masks and social distancing will be required due to the pandemic. Several schools will take those with active cases of the virus, with the sick first receiving permission from the government to vote.

Polls will be open from eight am to eight pm.

The new parliament will need to make decisions on a number of matters, perhaps none more important that Kuwait’s economy.

This fall, the ratings agency Moody’s downgraded Kuwait for the first time in its history. The finance minister warned the government soon wouldn’t be able to pay salaries. Kuwait’s national bank said the country’s deficit could hit 40% of its gross domestic product this year, the highest level since the financial devastation of the 1990 Iraqi invasion and subsequent Gulf War.

With crude oil prices just above $45 a barrel, other nearby Arab states took on debt, trimmed subsidies or introduced taxes to sustain their spending. Kuwait, however, did none of that.

That’s not to say Kuwait will be begging for aid at international summits anytime soon. The Kuwait Investment Authority holds assets of $533 billion, according to the Las Vegas-based Sovereign Wealth Fund Institute, making it the world’s fourth-largest such fund.

The problem is Kuwait has no legal framework to deficit-spend beyond its current limit of $33 billion. It needs the country’s parliament to grant approval. But lawmakers likely will face a popular backlash as the public fears the money will be lost to corruption amid a series of high-profile cases shaking the country.

Kuwait has the world’s sixth-largest known oil reserves. The country also hosts some 13,500 American troops, many at Camp Arifjan south of Kuwait City, which is also home to the forward command of US Army Central.

Image: FILE – This Dec. 16, 2012 file photo shows a general view of Kuwait’s National Assembly. Kuwait, one of the world’s wealthiest countries, is facing a debt crisis. The pandemic has sent the price of oil crashing to all-time lows and pushed Kuwait toward a reckoning with its longtime largesse for its citizens just as a parliamentary election looms in December 2020. (AP Photo/Gustavo Ferrari, File)