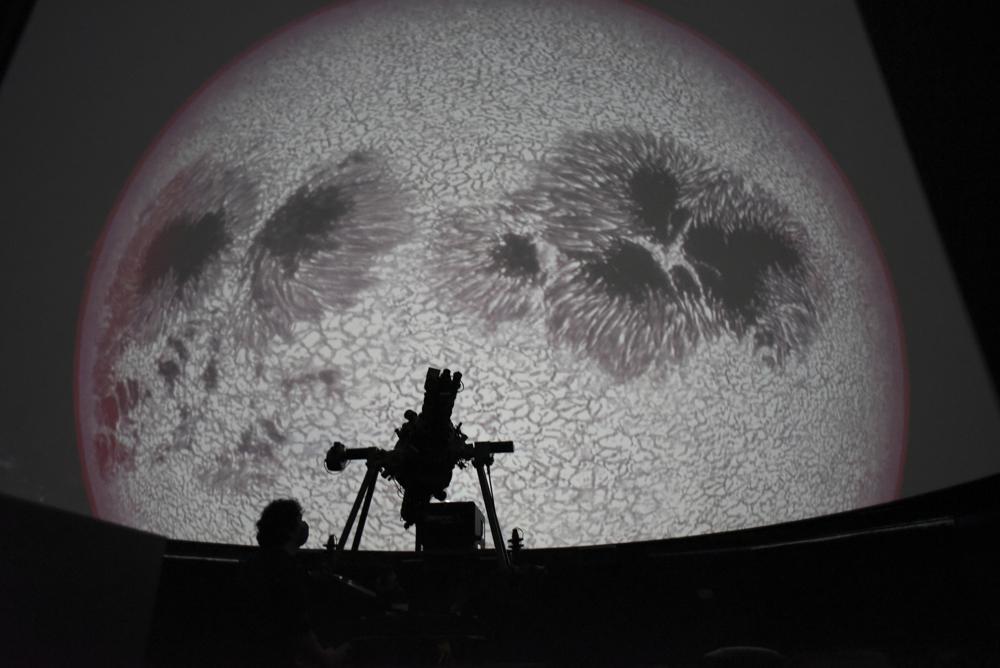 On Feb. 17, the congress in Nicaragua, one of the region’s poorest, most conflict-prone nations, approved a law creating a space agency. Costa Rica, known for relative growth and stability, did the same on Feb. 18, the day that the NASA rover Perseverance landed on Mars to look for signs of ancient life.

The potential benefits of space are tantalizing for many countries with scarce resources. Satellite technology, international partnerships, national pride and local development all beckon. Inevitably, critics suspect a boondoggle, a vanity project, a diversion from pressing problems on the ground.

“The truth is, the type of eyebrow raised regarding the announcement of a Nicaragua space program is similar to whenever an African country announces a space program. People always question why it makes sense, especially since these countries are battling several socioeconomic problems,” Temidayo Oniosun, managing director of Space in Africa, wrote in an email to The Associated Press.

“First of all, most developing countries are primarily interested″ in space technologies to address developmental challenges, Oniosun said. Some want a communications satellite ”because it brings an excellent investment return and helps close the digital divide challenges. It is why you rarely see a developing country say they are doing space explorations (Moon, Mars, etc.) and stuff,″ he said.

The growth of the commercial space industry and prospects for global internet access from satellite constellations could increasingly help countries that lack coverage. Satellite data can also guide crop-growing, help industry and natural disaster management and track weather and other conditions linked to disease.

Nicaragua, whose government cracked down hard on the political opposition, isn’t a newcomer to space ambitions. An old deal with China years ago for the deployment of a communications satellite is delayed. In 2017, Russia opened a facility in Nicaragua as part of a satellite navigation system; Nicaragua denied it was for spying on the region or the United States.

Nicaragua seems aware of skepticism about its new, military-run ’’National Secretariat for the Affairs of Outer Space, the Moon and Other Celestial Bodies.″

“It’s not how they have wanted to manipulate it,″ pro-government legislator Jenny Martínez said in congress, without elaborating on critics’ comments. She said more than 50 countries have agencies dedicated to space matters. Nicaragua has been a member since 1994 of the United Nations Committee on the Peaceful Uses of Outer Space, which oversees treaties governing space law.

“I don’t think Nicaragua needs to send something into space to be a part of the forum,″ said Carlos Arturo Vélez, an Ecuadorian lawyer studying at the International Institute of Air and Space Law at Leiden University in the Netherlands.

“Doing something wrong in outer space could affect any country in the world,″ for example if satellite debris crashes to Earth and causes damage and casualties, Vélez said.

Ecuador launched a satellite, Pegaso, in 2013 with fanfare and Chinese help, but it was damaged a month later. Some accounts said the cause was debris from an old Russian rocket.

Supporters of Costa Rica’s space ambitions say its new agency can contribute to technologies used on Earth, as well as give Costa Rica a say in international space policy and agreements.

“A lot of people criticized the creation of NASA in 1958 when the United States was struggling with the worst economic recession of the postwar era,″ Franklin Chang Díaz, a Costa Rica-born U.S. citizen who became a NASA astronaut, said in a statement.

The incredible feat of putting a person on the moon, he said, ’’sometimes eclipses the most significant″ thing about NASA’s creation: The enormous technological and economic benefits that followed. Chang Díaz is the chairman and CEO of the Ad Astra Rocket Company, based in Texas.

Last week, California-based LeoLabs, Inc. announced that a new radar site was operational in Costa Rica to track objects in low Earth orbit and deliver data. The country’s first satellite, Irazú, was launched with help from a SpaceX rocket in 2018 to monitor its tropical forests and climate change. It was partly funded with a Kickstarter campaign.

“It’s not surprising” that Costa Rica passed a space agency law and hopefully Guatemala will do the same, said Katherinne Herrera, a biochemistry and microbiology student at the University of the Valley of Guatemala who heads a university club dedicated to space science and engineering.

A country needs ’’public policies that support space initiatives″ and ’’help achieve different objectives in the area of research,″ Herrera wrote in an email.

Guatemala’s first satellite, Quetzal-1, was deployed by Japan last year and was operated by a team from the university where Herrera is studying. The project unfolded in a country whose problems have compelled many citizens to look for a better life elsewhere.

Bolivia’s space agency got caught up in the country’s recent political turmoil. The new government accused its interim predecessor of hobbling operations at the agency, which was set up in 2010 by then-President Evo Morales.

Brazil’s science and technology minister, Marcos Pontes, is a former astronaut who trained with NASA, and Chile is home to giant telescopes. Now Mexico and Argentina are leading efforts to form a regional space agency. The African Union also plans a space agency, to be based in Egypt. The European Space Agency, which uses a rocket launch site in French Guiana on South America’s northeast coast, was established in 1975.

Mexico’s Congress on Monday hosted an international panel on the outlook for a ’’new space race″ and what it can do for health, education and other fields. Sen. Beatriz Paredes Rangel put it in existential terms, saying it was time to stop dwelling on Earth-bound debates of the past.

“The future is in our hands and if we’re not a part of it, we will disappear or waste the opportunity to play a relevant role in the construction of the future,” she said.