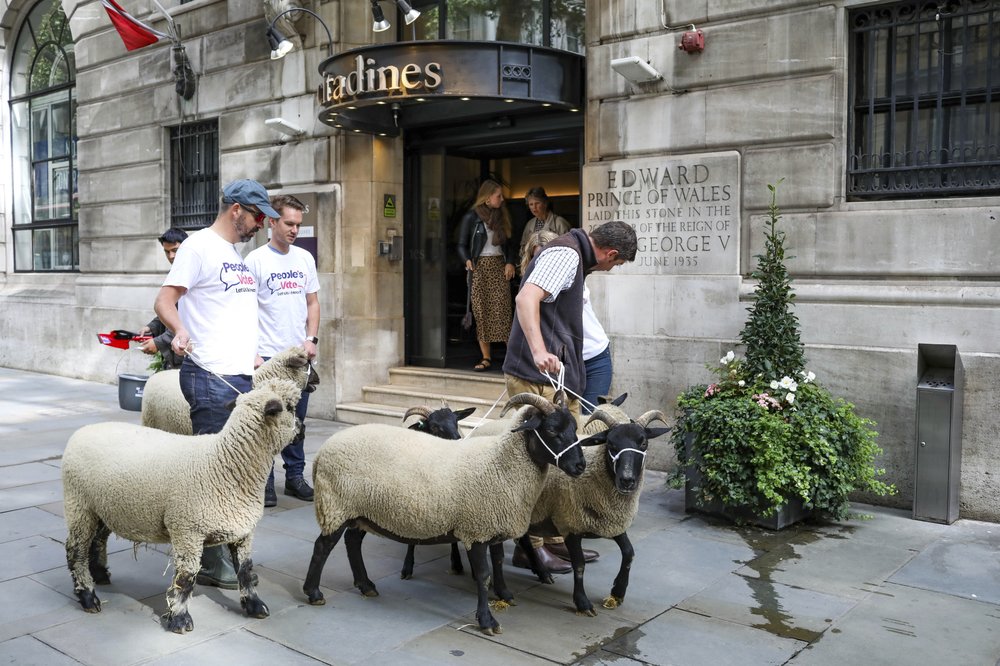 LONDON (AP) — Secret British government documents have warned of serious disruptions across the country in the event that the UK leaves the European Union without a trade deal on Oct. 31, according to The Sunday Times.

The newspaper published what it said were three pages worth of “planning assumptions” detailing what the British government expects in the case of a sudden, “no-deal” exit from the EU. Among the most serious: “significant” disruptions to the supply of drugs and medicine, a decrease in the availability of fresh food and even potential fresh water shortages due to possible interruptions of imported water treatment chemicals.

Although the grim scenarios reportedly outlined in the government documents have long been floated by academics and economists, they’ve been repeatedly dismissed as scaremongering by proponents of Britain’s departure from the EU.

British Prime Minister Boris Johnson has said he is ready to leave the EU regardless of whether he is able to renegotiate the exit Brexit deal struck with Brussels by his predecessor, Theresa May.

His own officials, however, have warned that with a no-deal Brexit, the sharing of law enforcement data and the health of Britain’s crucial financial services industry could be in jeopardy after Oct. 31.

The documents published by the Times also quote officials as warning that up to 85 percent of all trucks would not be ready for French customs at the critical Channel crossing on Oct. 31, causing lines that could stretch out for days. Some 75 percent of all drugs coming into Britain arrive via that crossing, the memos warned, “making them particularly vulnerable to severe delays.”

The officials foresee “critical elements” of the food supply chain being affected that would “reduce availability and choice and increase the price, which will affect vulnerable groups.”

The Sunday Times did not explain how it got the documents. Britain’s Cabinet Office did not return a message seeking comment.

Demonstrators walk a flock of sheep through the streets as part of a protest against Brexit, in central London, Thursday, Aug. 15, 2019. Protestors are walking sheep past government buildings as part of ‘Farmers for a People’s Vote’ to highlight the risk Brexit presents to livestock. (AP Photo/Vudi Xhymshiti)

Brexit: May heads back to Brussels but EU not budging