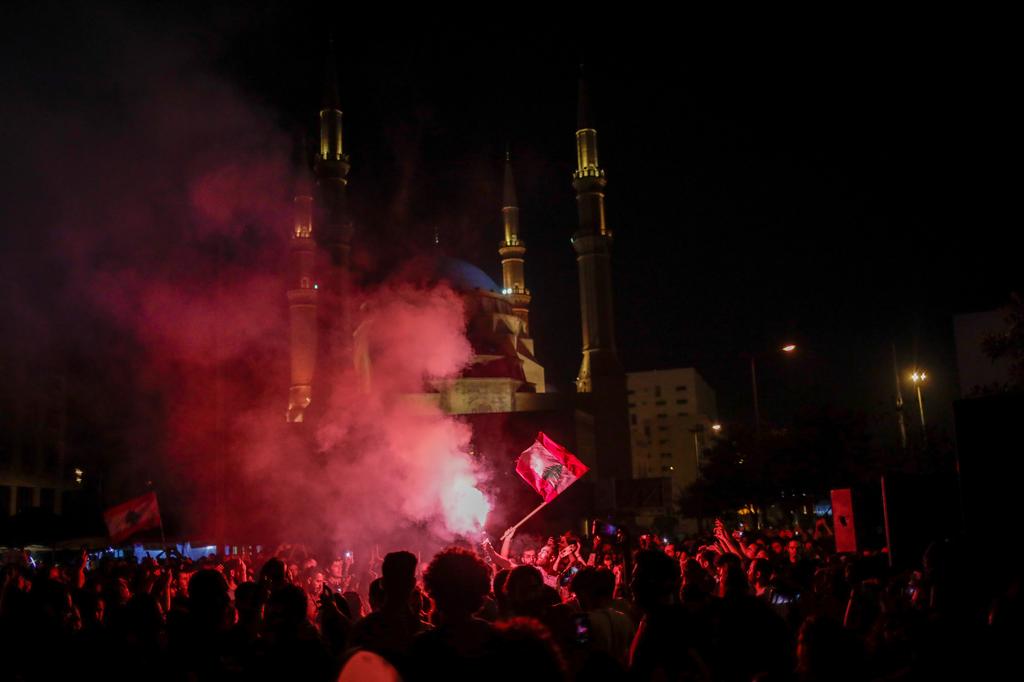 BEIRUT (Reuters) – Lebanese bank staff are facing abuse from customers angered by restrictions on access to their cash, the employees’ union said on Friday, reflecting intensifying pressures in an economy gripped by its deepest crisis since the 1975-90 civil war.

With Lebanon paralyzed by political and economic turmoil, its politicians have yet to make progress toward agreeing a new government to replace one that was toppled by an unprecedented wave of protests against the sectarian ruling elite.

Saad al-Hariri, who quit as prime minister last week, is determined the next government should be devoid of political parties because such a cabinet will not be able to secure Western assistance, a source familiar with his view said.

He is still seeking to convince the powerful, Iran-backed Shi’ite group Hezbollah and its ally the Amal Movement of the need for such a technocratic government, the source said. Hariri’s office could not immediately be reached for comment.

One of the world’s most heavily indebted states, Lebanon was already in deep economic trouble before protests erupted on Oct. 17, ignited by a government plan to tax WhatsApp calls.

Since reopening a week ago, banks have been seeking to stave off capital flight by blocking most transfers abroad and imposing curbs on hard-currency withdrawals, though the central bank has announced no formal capital controls.

The banks’ moves have led to threats against their staff.

“Clients with guns have entered banks and security guards have been afraid to speak to them as when people are in a state like this you don’t know how people will act,” said George al Hajj, president of the Federation of Syndicates of Banks Employees.

Bank staff are considering going on strike, he said.

“Clients are becoming very aggressive; the situation is very critical and our colleagues cannot continue under the current circumstances,” added Hajj, whose union has around 11,000 members, just under half of the total banking staff.

A senior banker expressed concern that potential industrial action by staff could force the closure of banks from Tuesday onward. Banks will be closed on Saturday and Monday for a public holiday.

A big part of Lebanon’s economic crisis stems from a slowdown of capital inflows which has led to a scarcity of US dollars and spawned a black market where the Lebanese pound has weakened below its official pegged rate.

Some banks have lowered the cap on maximum withdrawals from dollar accounts this week, according to customers and bank employees. At least one bank cut credit card limits from $10,000 to $1,000 this week, customers said.

“Anything that touches the liquidity of the bank is being restricted,” said another banker. One bank told a customer that a weekly withdrawal cap of $2,500 had been slashed to $1,500.

Friday also saw the longest queues yet at ATMs, the senior banker said, as customers prepared for the two-day closure.

In central Beirut, several people tried and failed to withdraw dollars from an ATM belonging to one of the banks that is still dispensing dollars from its cash machines.

“It’s frustrating as I need money to keep me going for the weekend,” said one customer, a 25-year-old marketing professional. Another customer was able to withdraw cash in Lebanese pounds from the same ATM.

Hariri, who resigned on Oct. 29, has been holding closed-door meetings with other politicians.

“Hariri has made up his mind. He does not want a government with any politicians because this government cannot secure support from the West,” the source familiar with his view said.

Geagea, head of the Lebanese Forces Party, said the only way out of the crisis was the formation of a competent government independent of political parties.

“Every hour we hear of a crisis at the gates, whether it’s (supply of) petrol, flour, or medicine,” Geagea said in a telephone interview. “Everything is collapsing and the officials are on another planet, taking their time.”

Image; People light a flare as they attend a concert at a parking lot in downtown Beirut, Lebanon November 8, 2019. REUTERS/Andres Martinez Casares

Thousands protest in Lebanon after rally to support president